The RPS has a governing Council with 7 positions elected by the membership, and up to three co-opted members. This is also our Board of Trustees, responsible for our charitable objects and governance. They work with the staff and volunteers to oversee the running of the organisation.

To learn about our inclusion work, and the RPS Critical Friends, click here. 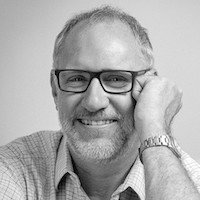 Joining the RPS as a teenager, Simon progressed through the Society’s distinctions before graduating with an MA from St Martins School of Art. He is an award-winning professional editorial and documentary photographer; the first British winner of the Longford International Art Portrait Award and a former BIPP Professional Photographer of the Year. Simon is also Managing Director and Lead Designer of VIDAR Media Group, designing museum and gallery exhibitions across the UK and Europe. He has won numerous accolades for his design projects including Best New Museum, the Arts and Heritage Renaissance Award, RHS Bronze and Silver medals, European Attraction of the Year and Best Global Attraction.

In addition to his photographic and design experience, Simon brings a diverse and essential range of skills to the Society’s Council. He holds an Institute of Directors Diploma in Company Direction and has held directorships on the board of over a dozen UK and European companies. He has been a Trustee of several arts and educational organisations including the Open College of the Arts. Simon is a qualified Member of the Chartered Society of Designers and was previously a Chartered Marketer, Fellow of the Chartered Institute of Marketing and Fellow of the Institute of Directors. He remains an active Fellow of the Royal Society of the Arts and of the Royal Geographical Society. 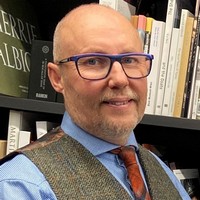 John is both a Chartered Accountant and a professional landscape photographer. He was previously a Partner in RSM, with responsibility for corporate finance and financial consulting, prior to setting up his own boutique consultancy business Integra Business Consultants in July 2011. He has a significant amount of experience in both the public and private sectors, including over 20 years of board level experience, in both SME’s and large Plc’s.

John has also worked extensively as a non-executive director, including both national and international charities.

In terms of his photography, John produces fine art landscape images, as well as running workshops and working for corporate clients, including Tourism Ireland and Bord Failte.

Avijit has taken an interest in photography from childhood, spending evenings in the darkroom and winning his first photography club prize aged 10. As an undergraduate, he was lucky to receive training in Optics from his tutor, the Nobel laureate Professor Sir Andrew Huxley OM. As a junior doctor, he received teaching in photography and art from Bill Brandt. He has used functional imaging for some of his published scientific research. Within the RPS, Avijit has been Deputy Chairman of the Contemporary Group, and has promoted member participation and engagement internationally through a series of illustrated blogs on COVID-19 which has covered themes including teaching underprivileged children photography, mental health, mindfulness and the NHS. Avijit is also part of the RPS Critical Friends Group.

Avijit brings a diverse and essential range of skills to the Society’s Council. For several years, he has been a Trustee and Board member of several Arts and Educational organisations liaising with the Arts Council and other funding bodies and meeting Department of Communities and Local Government (DCLG) and Department of Culture Media and Sport (DCMS) objectives. Avijit has served on Diversity and Equality, Personnel and Governance and Audience Development committees for those Boards and been involved in the assessment of Public institutions against Equality criteria. 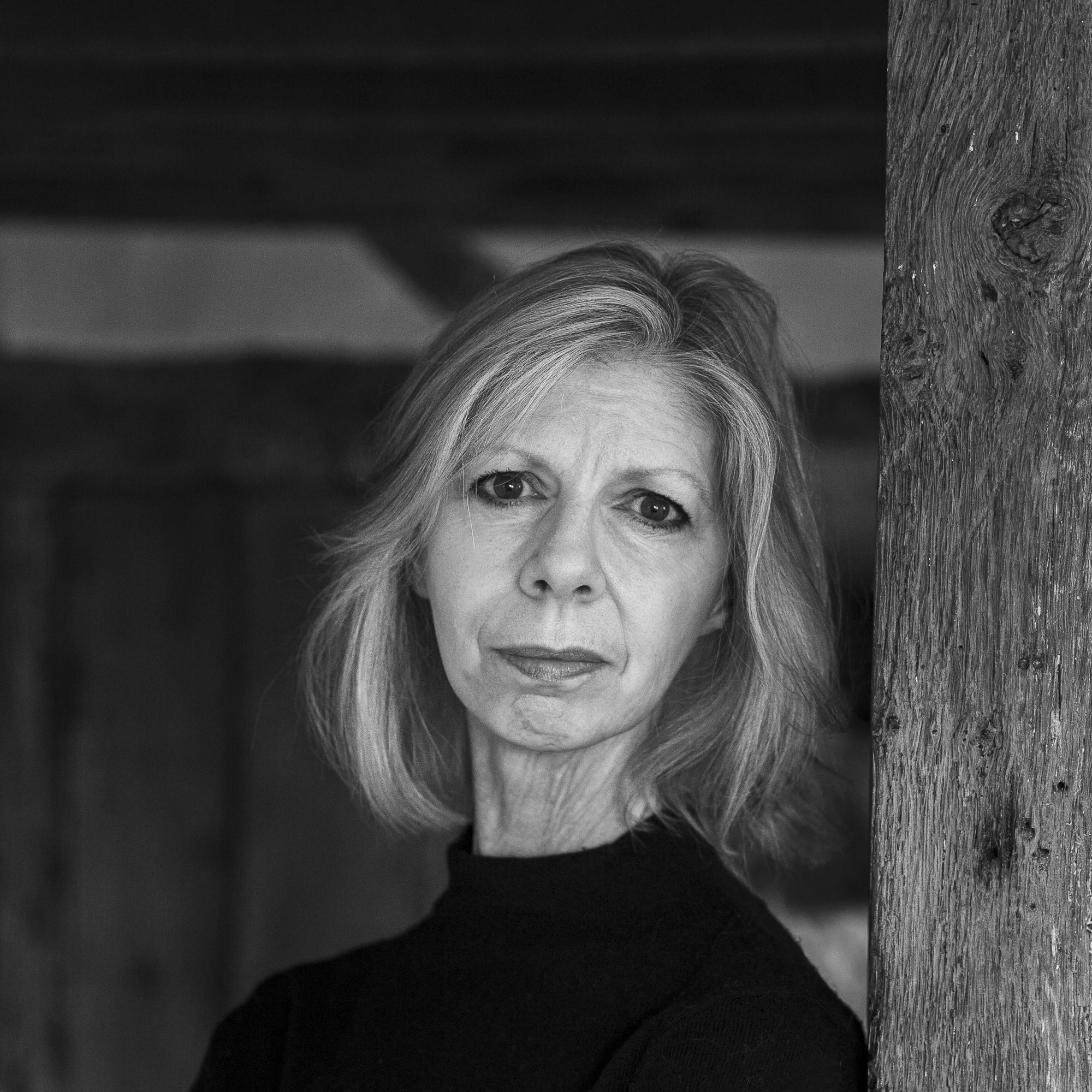 Based in Wiltshire, Sarah is a professional portrait photographer, specialising in creative documentary and environmental natural light portraiture, working on location across the south west and beyond. She joined the RPS in 2016 while studying photography at the Salisbury campus of Wiltshire College, and holds both Licentiate and Associate (Contemporary) distinctions. She’s often spoken at RPS Distinctions events, and in 2020 joined the Distinctions Panel as a Licentiate advisor and assessor.

Prior to life changing events ten years ago, Sarah was a successful business and marketing strategist with expertise in digital, health, and media channels, and has worked with every kind of enterprise, from local SMEs to national charities, the BBC, and global pharmaceutical brands. She has also served on the board of Governors for the Kent Community Health NHS Foundation Trust, volunteered with local cancer, wildlife and other animal rescue charities, and remains a founding member (and was Trustee) of Flat Friends, the only UK charity dedicated to the support of women who choose to live flat, without reconstruction, after breast cancer. 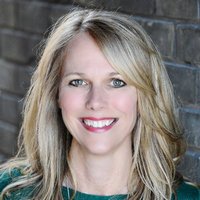 Heather brings over 20 years of entrepreneurial Not-for-Profit and Foundation executive leadership and consulting experience to the RPS. She is known for her vision, professionalism, leadership and strategic skills and has worked globally and across a number of sectors, having held senior roles in Canada at RBC Financial Group, McClaren Momentum and Sponsorship Marketing Council Canada.

After establishing her own consultancy, Heather has helped to realign organisations with their ever changing stakeholder environments, and designed and managed award winning programs for clients such as The Royal Conservatory of Music, the Sunwing Foundation, the Toronto Mayor’s Arts Awards, Business for the Arts, Canadian Breast Cancer Foundation and others.

Born and raised near London, UK, Heather travelled, then lived, studied and worked in Japan before settling in Toronto, where she first picked up a camera to start photographing her children and became “hooked”. Since returning to the UK in 2017, she joined the RPS to draw inspiration from its members and also to learn more through programs such as the Open University online course. She currently resides with her family in Devon and, as well as spending time as an active volunteer, also enjoys pursuing yoga, cycling and language studies.

Andy has been teaching photography, for more than 30 years. He was a Visiting Professor of Photography in Nanjing, China and has taught, lectured and exhibited internationally. He was the Head of photography and film at the University of Westminster.

Andy has been an advisor for the RPS since the 1990’s including serving on the Distinctions Advisory Board, Education Committee, Awards Committee and recently set up the Film Panel. He was awarded the Fenton Medal in 2009.

His other significant voluntary role is Chair of his local youth football club.  Andy continues to teach part time and professionally he is working on accreditation of a school and a university, ensuring the highest standards of equal opportunities and diversity, teaching and learning, assessment, feedback and all aspects of quality assurance. 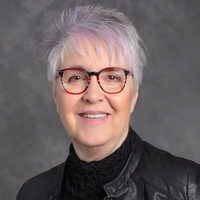 Over the past few years, Janet has used many of the skills she developed over her career in her RPS volunteer roles including Chair of the Digital Imaging Group (DIG), Joint Organiser of the Benelux Chapter and LRPS Assessor.

Janet has recently returned to live in Torquay, but previously spent 6 years in the Netherlands.  Whilst there she lead the Rockin' Rotterdam project, in which 100+ individuals were tasked with photographing all 3000+ streets in the city. During her six-year tenancy of the DIG Chair role, the Group went from strength to strength, focusing on inspiring and educational new initiatives for the benefit of members. 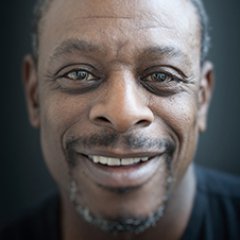 Before transitioning into his photography practice, Mervyn’s career was in the areas of Sales, Marketing and Project Management, in which he amassed a wealth of experience and several professional qualifications including a post-graduate ‘Diploma in Management Studies’.

Mervyn is a staunch advocate for the use of photography as a means to engage and inspire communities and individuals. It is his expertise in this area which he brings to the RPS.

Within his photographic practice over the past 12 years he has worked as the Community Engagement Officer for The New Art Exchange ( the largest gallery in the UK dedicated to culturally diverse contemporary visual arts) and with schools, using photography to help bridge the gap between urban and rural schools, and introduce black role models through photography workshops.

10 years ago (until present day) he co-founded the Nottingham Photographer’s Hub, giving a voice to marginalised people and communities. They work with Adults with mental ill-health and Young People who are not in education, employment or training. During this time Mervyn has gained an MA in Photography, and continues to develop his personal photographic skills and knowledge.

Brian Pomeroy was the Senior Partner of Deloitte Consulting until 1999 when he took up a number of public, private and voluntary sector appointments. From 2007 to 2013 he was Chair of The Photographers’ Gallery and currently serves as Chair of the Royal Photographic Society’s Awards Committee and as a trustee of the Oxford Photography Festival.  He is Chair of the Kraszna-Krausz Foundation which awards prizes for photo-books and books about the moving image.  He is an active photographer (ARPS) and collector of photographs and photo-books. He holds an MA in Photography.

Our staff team, based in Bristol, are lead by the Chief Executive Officer and look after the day to day running of the RPS. The staff also work with over 500 volunteers in the UK and beyond, who support the RPS with their expertise and extend our reach to thousands more.