I took up Photography in the 1970's to photograph our children growing up and  built a make shift darkroom in the spare bedroom, learnt to develop and print Black & White 35 mm, faded away after a few years, until 2007. I bought myself a small DSLR and a couple of lenses.

I did a couple of night class courses at the Grimsby College. I join Louth P.S. in 2008. Took an active part in the program and learnt a lot and had a spell as well on the committee, which put me off committees for ever, I'd sooner herd kittens.

I'd had some competition success at Louth but thought it was time to push on, so, I left to join Grimsby P.S in 2011, again took part in the competitions and had some success.

I join the RPS in 2014, with the aim of having ago at gaining the distinctions they offer, as a measure of where I am in the photography world.

I gained a LRPS in 2015, which was assessed at the Photography Show at the NEC Birmingham that year, which was good.

My panel of 10 was assessed in the afternoon, which I attended, the first 6 panels all passed before my was shown, I thought well they must fail one soon was it going to be mine, no I passed, great!, what a good day. 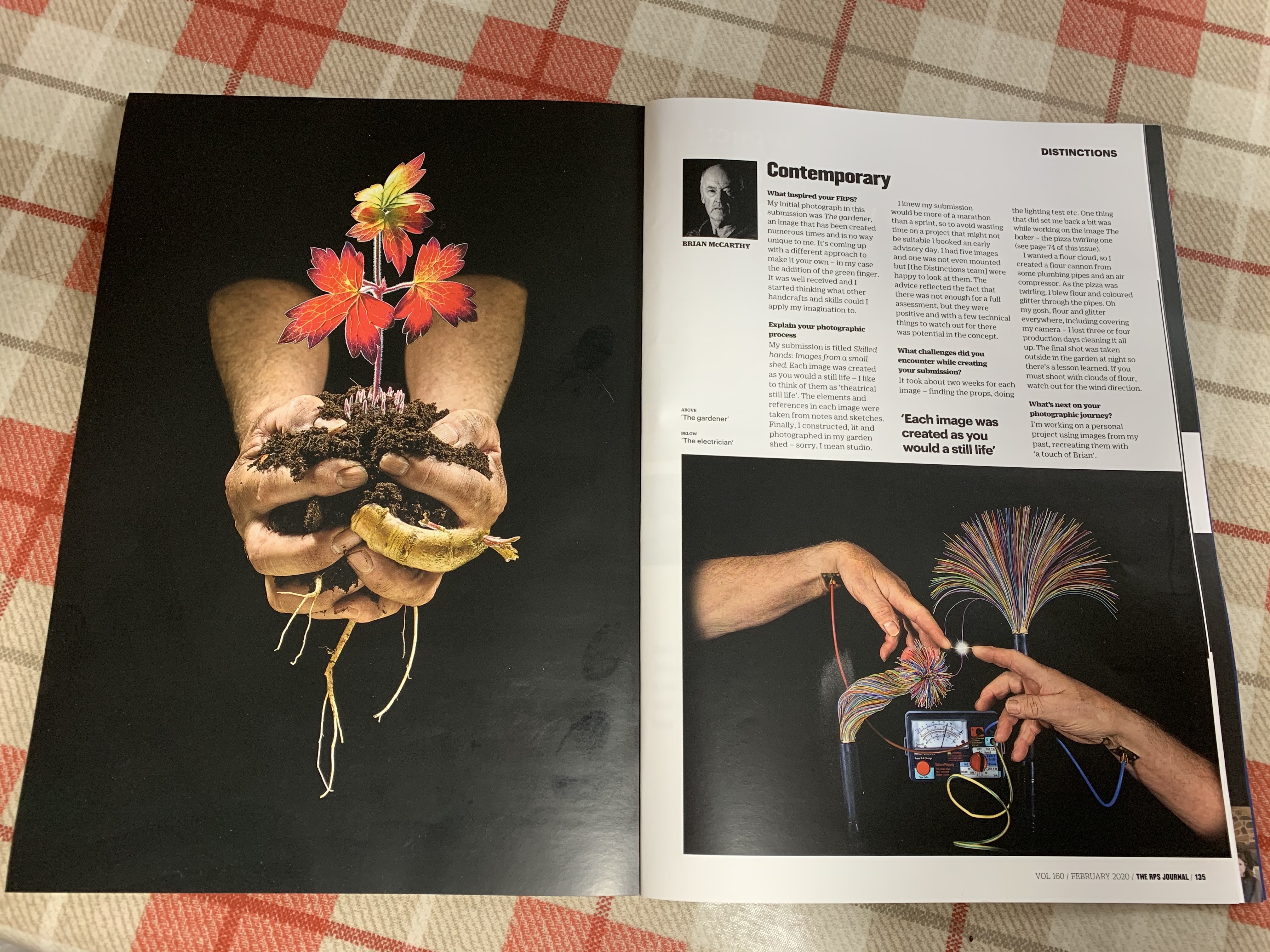