The number of tickets for this workshop is limited to ensure all attendees get maximum value, please book early.

Please also book via the website, there is no 'pay on the door' facility, sorry.

The Visual Art Group have invited Stewart Wall ARPS, who is the Regional Organiser for East Midlands Region, a distinctions panel assessor and member of the Distinctions Committee to organise and facilitate the day.

The event is at Long Compton which is on the borders of Central Region and Thames Valley.

It is relaxed workshop and is aimed at members and non members who would like to learn more about the RPS Distinctions Journey and could be for you if you are interested in finding out more about doing a Licentiate distinction or Associate distinction in Travel, Applied, Documentary, Fine Art or Conceptual and Contemporary.

In the morning there will initially be a series of short presentations by members who have been successful with their panels and then the majority of the day will be workshop based, looking and talking about attendees ideas for their own panels.

You will learn about criteria, writing statements and paneling and sequencing, all of which should help you on your own journey to success.

Timetable for the Day

Stewart Wall MA ARPS is an RPS panel assessor and Distinctions Committee member and will introduce the day, describing its purpose and also how he sees, based on the RPS criteria, the progression of the three levels of distinctions 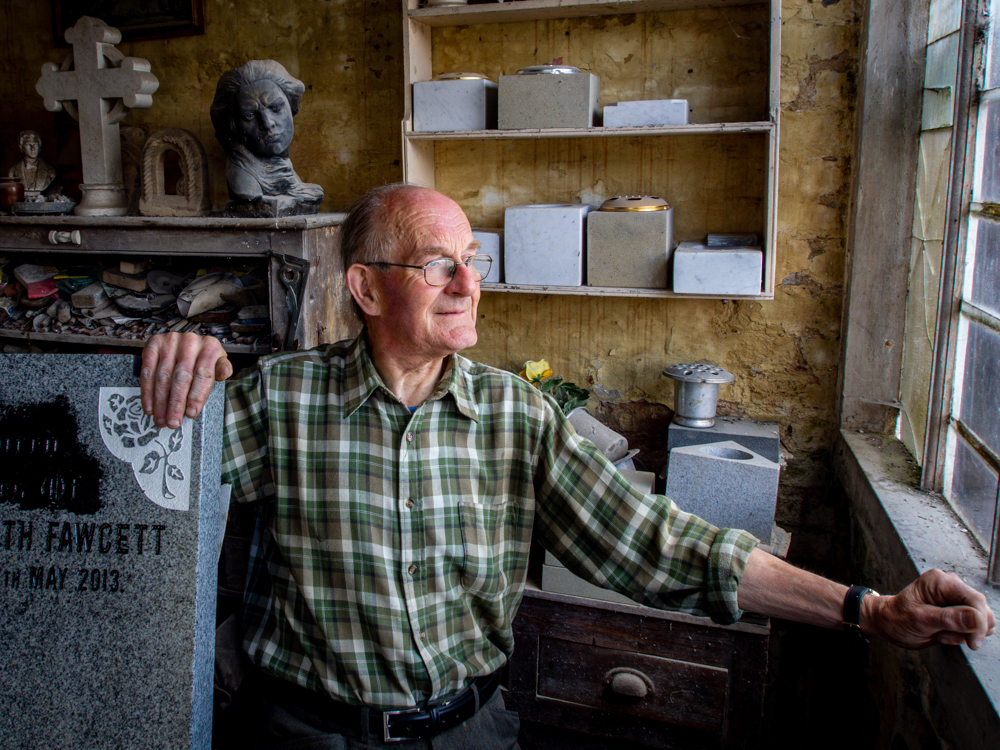 As well as talking about current aspects of distinctions he will talk about his first failed associate panel, which was based on his professional work and then his succesful panel where he documented his neighbour, the town's local stonemason and told the story of how many generations of the stonemason family had worked from the same 12ft square room since 1886.

The journey between distinction applications opened up a completely new approach to photography for him and led him to undertake a BA (hons) and an MA (both in contemporary documentary photography) and he will discuss his future plans to do a fellowship and a PhD using the same).

WHAT DID DOING A DISTINCTION DO FOR US? 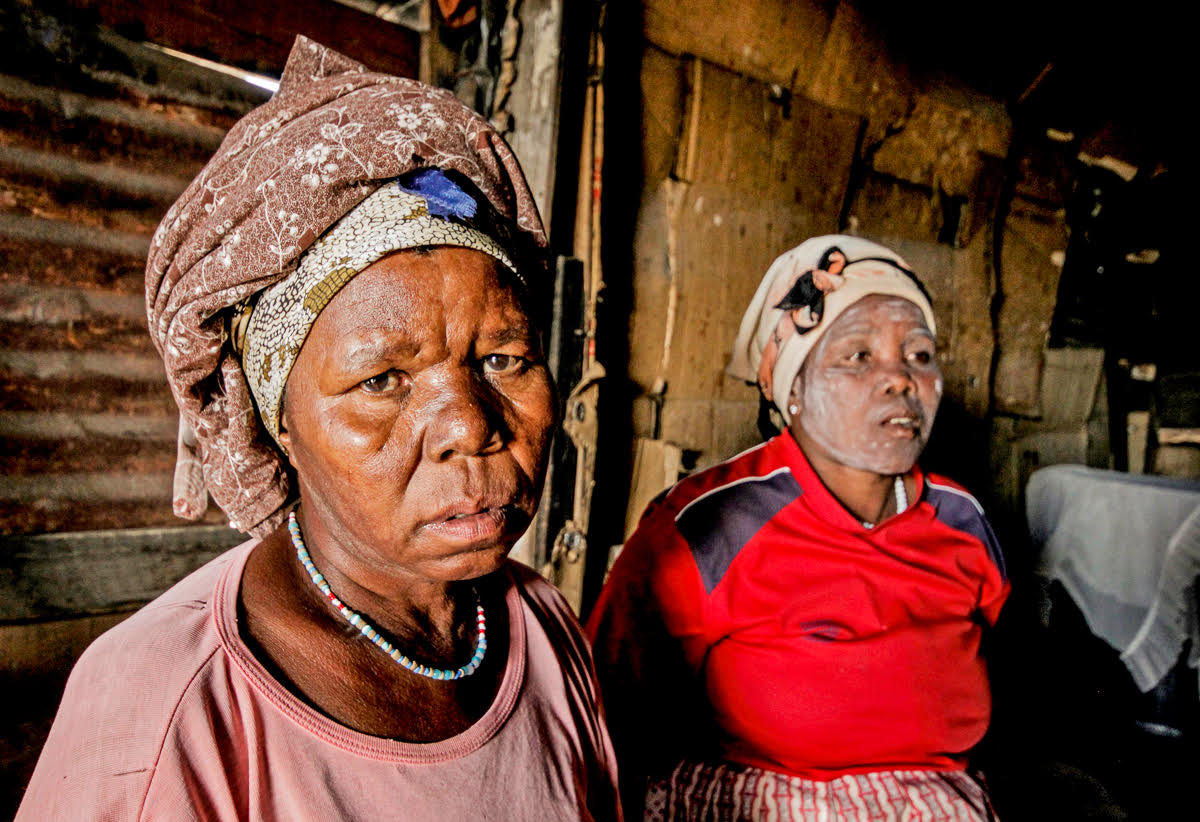 John Cavana will talk about gaining his associate distinction in Applied Photography in May 2019, just over 2 years after being awarded his licentiate.

He assembled his panel over several months from a collection of many images from a township district in Cape Tow where he had visited the impoverished area for several years and had learned something of the lives of some of the inhabitants. He had observed a very strong community spirit existing despite life proving hard for the people who were articulate, savvy and politically aware.

John chose to present his panel in colour, avoiding the ‘gritty’ monochrome approach and will describe how the wording of his Statement of Intent was vital in securing success and formed a very significant part of the assessment process. 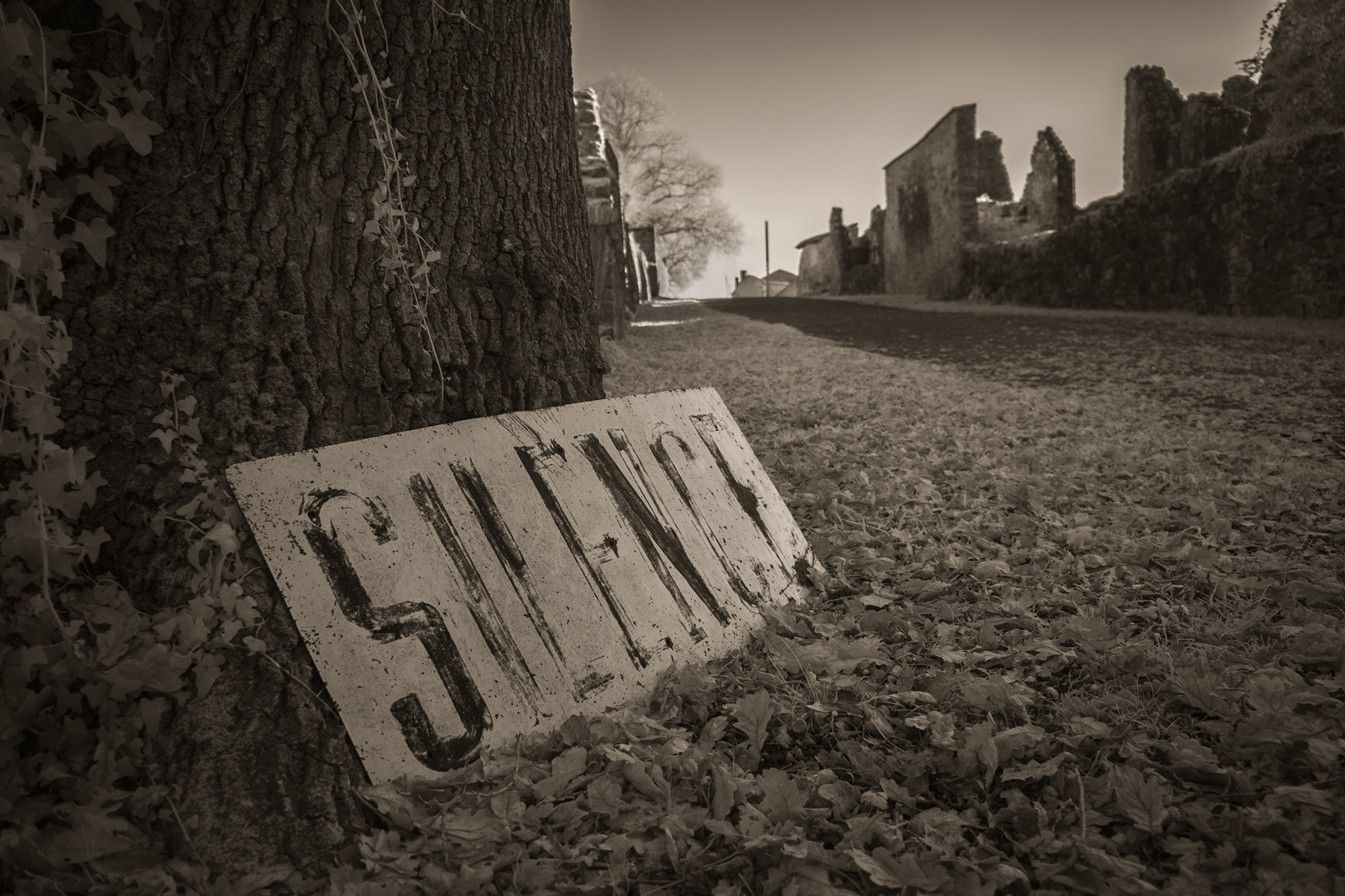 Robert Herringshaw eventually gained his ARPS in the Conceptual and Contemporary category in the spring 2019. During the workshop, he will explain how this was an emotional journey and one which necessitated him returning to Oradour sur Glane to reconfirm his work .

Robert will further explain the power and importance of the written statement not only in the preparation and the capture of the images but in the final adjudication by the panel of specialist assessors.

One of Robert’s photographs , he says, changed everything for him. ‘A river of tears, in a place that for just one day seemingly became devoid of all humanity.’

I am sure he will tell us, that as good as the end result undoubtedly is , it is the process that is important. How it has helped him develop as a photographer and returning to France was a reaffirmation 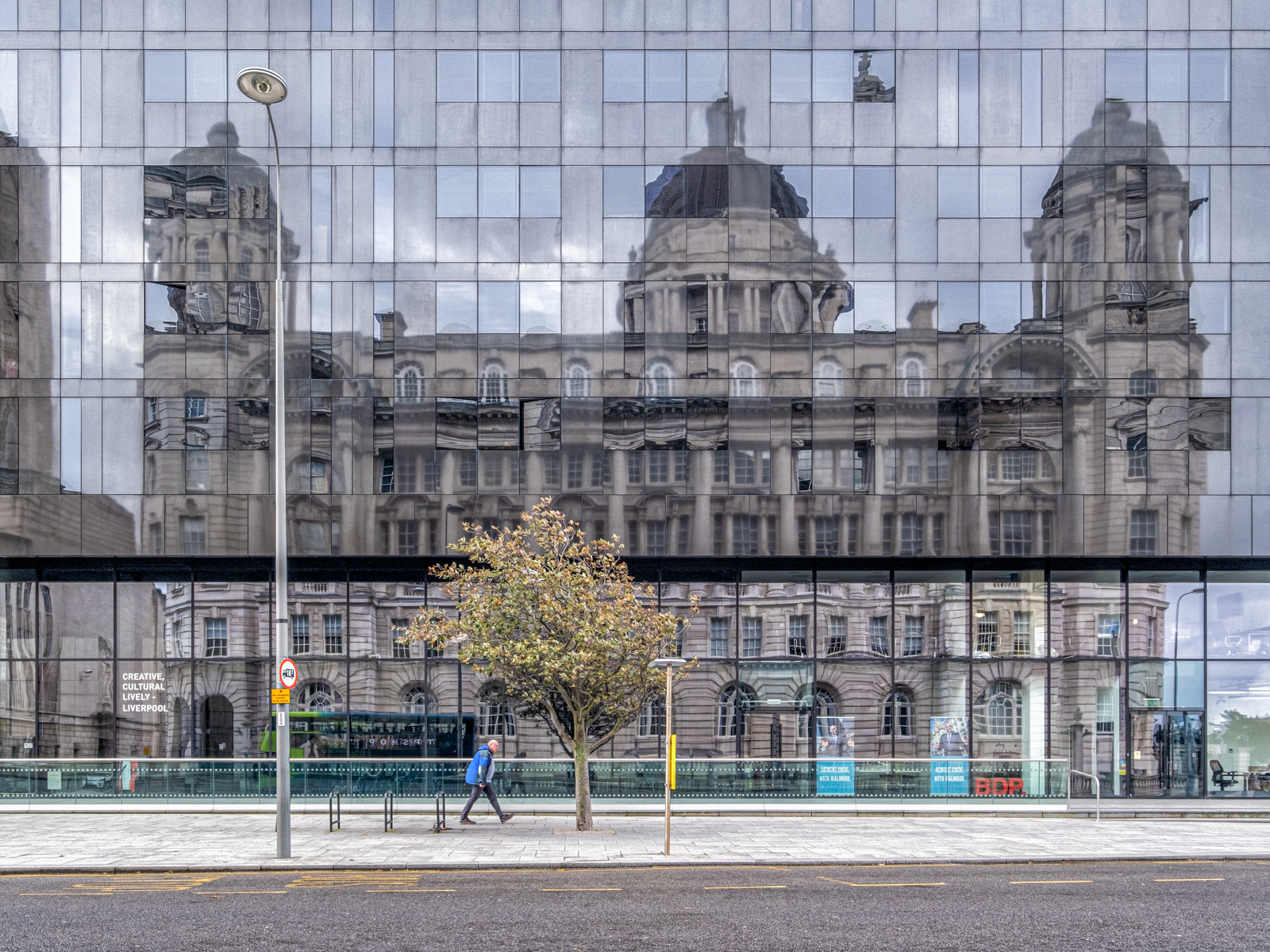 Wendy Meagher enjoyed an early Christmas present in December 2019 when she was recommended for her licentiate, something she had been carefully planning for throughout the year.

Wendy, already an experienced visual art photographer, and member of the RPS Visual Art Group Committee will talk about how she carefully ensured she demonstrated her camera work skills, as well as her visual awareness and Communication skills in photography by creating an overall impression of a competent and skilled photographer. She did this through careful selection of images and a well designed panel layout.

In the image shown above the panel of assessors highlighted the clever placement of the person in blue which shows a 'thinking photographer'. Henri Cartier-Bresson, the French humanist photographer and who is considered by many as being a master of candid photography might have referred to Wendy as having 'captured a decisive moment'.

Wendy attended a similar event to this one at Grimsby in 2019, as an applicant and is pleased to be helping others by talking about her experience a few months later. 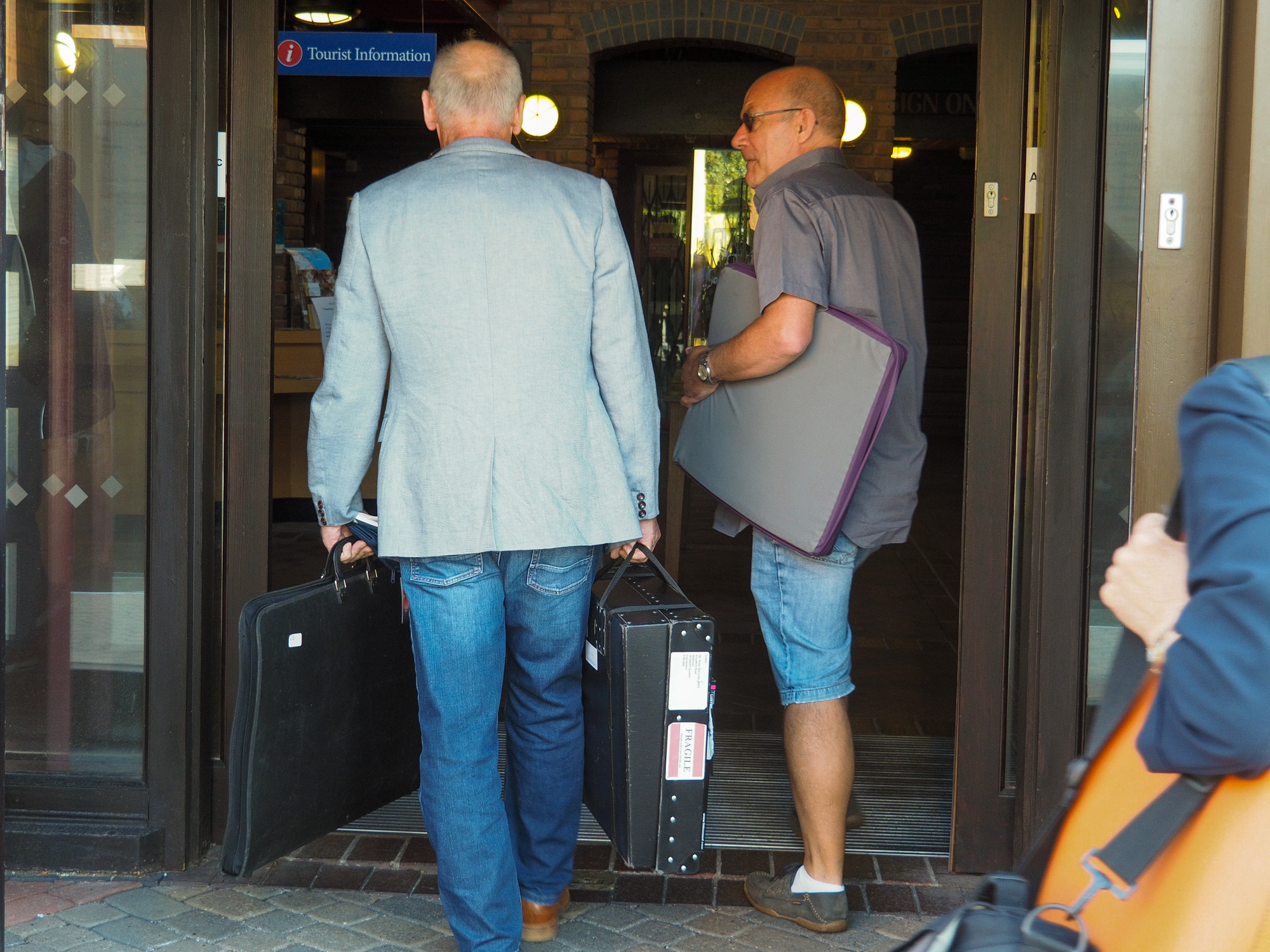 The workshop is the majority part of the day where you, as the attendee will have the opportunity to sit and talk to all the speakers, and each other about your own panels and thoughts in a relaxed atmosphere. 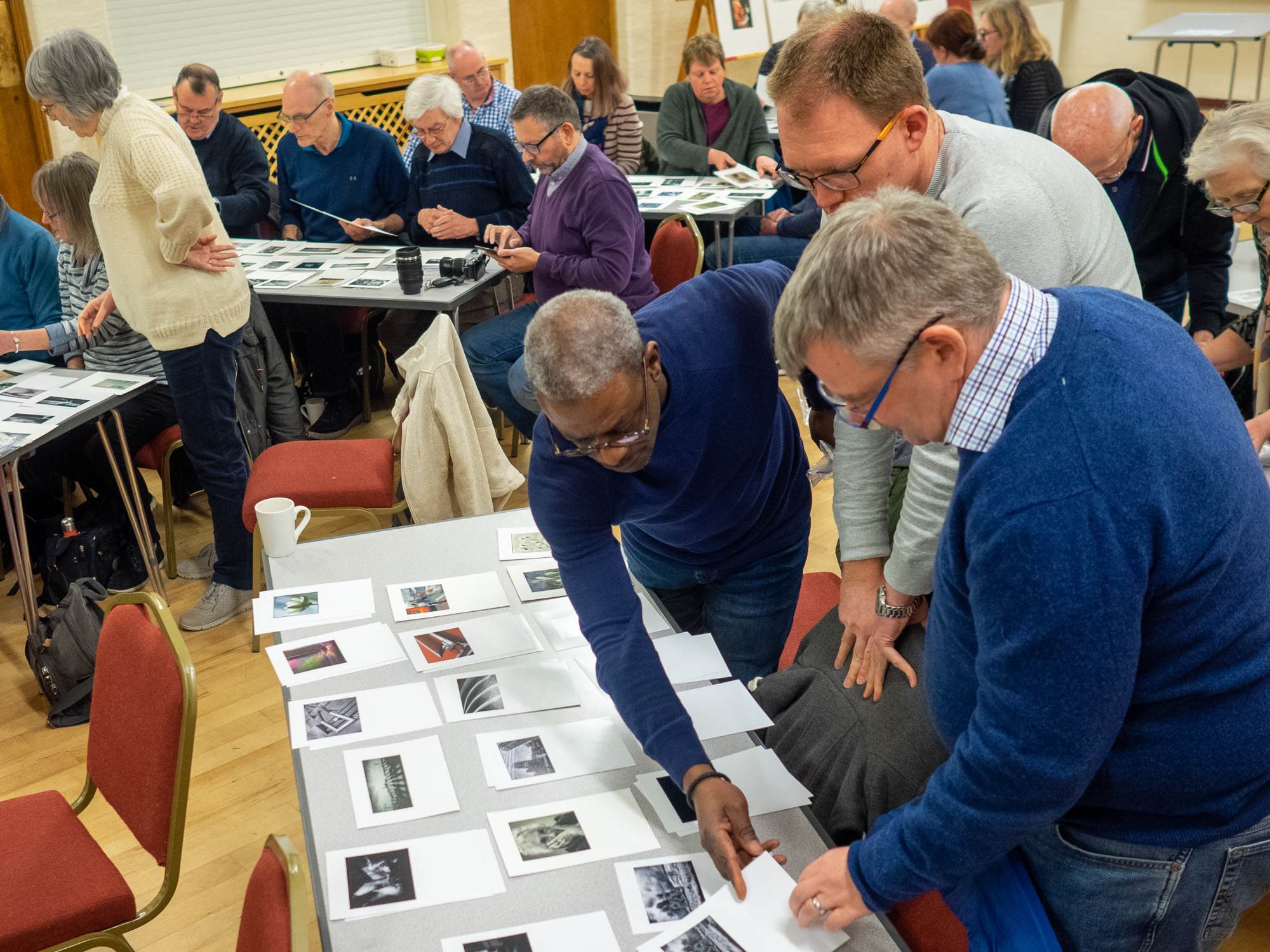 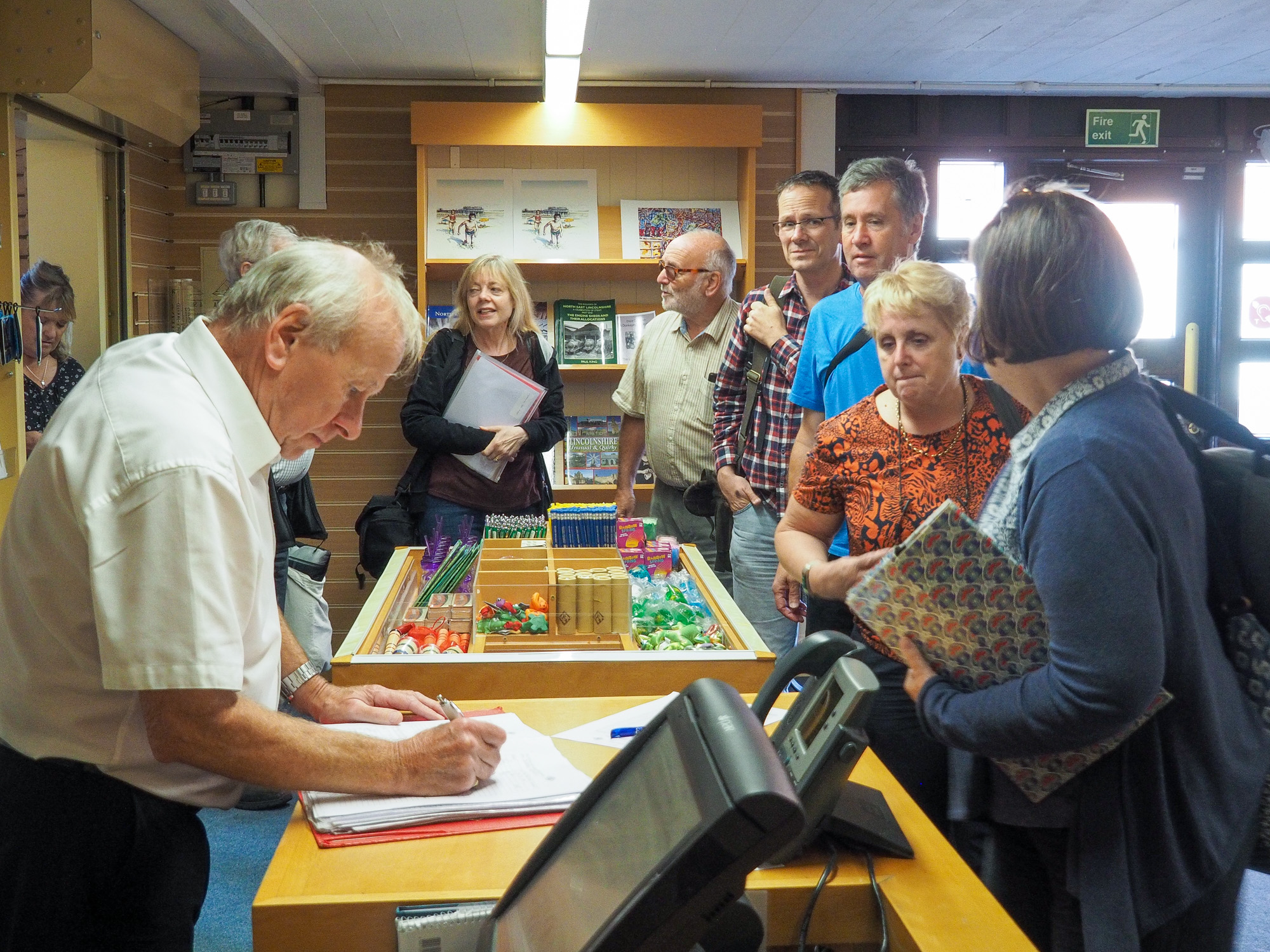 The event is ideal for anyone with an interest in doing a distinction, your work might be almost ready for submission, or you might be at the beginning of your journey and just want to find out more.

If you wish to cancel your booking PLEASE let the event leader / organiser know with as much notice as possible. If nothing else, this can avoid them delaying the start of the event while they wait for you.

If you have paid for an event, please note that this fee/ticket price is non-refundable unless we are able to sell your place to somebody else. You are welcome to sell your place yourself but, again, PLEASE notify the event leader / organiser in advance of any change.

Event leaders are asked to make plans for alternative activities or locations in the case of poor weather and, in most cases, events will proceed despite poor weather unless, in the view of the event leader, the weather will lead to unacceptable safety risks or very little chance of successful photography. It is inevitable, however, that occasionally an event will be cancelled for this or another reason beyond the RPS’s control.

Occasionally an event may also be cancelled owing to lack of bookings. So if you wish to attend an event, don’t leave it till the last minute to book as it may be too late.

If an event is cancelled we will give you as much notice as we are able and any payment by you to the RPS in respect of the event offered as a full refund. In the case of events cancelled because of lack of interest we will aim to give at least three weeks’ notice wherever possible.

Please note we are NOT able to refund any associated or consequential costs including but not limited to travel, accommodation, insurance premium or other costs incurred by you in order to attend the event.