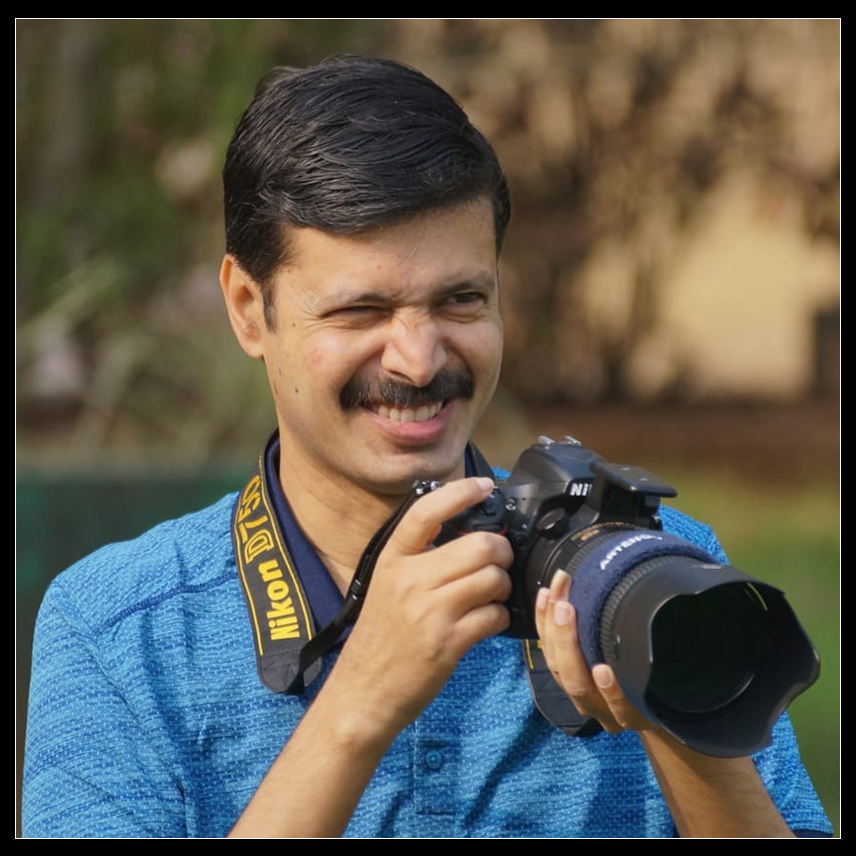 My colleagues gifted me a compact film camera (Yashica Ez Mate) during my marriage reception party in July 2002. I used that camera during my honeymoon and exposed five rolls. After development and printing I became very much excited and started taking photographs on regular basis. Subsequently, my father-in-law Mr Sudhir Ch. De, gifted his own SLR camera (Zenit) to me and I started experimenting with new energy. In 2004, I had taken admission in Photographic Association of Dum Dum (PAD), Kolkata, where I met world famous photo artist Sri Benu Sen. This year, I had purchased Nikon F75 camera with 28 - 80 mm lens.
In PAD, I learnt every parts of photography – starting from the history to advanced theory of exposure, composition, film development, printing along with physics and chemistry associated with the process. I had exposed and developed hundreds of black and white films (Kodak T-Max, ISO 100), enjoyed 15″x12″ printing in classical darkroom. I successfully completed three year’s Diploma in Photography from PAD in 2007. I consider the year 2008 to be a critical one in my journey. This is the year when I realised that in near future, conventional film photography will be completely replaced by digital photography. Hence, I purchased my first DSLR Nikon D80, learnt Adobe Photoshop and prepared myself for future challenges. In the same year I participated in International salon and got acceptance as well. So far, I have received many prestigious Honour like ARPS, EFIAP/s, GPU-Hermes, c*MoL, E.AAFR, FFIP from different countries. My works have been exhibited in 81 countries till date.
Photography gives me immense creative satisfaction. It also helps me to think “out of the box” and aids me in maintaining my mental and physical fitness. I am grateful to my wife Piyali and my daughter Anusmita for their whole hearted support and encouragement all the time.
ARPS