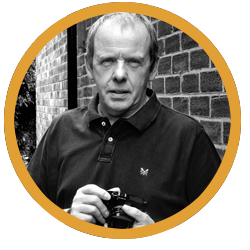 The Distinctions Talks Live event on Thursday 3rd December 2020 features social documentary and street photographer Steve Smith FRPS. He is best known for his work on Cuba for which he has gained Fellowships in Visual Arts and Travel. He specialises in producing monochrome prints from film and digital capture.

He has won many awards and been published in several national newspapers and magazines. He has been a member of the Visual Art panel, Creative & Pictorial panels, and the Fellowship Board of the RPS and now sits on the Documentary panel. He is also a member of the London Salon and Arena Photographers.

Steve will be interviewed by Peter Hayes FRPS, chair of the Distinctions Committee.

Join us on Thursday 03 December at 18.50:00 BST for a fascinating live conversation.

A link to join the conversation will be emailed on the Wednesday 02 December.