Over the last few years through the Royal Photographic Society East Midlands Region I have promoted the use of photobooks to disseminate work, and we have produced many collaborative books between members and guests of the region.

Just before lockdown in 2020 a group of us returned to Park Hill Streets in the Sky, the complex of flats that were built in the 1960s as social housing to create another book, having first gone there in 2015, and one of our guests this time around was Mark Slater, the regional organiser of the Yorkshire region, it was a pleasure to see him there. 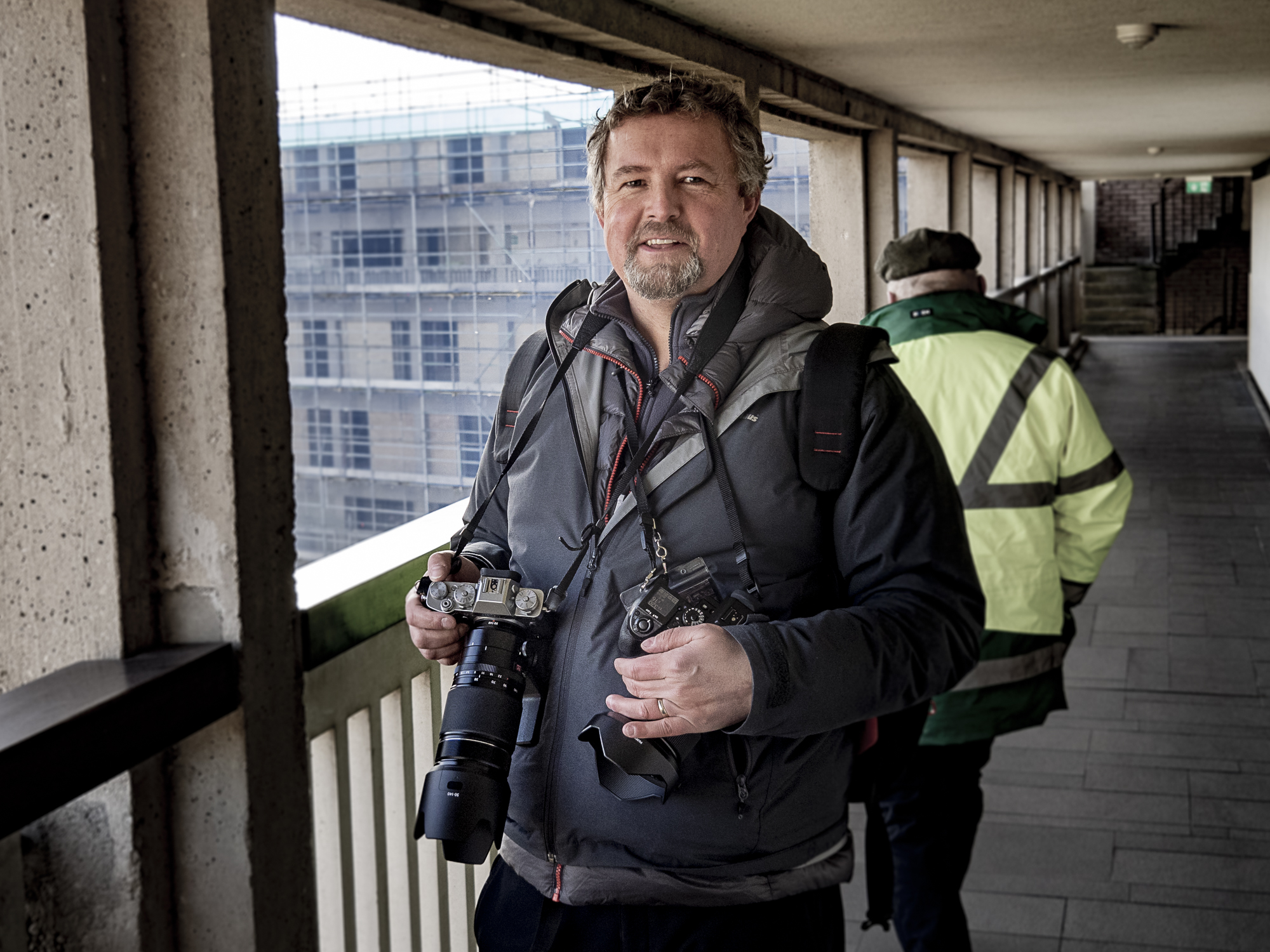 Mark has gone onto create a book of his own, which he calls “Refugees of Moria” and he will be discussing the book and the story of how it came about with us in this session. 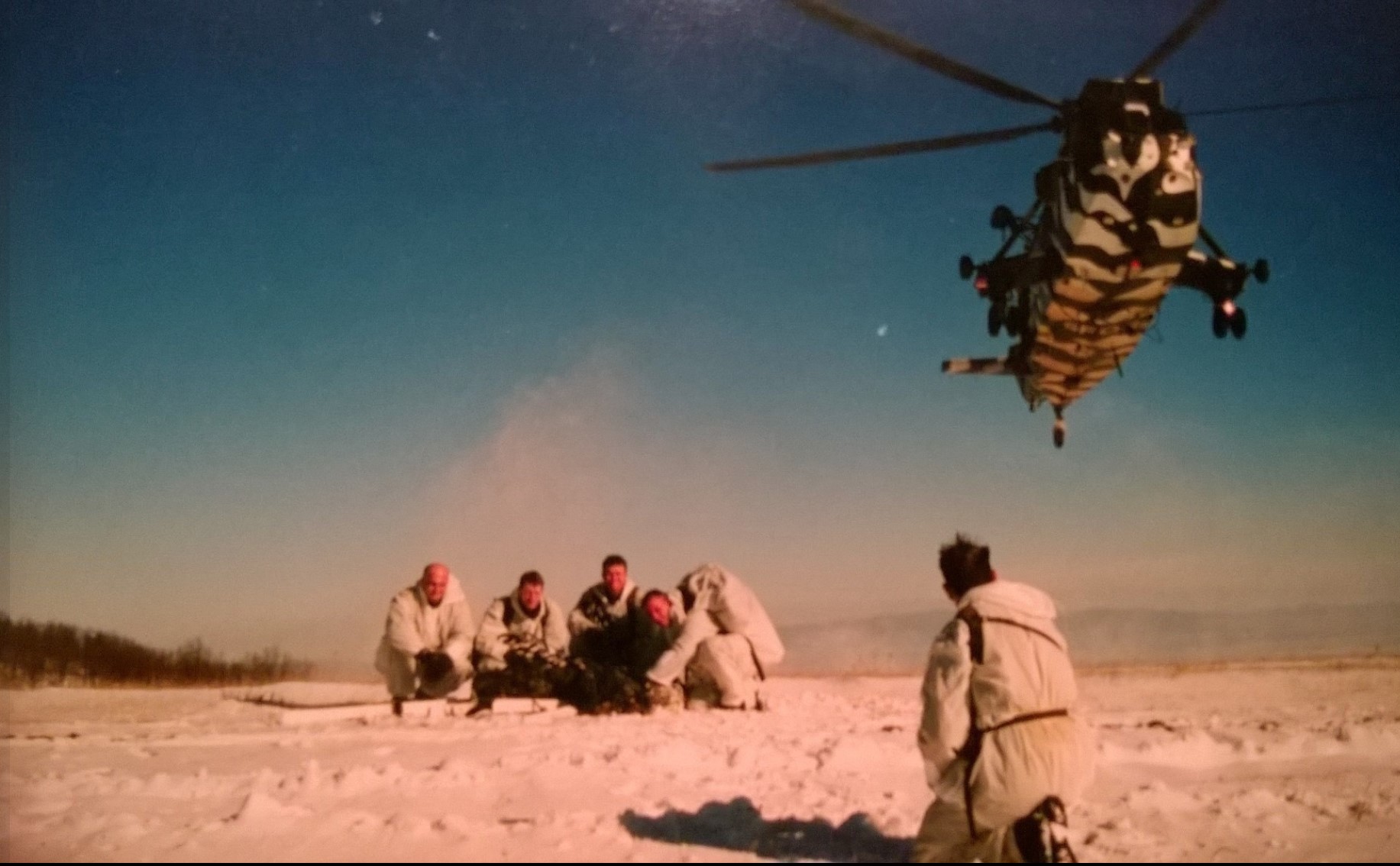 In the 1990s Mark Slater served in the Army in the Cavalry Regiment The Queens Royal Lancers and was crew on the Challenger 1 Main Battle Tank. This is where he started as a photographer, eventually becoming the Regimental photographer.  Mark documented Regimental life including operational deployments in Bosnia as Part of the Stabilisation Force (SFOR) at the end of the Balkans war. After an accident whilst on an operational tour, Mark left the military to pursue his love of photography and a different career.

But the witnessing first-hand the plight of refugees during the Balkans war still brings back uncomfortable memories for Mark, then moving forward 20 years and seeing the body of a small child Alan Kurdi washed up on a Greek beach it felt to Mark that nothing much had changed, this is Europe in the 21st Century how can this still be allowed to happen.  Mark was determined to see for himself the conditions that the refugees were having to endure and document the camp. 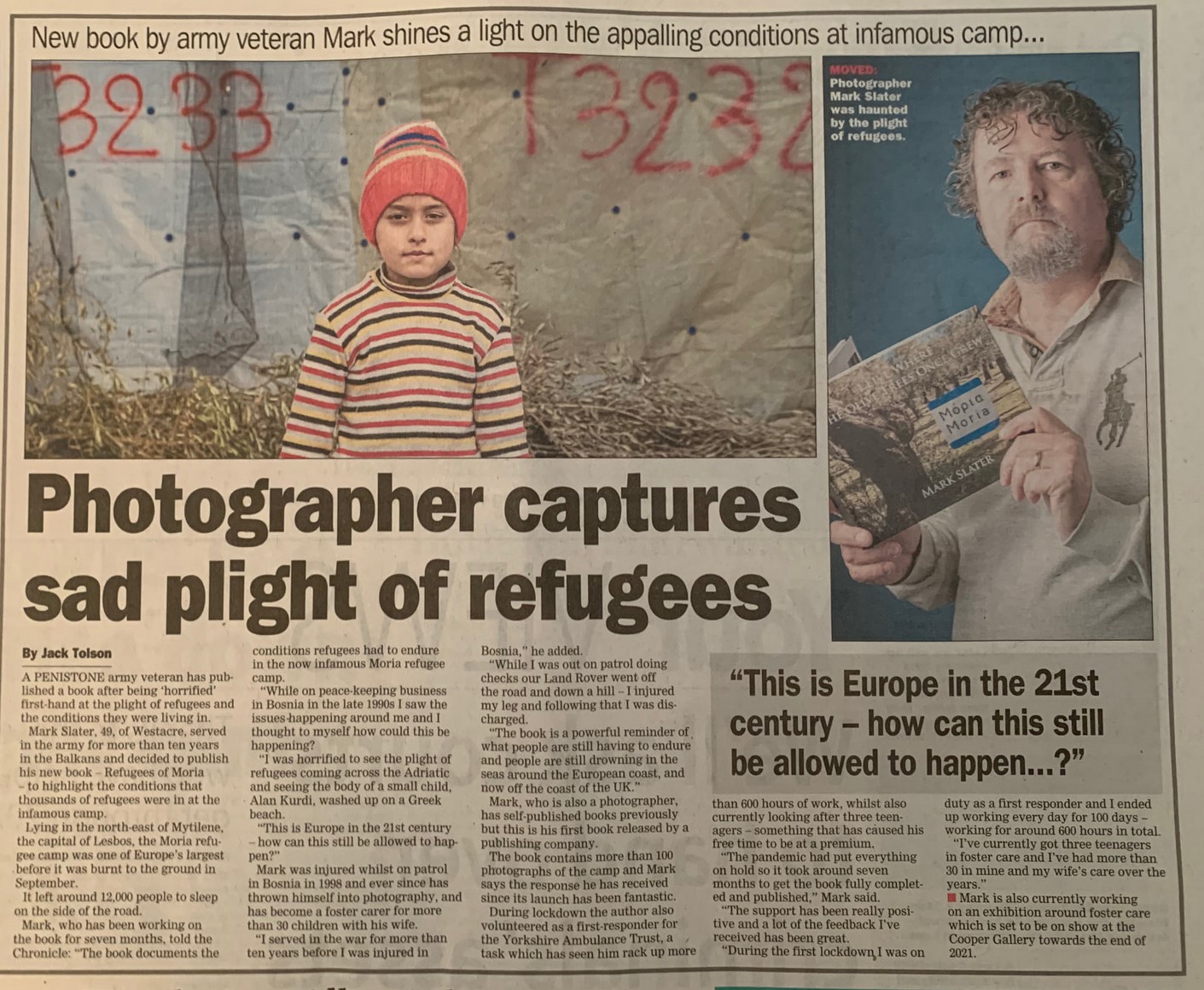 The subsequent book is a powerful reminder of what people are still having to endure and people are still drowning in the seas around the European cost and now off the cost of the UK, and Mark has been interviewed by local newspapers and radio stations about his expereince there. 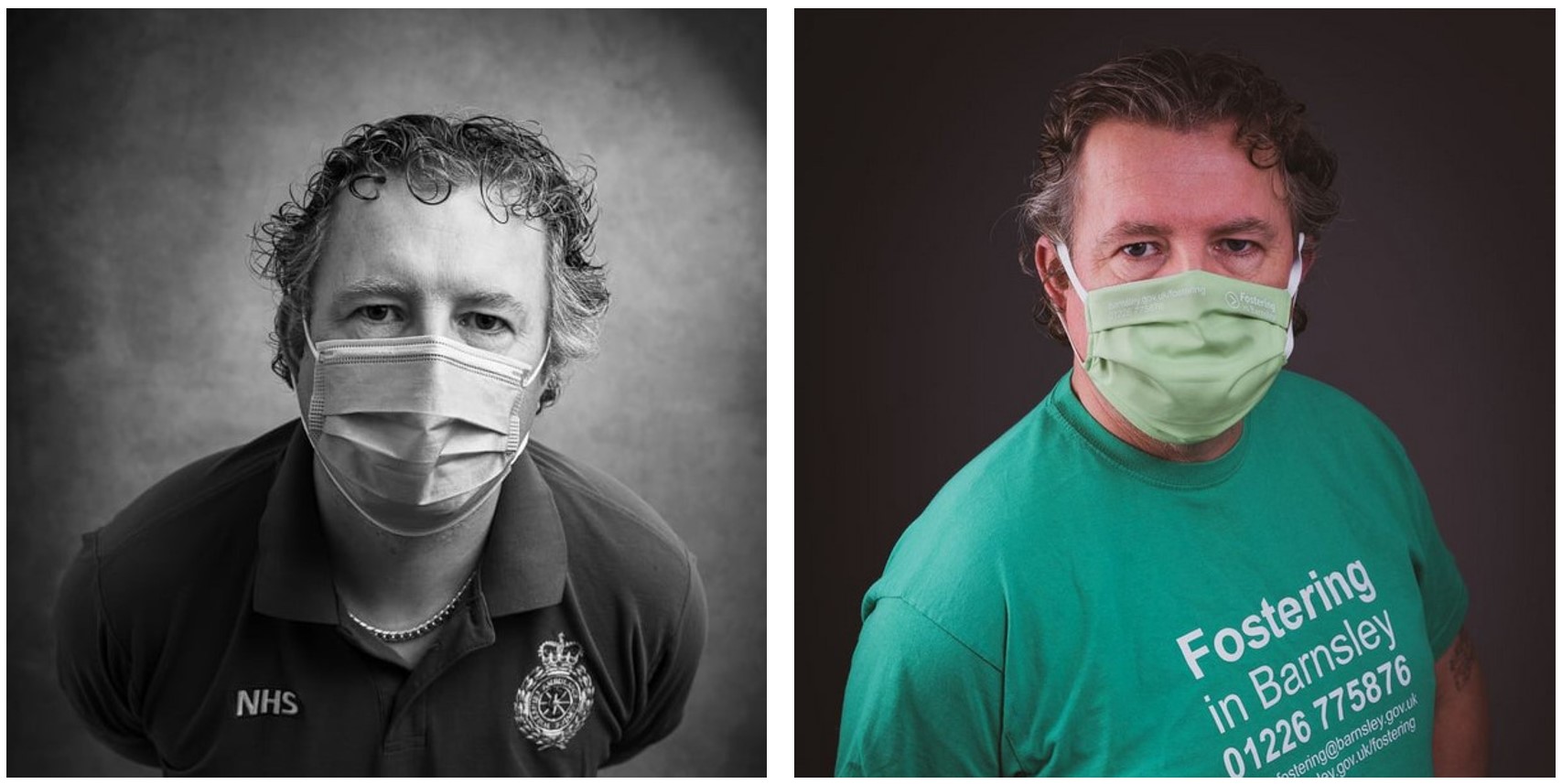 As a photographer based in Penistone, along with photography, Mark is also a foster carer looking after 3 challenging teenagers and a volunteer first responder for the Yorkshire Ambulance Trust. Which during the Covid-19 pandemic has meant that free time has been at a premium.  Mark will be hosting an exhibition of  a project he has been working on over the past year in the Cooper Art Gallery in Barnsley later this year.

The book is now available from Amazon and a contribution from every book sold will go to charities supporting the refugees.

I hope you can join us