Your web browser is out of date. Update your browser for more security, speed and the best experience on this site.
Find out more
We use cookies and similar technologies to optimise your experience when using this site, to help us understand site usage, and to tailor our advertising on third party sites. Read about Cookies and view our Privacy Policy at the bottom of each page on our website at any time.
A JavaScript execution error has occurred somewhere on this page. The page may not function as intended. Try refreshing before continuing.
Published 02 February 2021 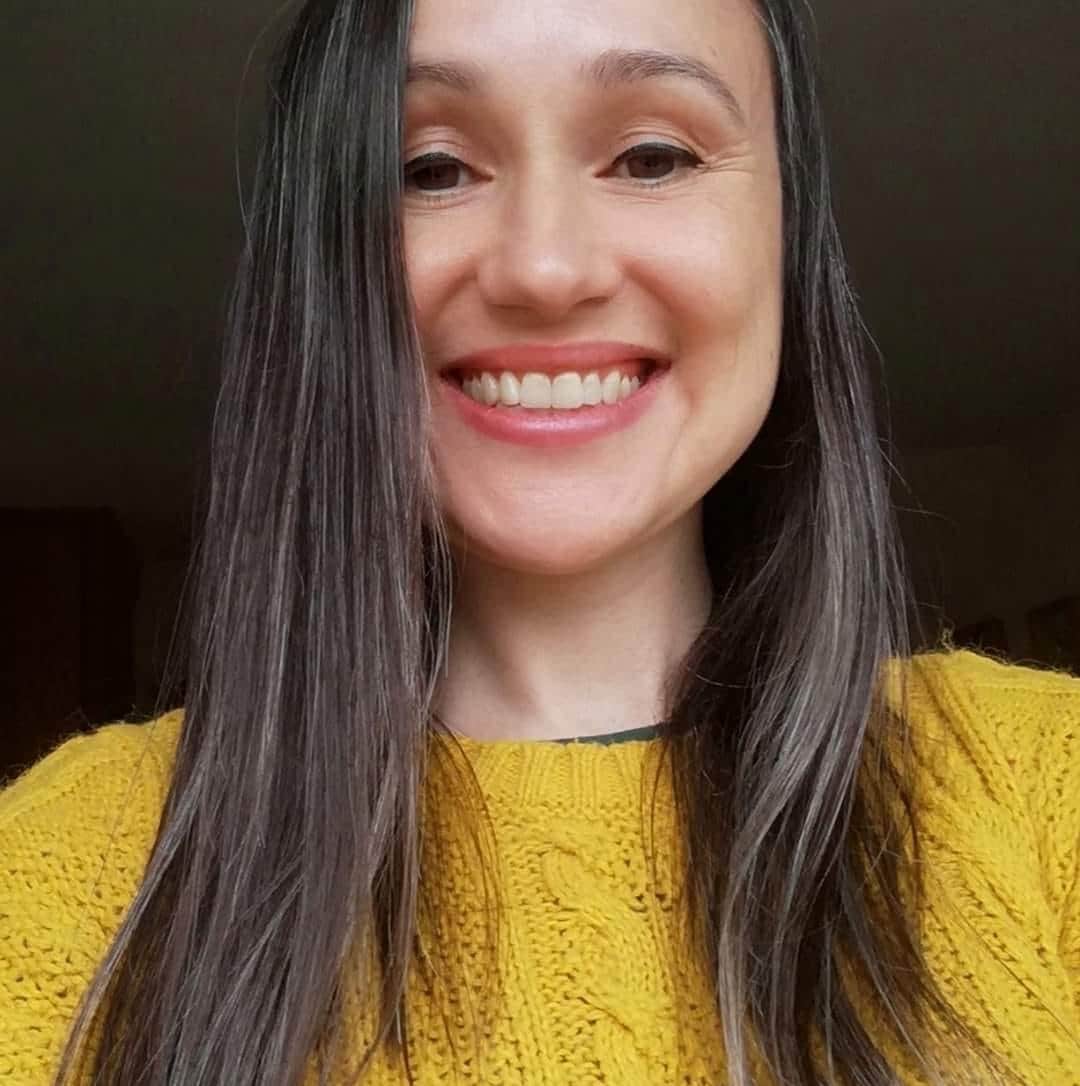 At a time when travel is so restricted, there is photographically little that is more welcome than the Travel Photographer of the Year 2020. The competition is a timely reminder of a bigger world than the smaller ones that many of us are currently occupying due to the coronavirus pandemic.

The selected photographs show us the beauty of the planet and the creatures we share it with. We are also offered glimpses into the lives of other people.

Although these images can sometimes be harrowing, as in the case of a series of images from Syria, they help signpost that there are still many important issues that need addressing outside COVID-19.

Almost 25,000 images were submitted from 147 countries. Vladimir Alekseev was ultimately selected from this number as the overall winner (the first Russian to receive this accolade).

Alekseev is a photographer, traveller, journalist, publisher, and chief editor of one of Russia’s mass media publications. He has organised more than 50 photo-research expeditions to various regions of the planet, including the Arctic, Antarctica, Amazon, Patagonia, and hard-to-reach regions of Russia. His photos and articles have been featured in publications such as National Geographic.

Caption:
"The total solar eclipse in Svalbard on March 20, 2015 was one of the most important and impressive astronomical events. In the morning, a blizzard began, and the sky was covered with clouds. But literally an hour before the eclipse, the weather improved. And I managed to capture this amazing moment." 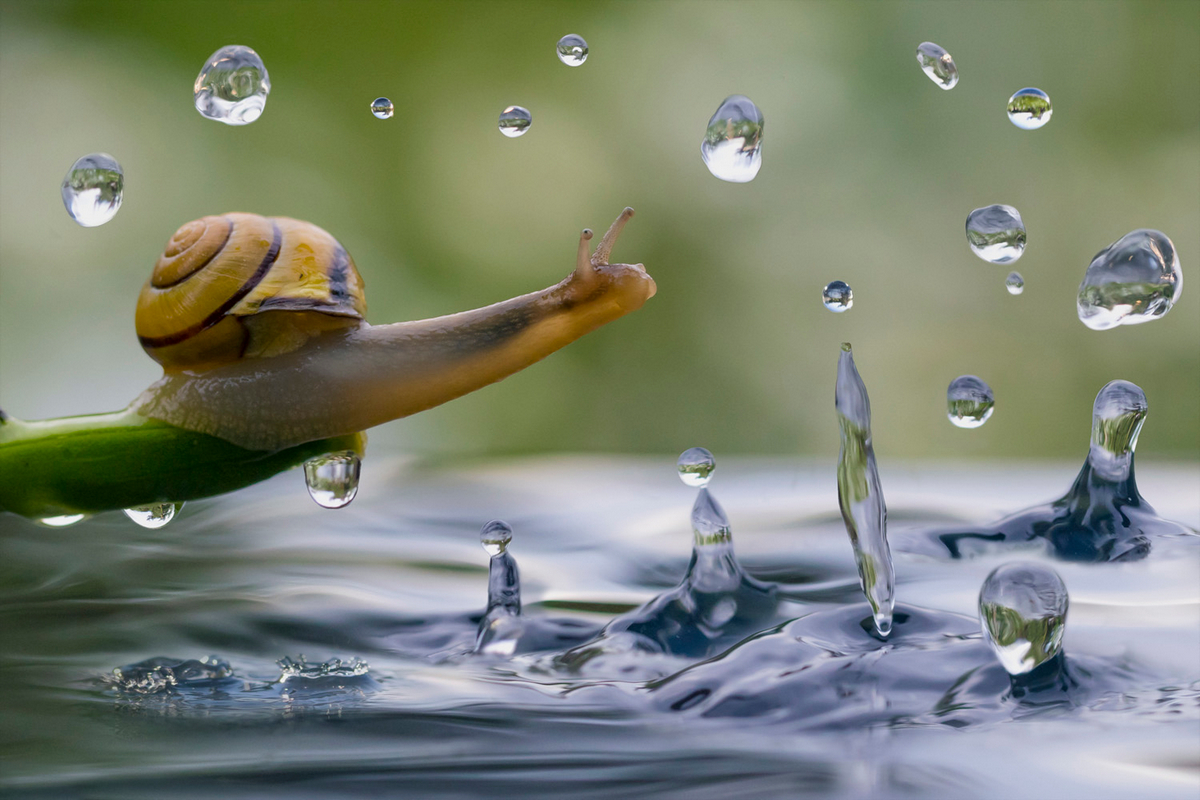 Caption:
"Travel photography does not always capture a landscape or a reportage. Very often it captures a macro world. These are elements of what surrounds you. Little joys in life that we don't pay attention to at home." 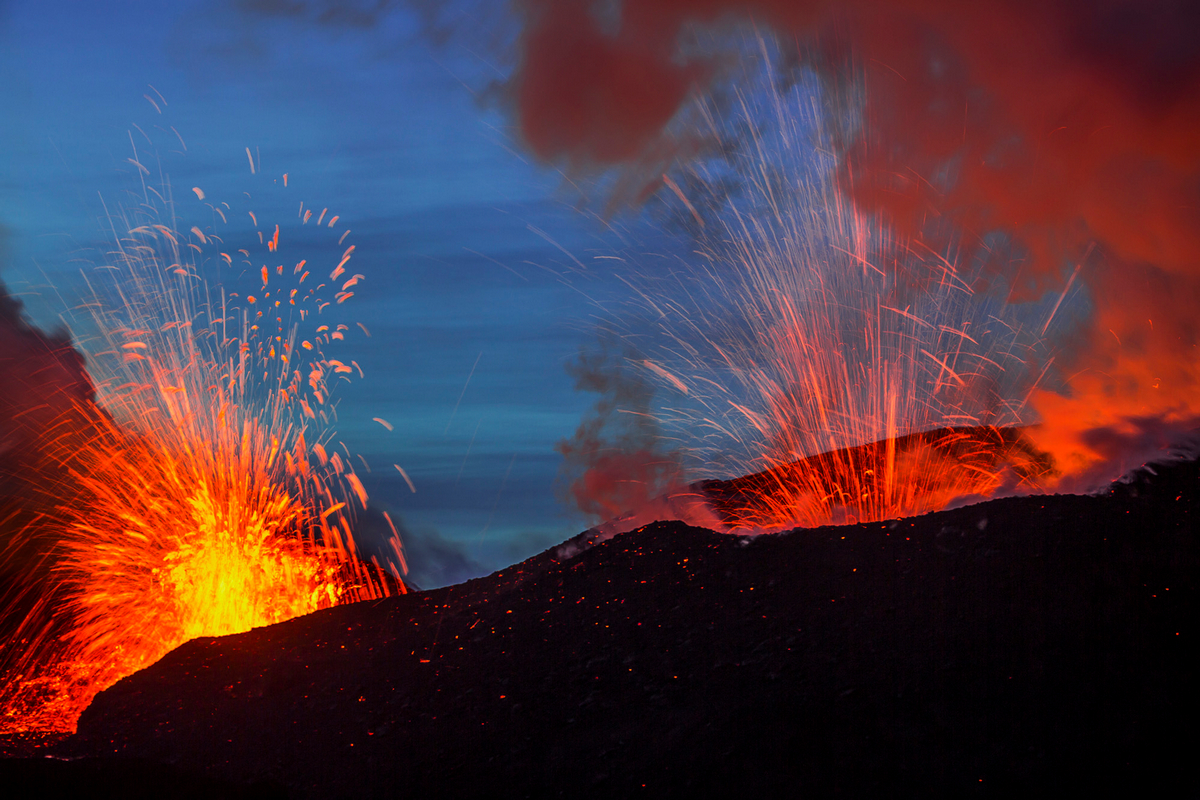 Caption:
"A volcanic eruption is best filmed at dusk. Then it is not too dark around, the sky has a beautiful colour, and the magma looks beautiful and glows. True, this can be very dangerous..."

We would like to congratulate the following RPS members for their success in the competition: 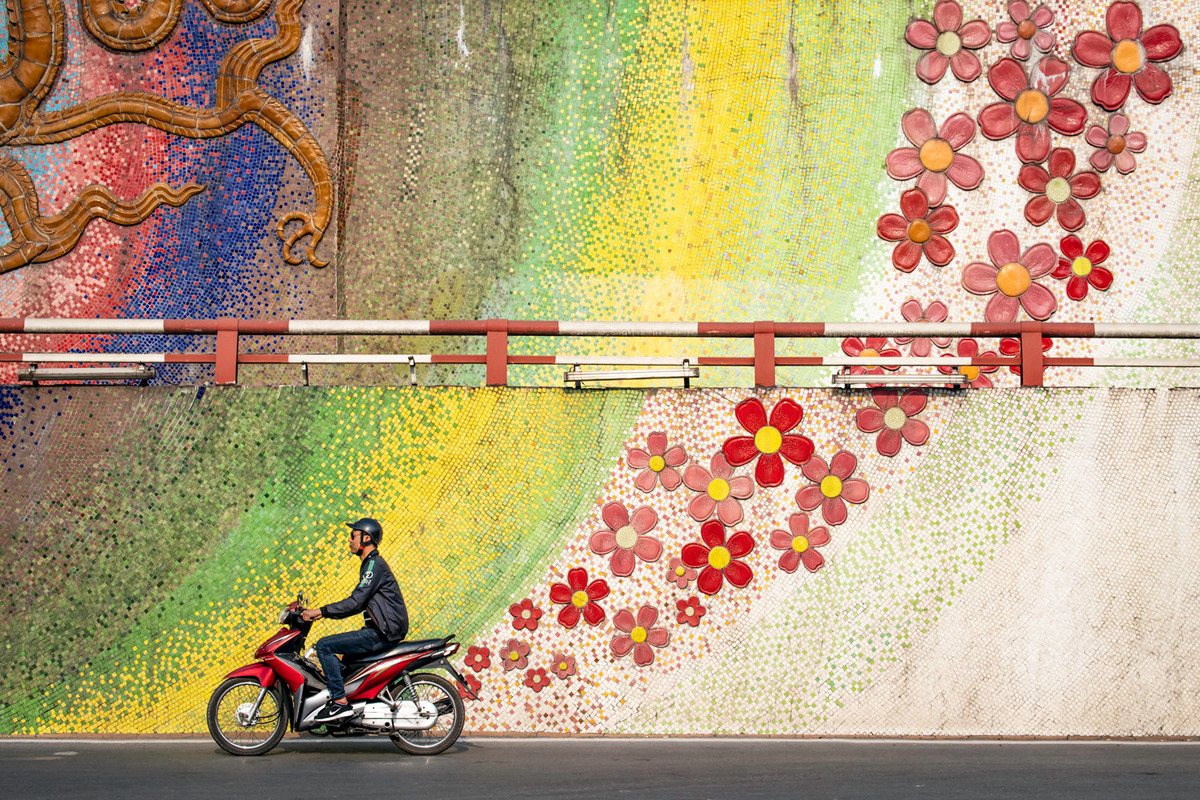 Paul says:
“Taking the image was like playing a game! It was at a very busy junction in Hanoi and most of the time there were cars obscuring the view. It was just a matter of patience as in the hour that I spent there I came away with 5 or 6 images of solo bikes and this was the only one timed perfectly for the impression of the flowers coming from the exhaust.

I was pleased to be featured in this respected competition for the fourth consecutive year.”

Dr Michael Pritchard FRPS, a selector for 2020 Travel Photographer of the Year. (all the selection is undertaken anonymously):
“As a visitor to Hanoi I know the incredible volume of scooter traffic and I can only imagine the time he needed to get the picture. Paul has captured just the right moment and his photograph conveys a sense of humour and joyfulness that works perfectly as a single image” 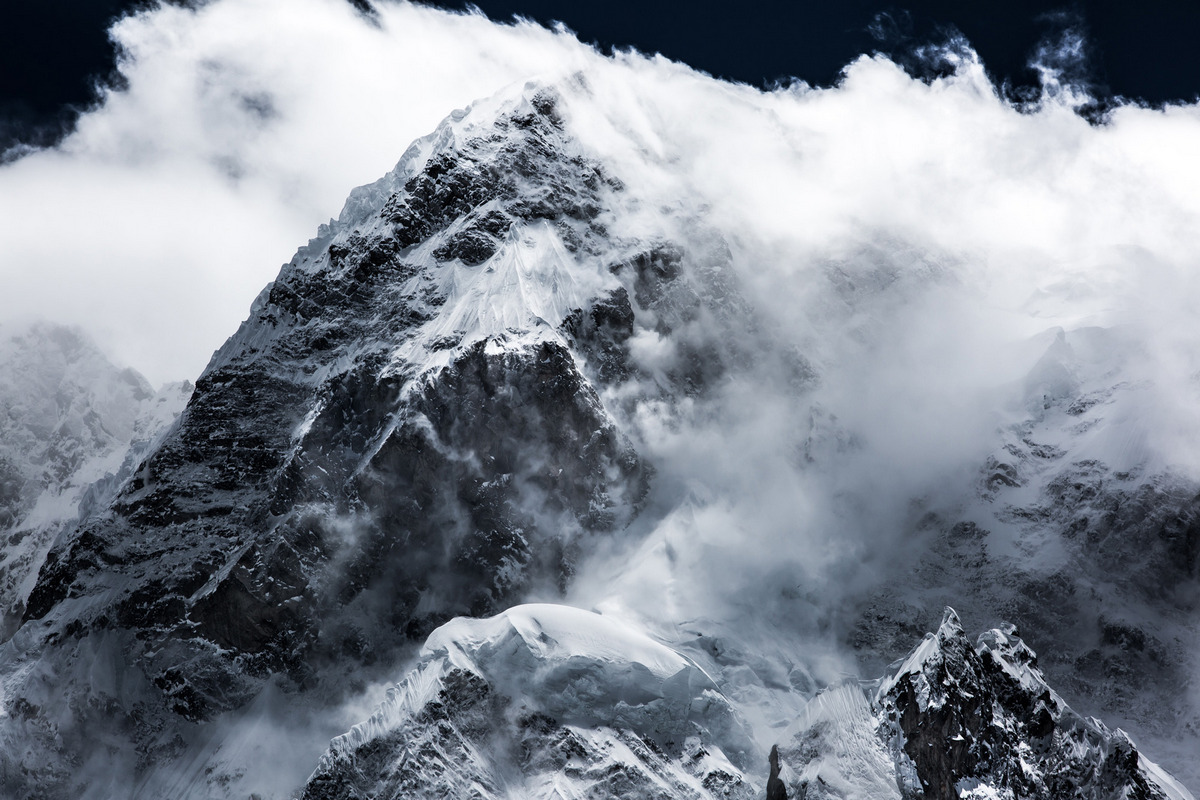 Caption:
"Standing at 7282m K6 is smaller than most of the rest of its 'K' cousins; however, its almost 3000m prominence from the valley floor means that it dominates the head of the Charakusa Valley. From this spot looking up at the mountain, I could not help but think of the bravery of those that had attempted to climb it." 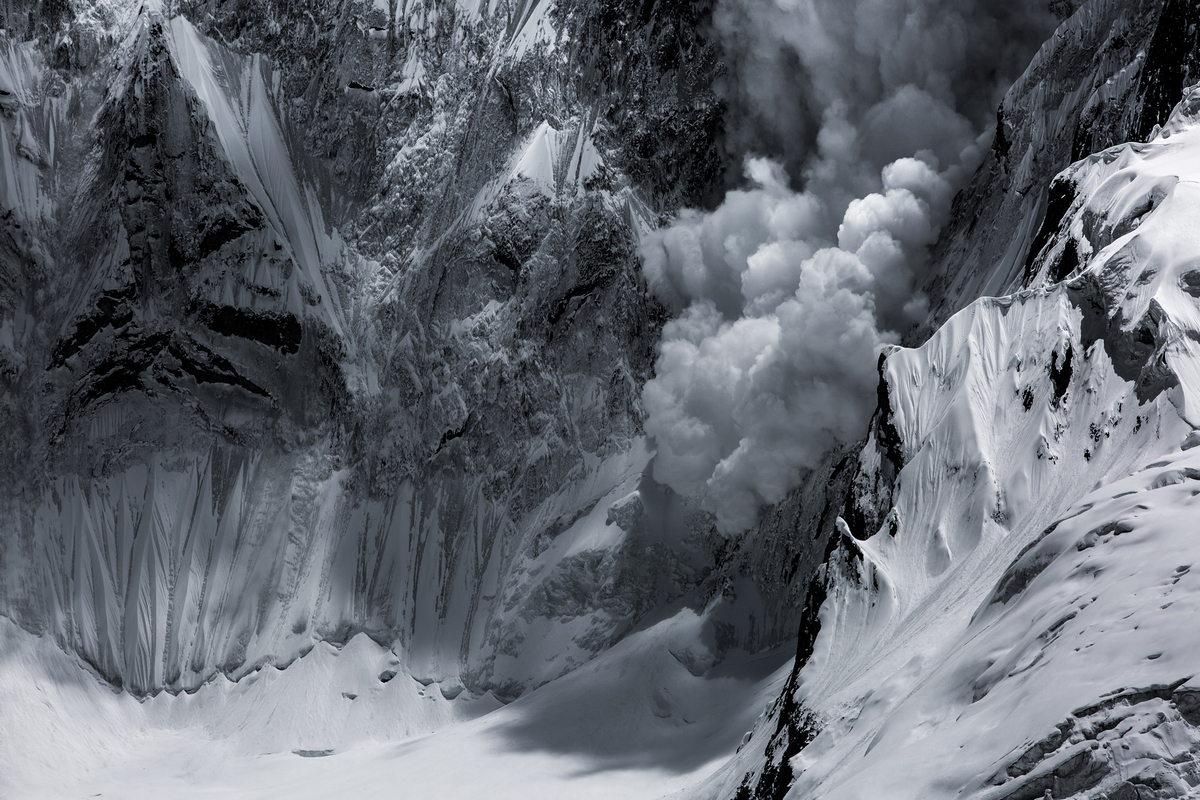 Caption:
"Dwarfed by the immense backdrop, the snow and ice seemed to tumble in slow motion, billowing across the majestic landscape." 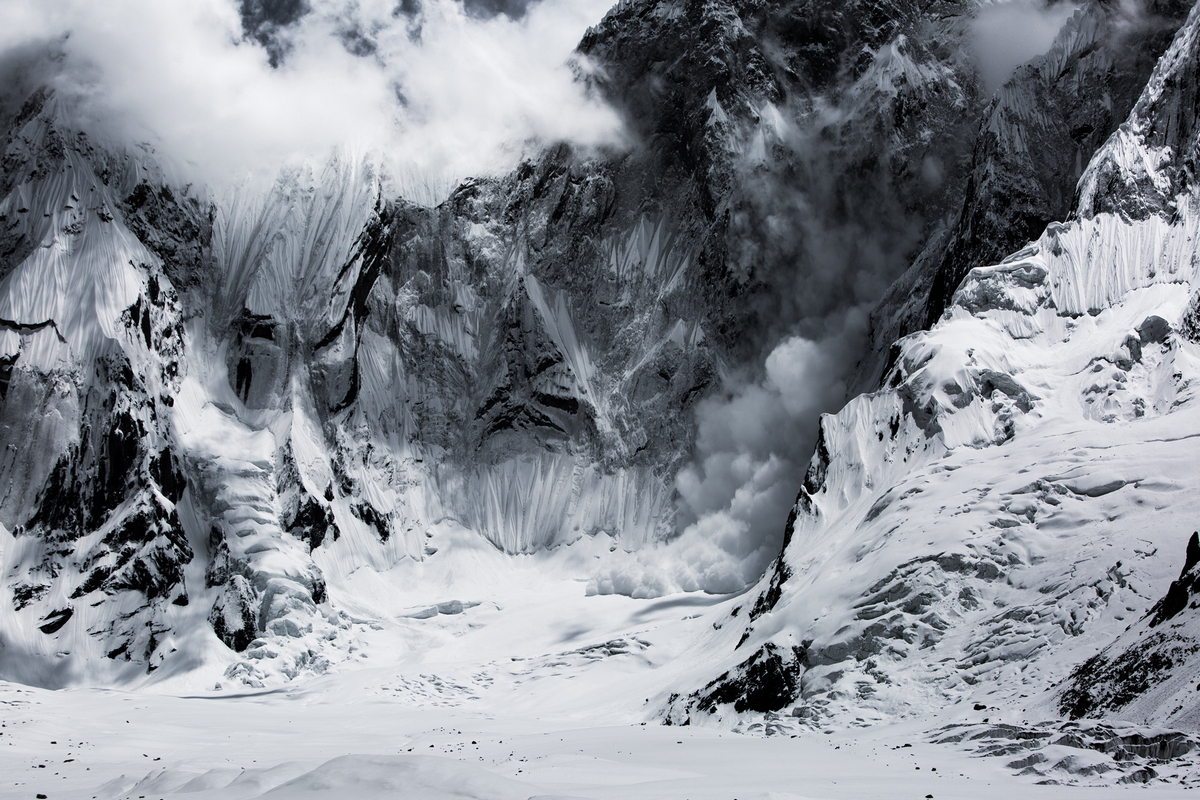 Caption:
"We had been stuck at basecamp, waiting for clear weather. K6 had been shrouded in a thick layer of mist and cloud for a few days, and then, the morning that I took this, the mist began to clear. Huge avalanches thundered down the face, and I felt as if I was looking in on an amphitheatre with all this drama on show." 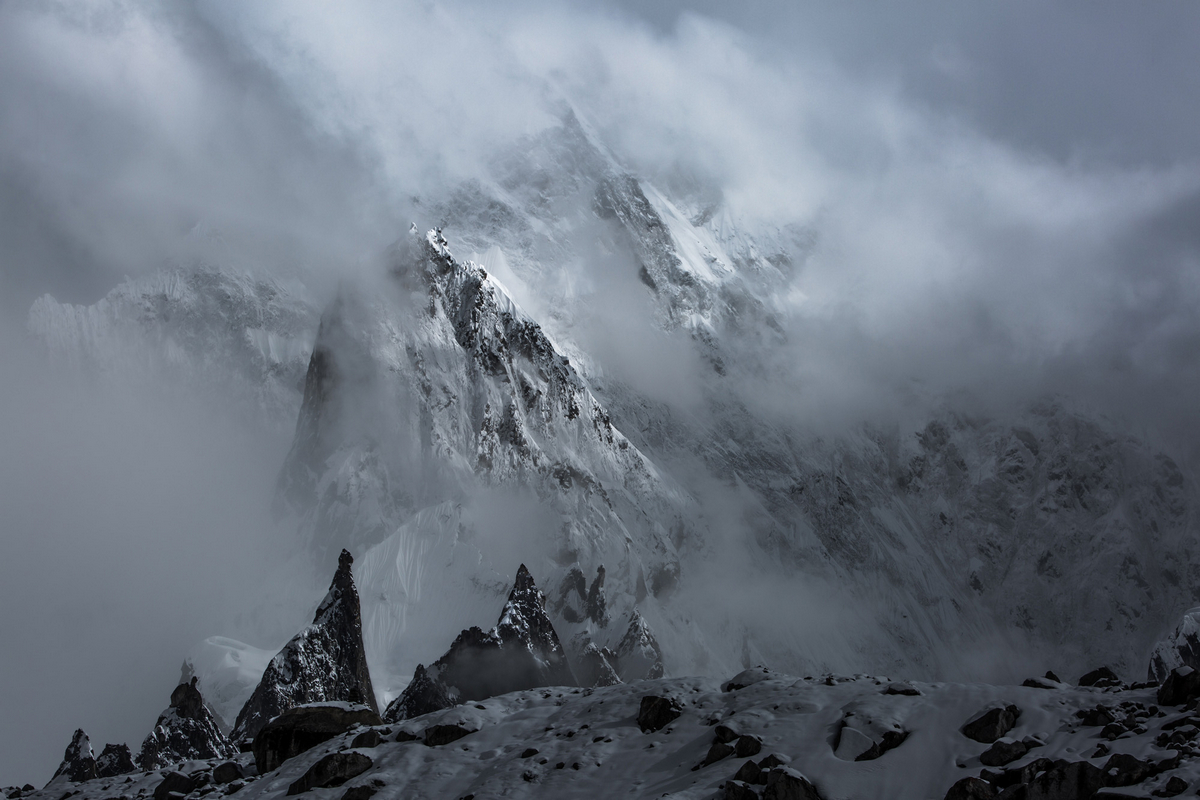 Caption:
"A mountain mist slowly clears to reveal a Himalayan face. While stuck at base camp on an expedition in Pakistan, I would sit for hours watching the cloud and mist swirl around us, slowly revealing teasing glimpses of the surrounding mountains." 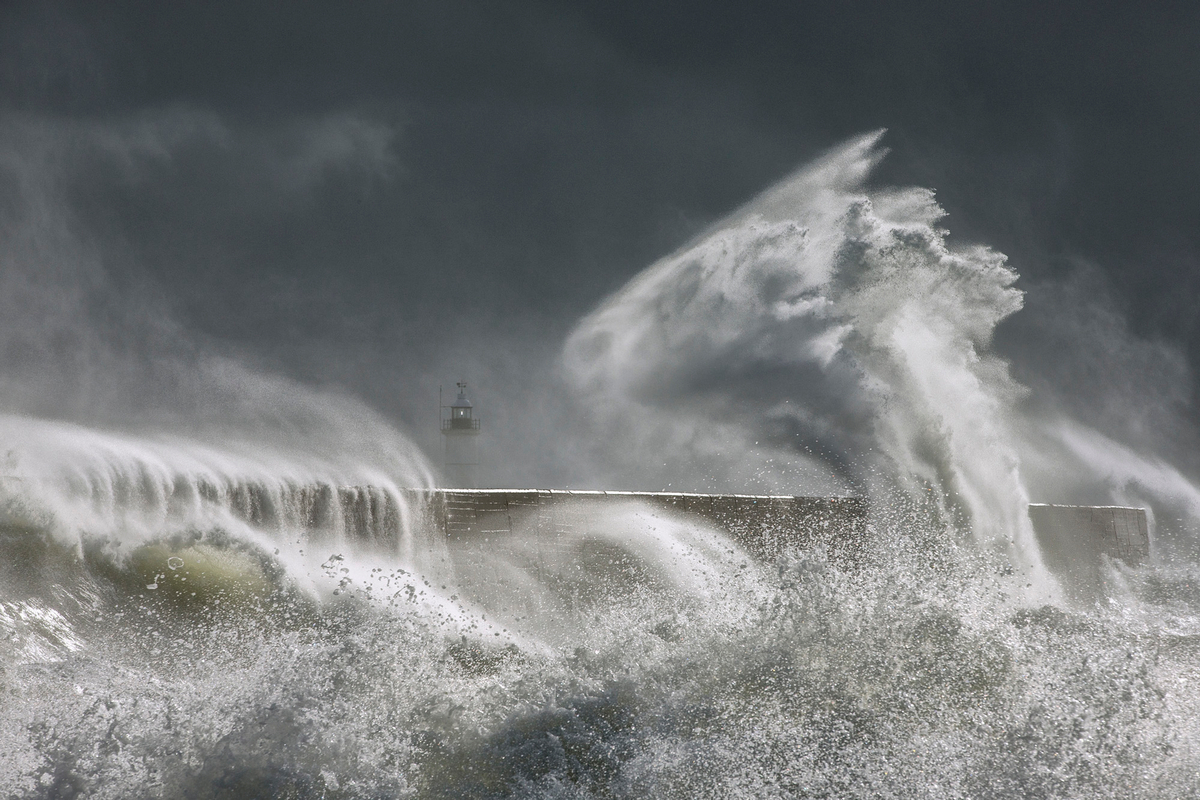 Caption:
"This image was taken from the beach at Newhaven in Sussex at the height of storm Brian. It is amazing how often the waves breaking over the harbour wall take on a character and in this case it appeared as though a sea serpent was about to engulf the lighthouse." 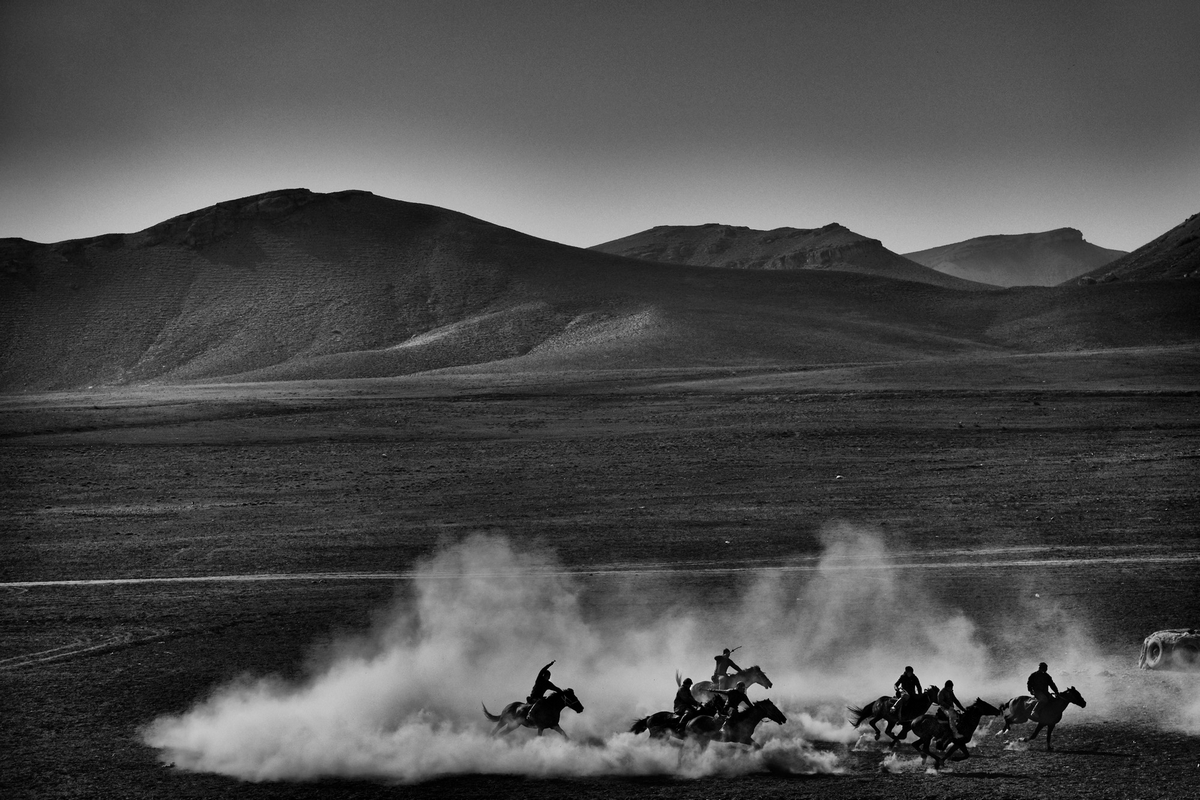 Caption:
"Trying to outrun your opponents with a decapitated goat wedged between your leg and your horse, might not be your idea of a fun game, but in Kyrgyzstan, Kok Boru is the national sport. Dead goat polo feels more to me like cavalier rugby. Organized in two teams of five, but sometimes many more, riders race from one end of the field to the other chasing the rider with the goat whose sole intention is to score a point by heaving the 20 kilo body into the Tai Kazan (goal) on either end." 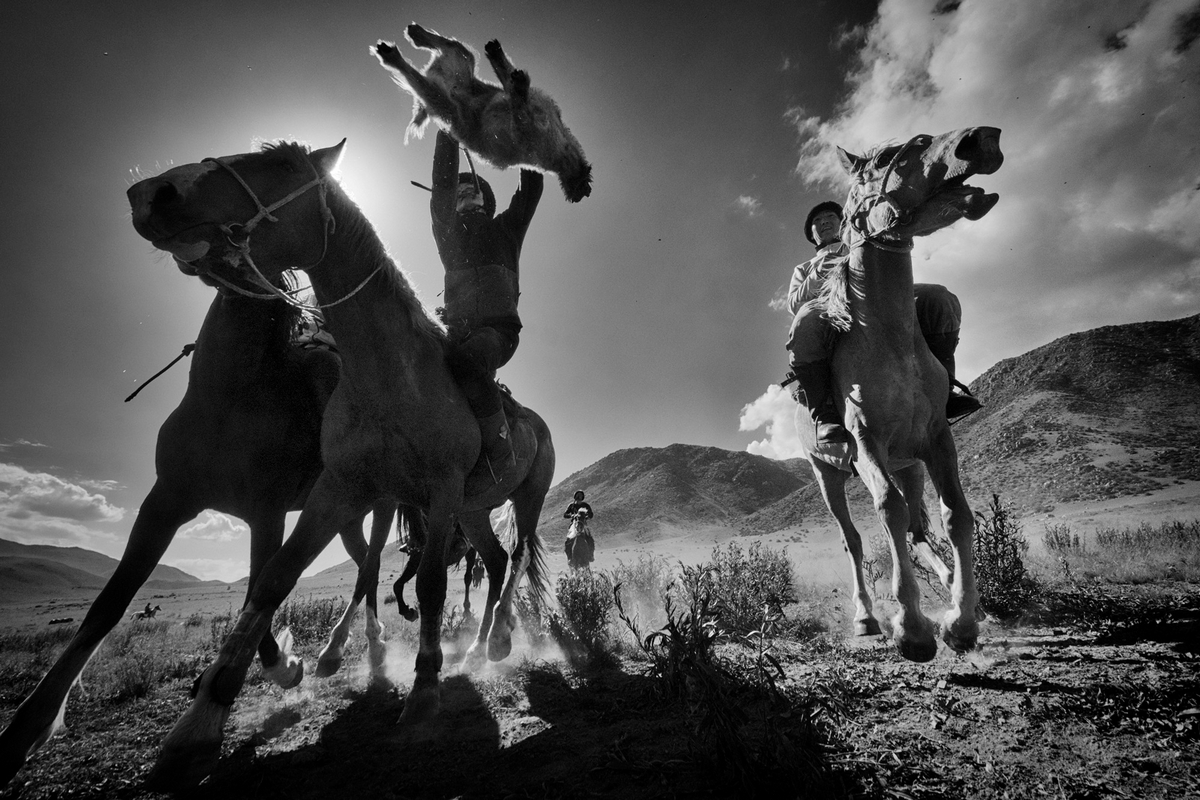 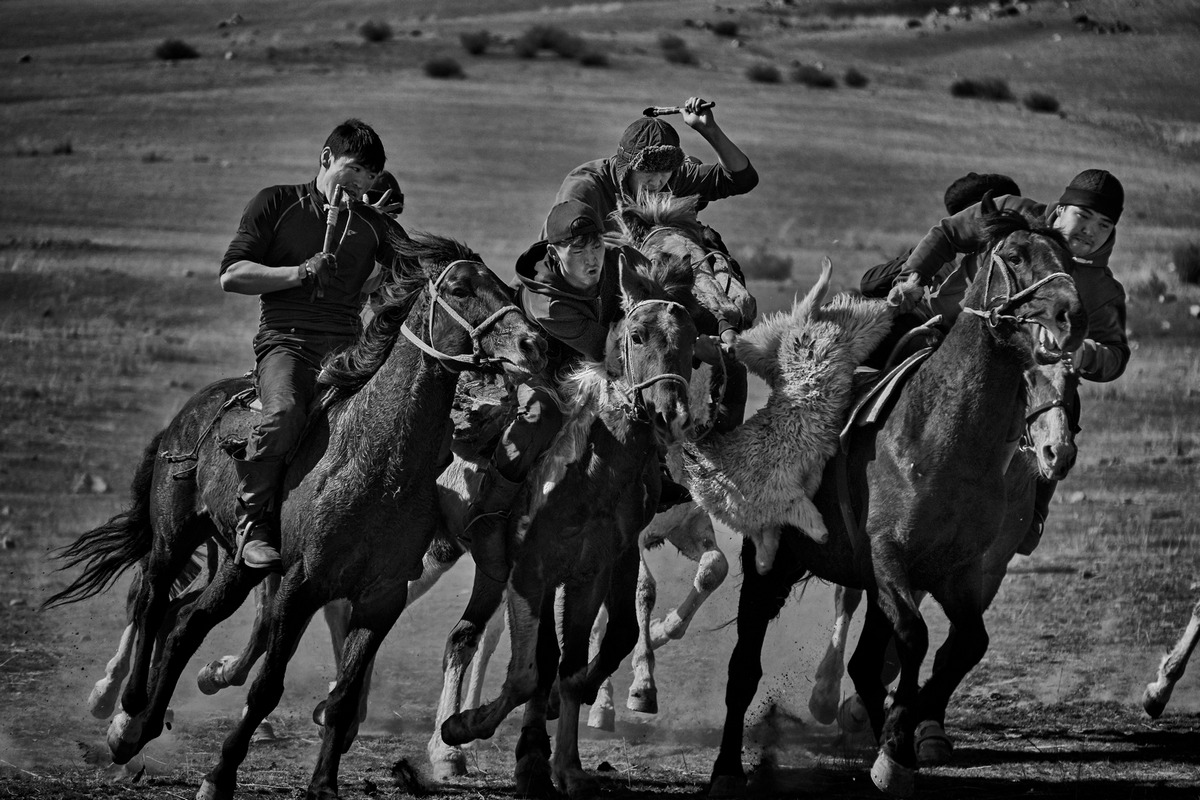 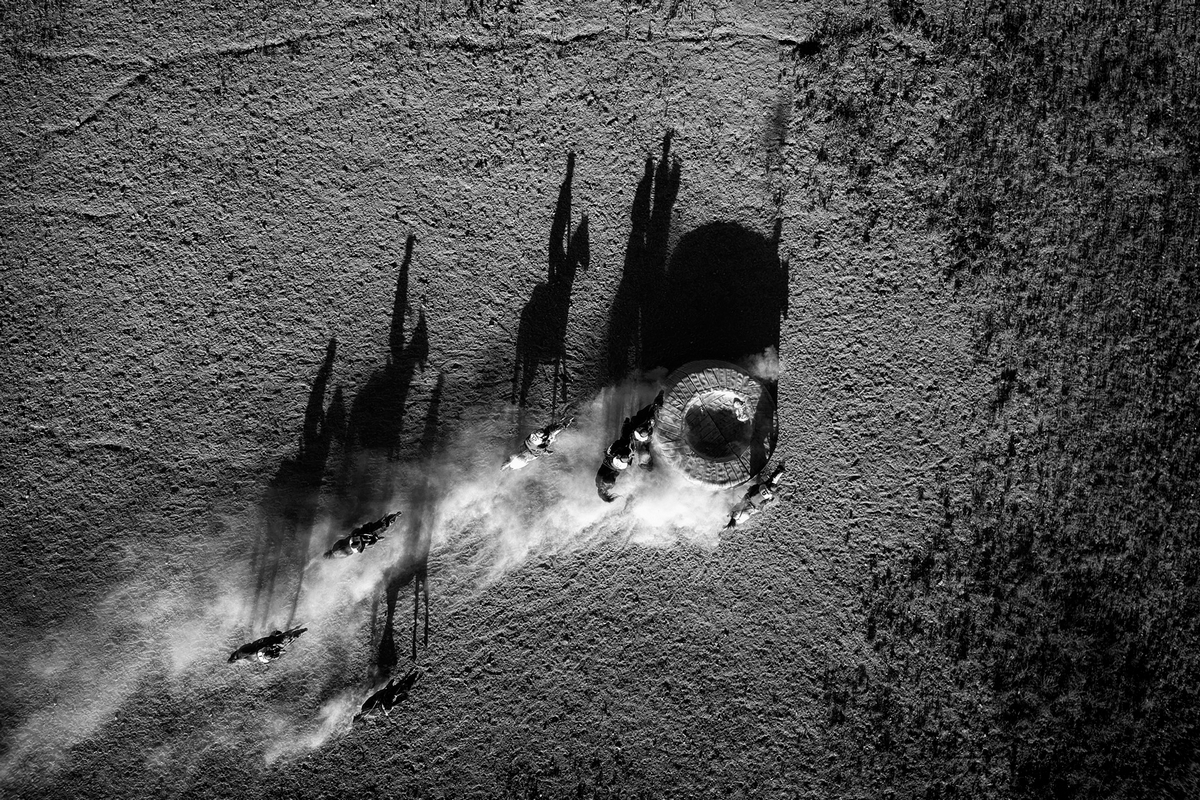 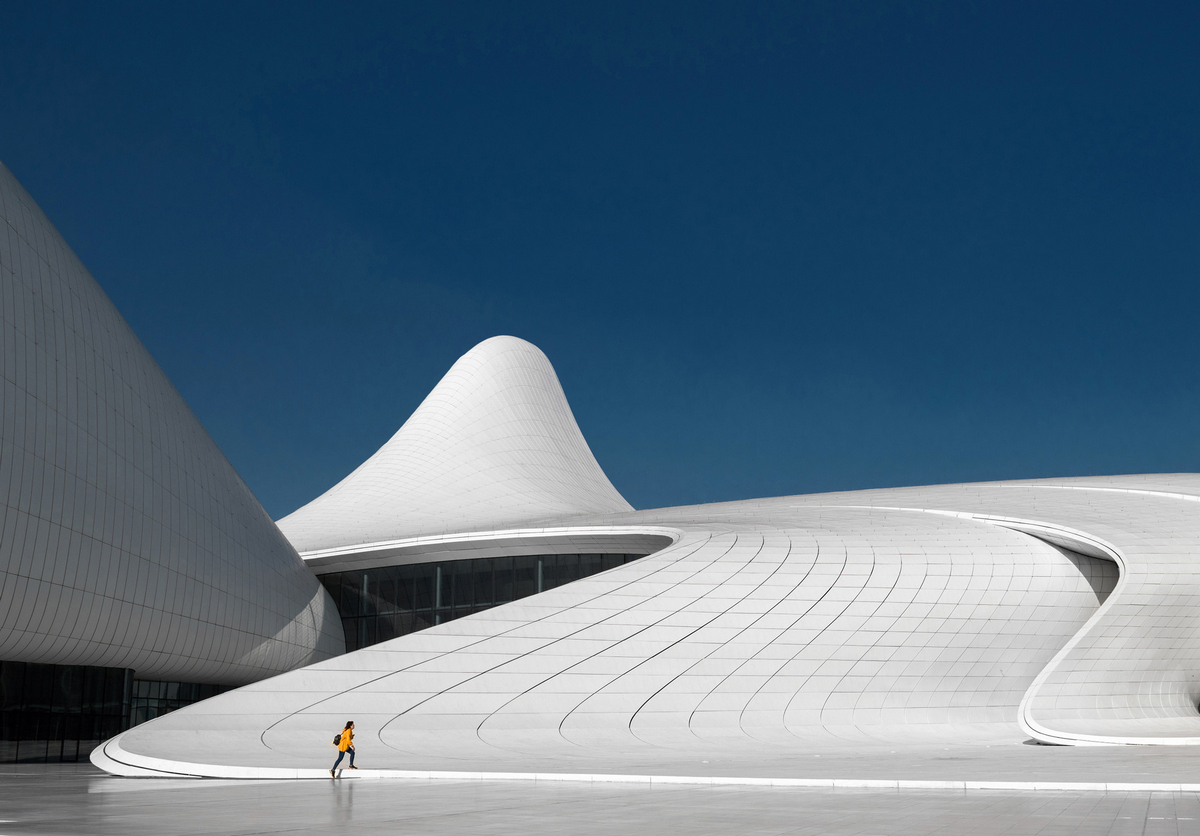 Caption:
"Designed by Zaha Hadid, the Heydar Aliyev Cultural Centerin Baku, Azerbaijan, is an architectural masterpiece. It is also an important cultural centre for the country. Here the girl’s yellow jacket provides a splash of colour against the monochromal curved lines of the structure."

To learn more about the competition visit: www.tpoty.com