Your web browser is out of date. Update your browser for more security, speed and the best experience on this site.
Find out more
We use cookies and similar technologies to optimise your experience when using this site, to help us understand site usage, and to tailor our advertising on third party sites. Read about Cookies and view our Privacy Policy at the bottom of each page on our website at any time.
A JavaScript execution error has occurred somewhere on this page. The page may not function as intended. Try refreshing before continuing.
Published 26 April 2022

When Roger Ford FRPS and Angela Ford ARPS led a dozen Creative Eye Group members around areas of East London, they set a theme of Change, chosen to challenge them to think more deeply about the scenes they saw, and to ensure their creative eyes were brought into play!

Having enjoyed a look through the images submitted by participants, Roger has chosen a few worthy of particular mention.

Roger selected Dan’s photograph Humanity (above), saying "This image demonstrates the ability of street art in this area to be able to quickly adapt to news and events whist also being 'threatened' by the expansion new developments in the surrounding area."

Dan was particularly on the look-out for graffiti art which addressed the situation in Ukraine, because he knew how fast street art reflects current events; "It is one of the delights of the Shoreditch area that the art changes so quickly and that you might, in photographing it, capture something special before it is altered or lost." Dan says, "My photograph also alludes to the fact that the popularity of an area is often because of its history, character and general quirkiness but, ironically, developers rob such places of these characteristics when they 'gentrify', damaging, often irretrievably, what made them attractive in the first place."

Another image that caught Roger’s eye was Old and New by Amanda Day LRPS, since it is "A good example of creatively expressing the juxtaposition of architecture in the area. The treatment of the background using complementary colours to the red brickwork works well, as does the creation of a 3D effect." 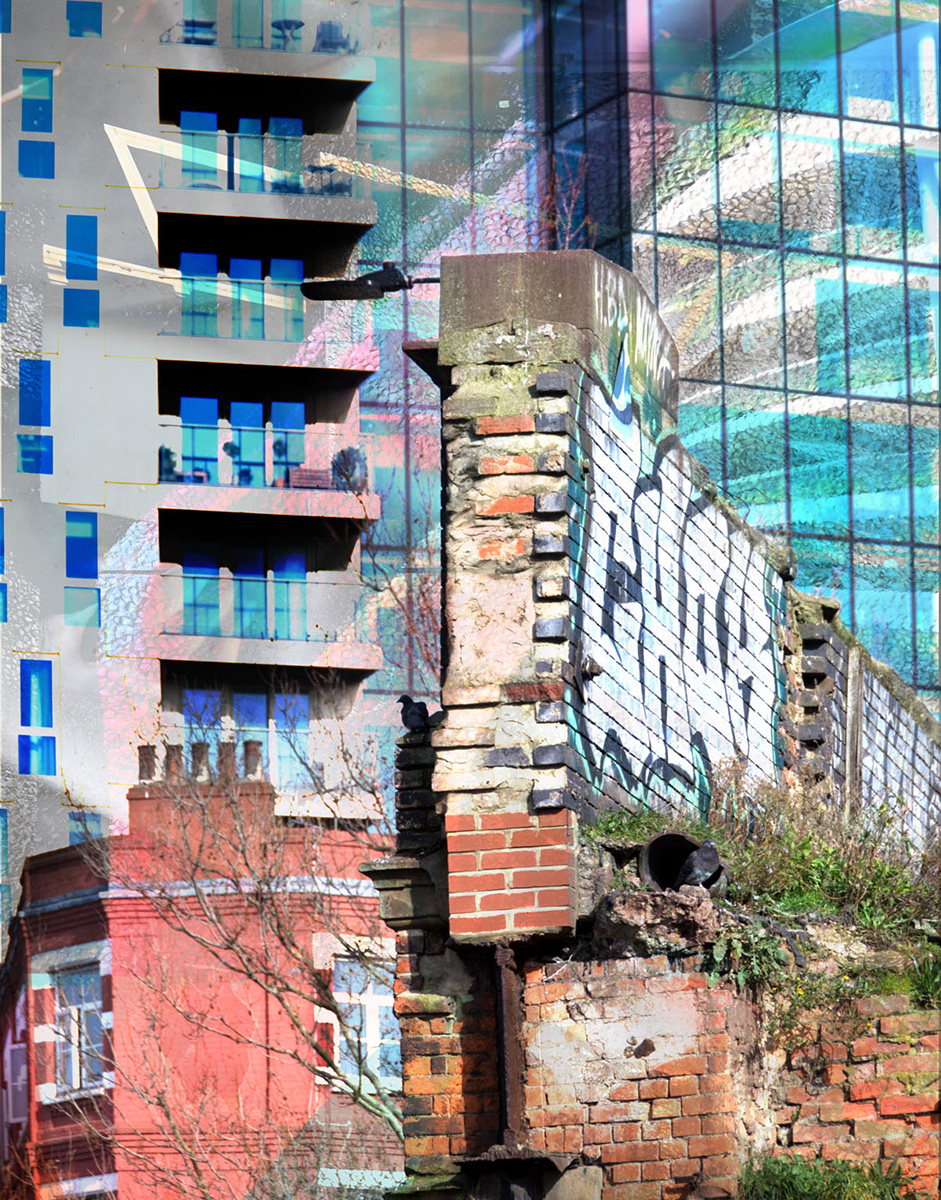 Amanda praised the photowalk, saying, "The East End of London is a place of constant change, all set against an evolving tapestry of tags and graffiti and it is that visual movement which made Angela and Roger's walk so interesting. As soon as I saw the dilapidated wall set in front of new apartments and an office block I grabbed the opportunity and took the shot. In post processing I added graffiti textures to the modern buildings in the background to enhance the overall theme of Change."

The image Attention to Detail by Steve Oakes LRPS also impressed Roger, since "As the Brick Lane has developed, street art has encompassed more professional artists as seen in this image. Often they are commissioned by the owners of buildings, or companies requiring murals for advertising purposes. This image captures this change, whilst providing an insight to the planning which goes into the production of a mural." 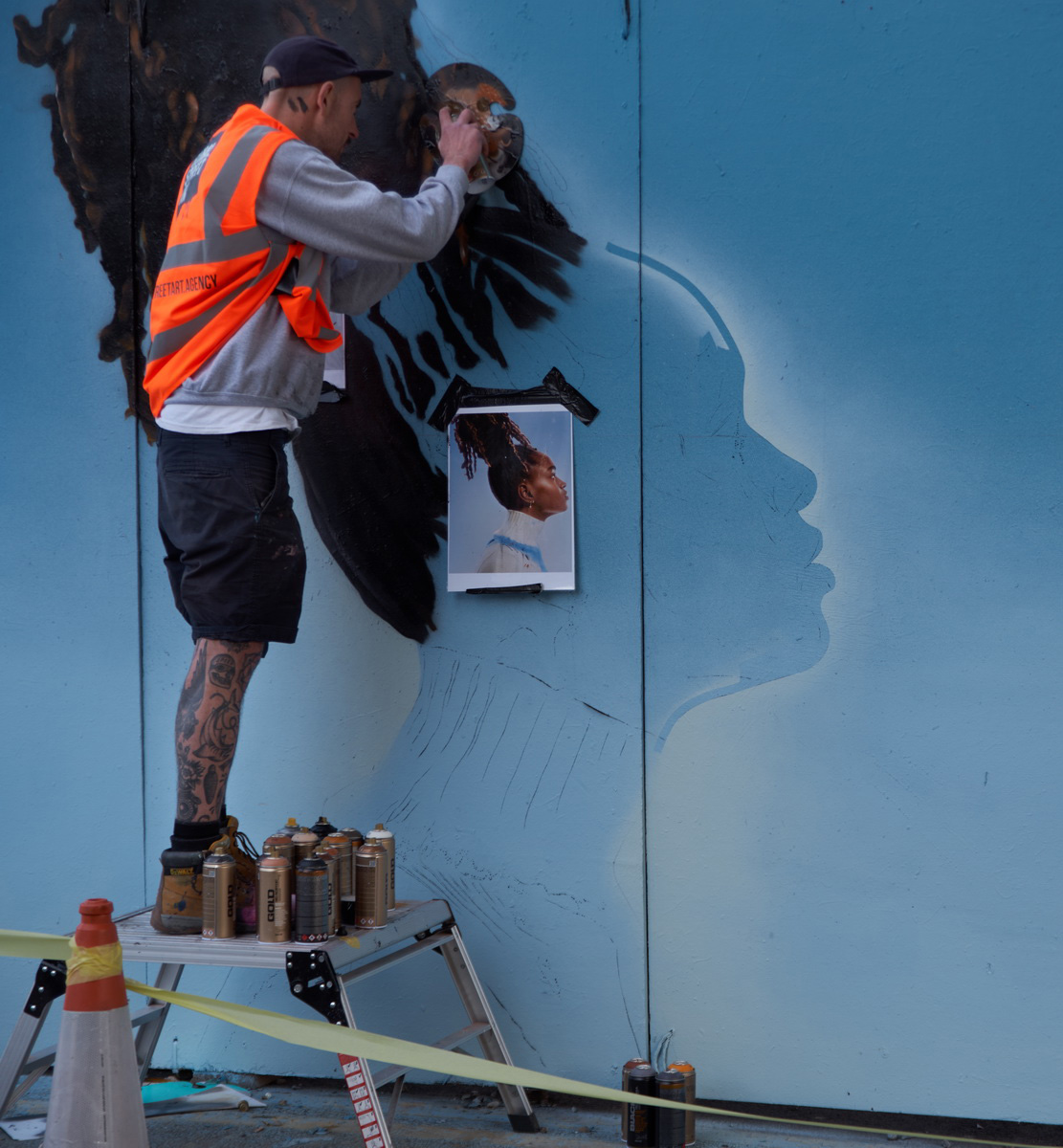 Steve confirmed that Roger had recognised his purpose in taking this image, and he had appreciated the opportunity to investigate an unfamiliar part of the capital, Steve says, "Having two excellent guides who were very familiar with the area was really helpful and resulted in time well spent. I was particularly focused on trying to capture change taking place and the image captured this. I was fascinated to imagine how the mural would look at various stages over the next few hours - but time didn’t allow!"