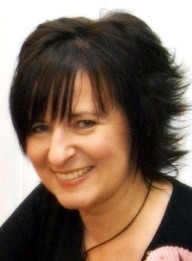 This article provides a brief introduction to the history and symptomology of the invisible illness Myalgic Encephalomyelitis (ME). Future articles will explore a range of strategies for visualising aspects of ME’s invisibility through the medium of photography.

ME affects over 250,000 people in the UK and hundreds of thousands worldwide. It is an illness that is not only ‘invisible’, but one that is frequently challenged and questioned in terms of its very existence—despite being classified by the World Health Organisation (WHO) as a brain, neurological, and central nervous system illness since 1969. Primarily an endemic disorder, recorded as being more prevalent in females (Carruthers et al., 2003, p. 9), ME can occur in both epidemic and sporadic forms, affecting all racial and ethnic groups from any socio-economic strata (US Dept of Health and Human Services, 1995). A complex, multi-faceted, but invisible illness, ME has been described as: “A chimera-like medical anomaly, a variant illness entity that like the mythical creature is composed of a complex and mysterious combination of parts which defy a clear description” (Millen, 2003, pp. 206–220).

Its cause is still unknown, but according to the charity ME Research UK, several past epidemics of ME appear to have been triggered by an outbreak of an infection which then subsided. Prior to the onset of ME, most people were leading full, healthy, and active lives. Many patients do report an infectious onset to their illness, such as, tonsillitis, sinusitis, gastroenteritis, or a flu-like virus. Whatever the cause, within a matter of days or weeks of the initiating event, patients show a progressive decline in health and develop a recognisable pattern of symptoms (Goldstein and Hyde, 1992; Shepherd, 1999).

ME’s myriad pattern of symptoms, some of which can be completely disabling and persist for many years, include: persistent fatigue; muscle pain; insomnia and sleep problems, including sleep reversal; dizziness or nausea, caused by orthostatic hypotension and insufficient blood flow to the brain; headaches; gastric disturbances, such as IBS or food intolerances; painful lymph nodes; heart palpitations; anxiety, mood swings, or depression; and cognitive dysfunction, such as brain fog, impairment of short-term memory, and difficulties with word-finding or information processing.

Cycles of severe relapse are characteristic and common, together with the development of further symptoms over time. As with many chronic illnesses, fatigue is usually present, but in ME patients the fatigue is reported to be post-exertional, often delayed, and quite unlike the ‘fatigue’ experienced by people in good health (NICE, 2007). Fatigue and muscle pain means that many sufferers can only walk very short distances, with some requiring a wheelchair. There can also be difficulty with simple tasks, such as climbing stairs and dressing. In the severely affected there may be difficulty with swallowing, and sufferers can spend years tube-fed and bed-bound in a darkened room, unable to move or speak due to severe pain and light/noise sensitivity.

Bell (1990) posits that although laboratory testing on ME patients may reveal abnormal results, they are difficult for doctors to interpret and have been largely ignored. The combination of numerous severe somatic complaints, and only minor abnormalities showing on physical examination or routine laboratory testing, is the reason many doctors have dismissed ME as being ‘all in the mind’. Bell also notes that modern medicine divides illness into categories by the nature of the symptoms. Therefore, a joint specialist would see ME as a form of arthritis; a psychiatrist would see it as mental illness; and an allergist would see it as a manifestation of allergies. Hence, Bell argues, it is the generalists, rather than specialists, who have been the only group of physicians able to recognise the spectrum of symptoms in ME as a specific syndrome.

Chenery-Robson, Juliet (2015) Portrait of an Invisible Illness: The Visualisation of Myalgic Encephalomyelitis through Photography and Text with Participation from ME Sufferers. PhD thesis. University of Sunderland.