Your web browser is out of date. Update your browser for more security, speed and the best experience on this site.
Find out more
We use cookies and similar technologies to optimise your experience when using this site, to help us understand site usage, and to tailor our advertising on third party sites. Read about Cookies and view our Privacy Policy at the bottom of each page on our website at any time.
A JavaScript execution error has occurred somewhere on this page. The page may not function as intended. Try refreshing before continuing.
Published 28 May 2021 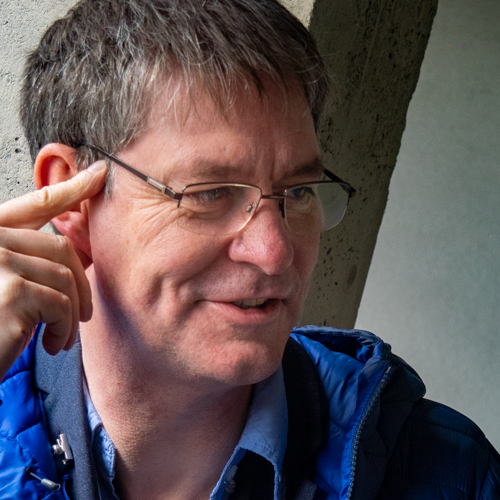 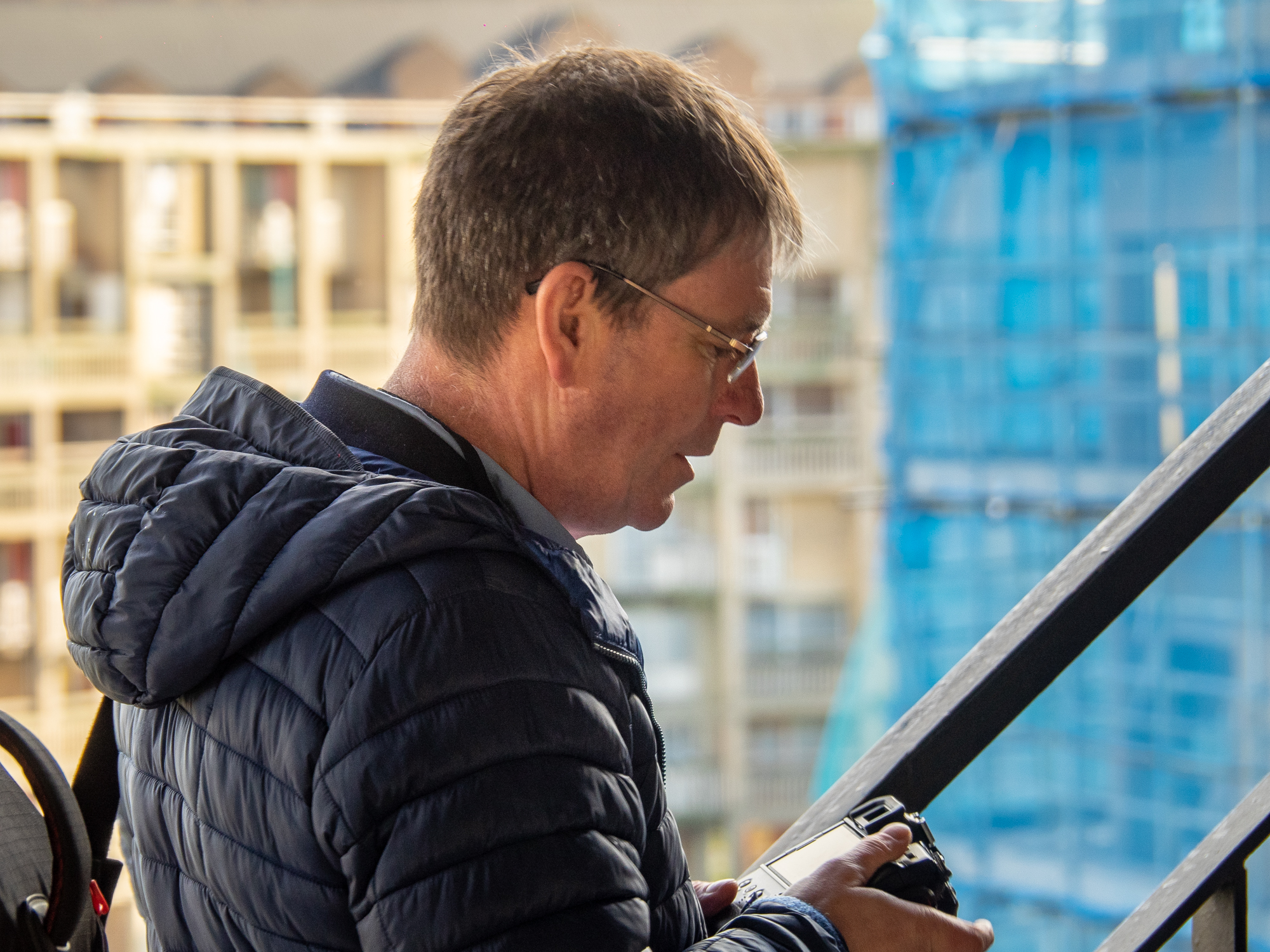 Richard Hall FRPS is a volunteer with the RPS East Midlands Region and is about to finish a degree in photography at the Lincoln College. He has attended a number of the East Midland photo book projects, including 'Touched by Home' and 'Park Hill Revisited'.

He recently submitted one of his degree project photo books for assessment in the Contemporary Genre and was awarded a Fellowship. In this article he tells us about his journey making the book.

Have a read of Richard's story 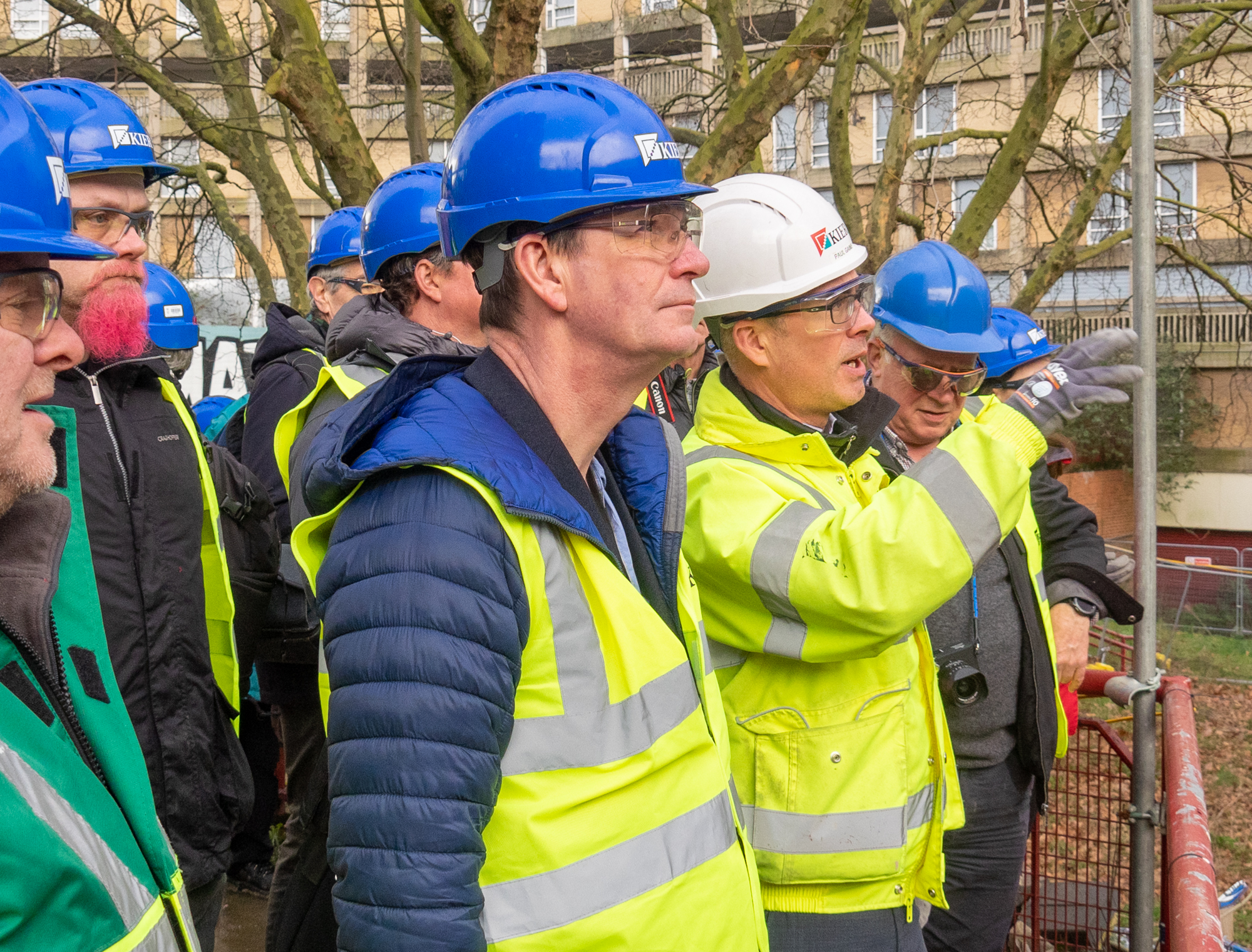 I am alone with the beating of my heart' was produced initially for a degree module. I wanted to homage the work of Todd Hido and other contemporary American photographers. I enjoy making bodies of work more than single images. Hido makes semi-autobiographical work, and suffered a difficult childhood; this is reflected in the depiction of his models. That was not my experience, so I looked for another vehicle to drive the narrative. Photography can often be a solitary affair, but I enjoy working collaboratively. Before the pandemic, I worked with a large theatre company. I was part of the production team, recording images for rehearsals, live performances and producing images for publicity purposes. I am also the principal photographer for the British Transplant Games and work with the events team to promote the Games.

To fill some of this vacuum, I contacted Laura Turner; who is an internationally published writer, playwright, poet, actress, and producer. She has her own theatre company Fury Theatre, which specialises in telling females stories with fire. I asked her if she would be willing to work with me on this project. Laura agreed, and I sent her two sample images and asked her to produce something that I might use to give my models to act as a script. Laura wrote a poem, 'Vanishing' specifically for the project, and the key themes of the poem included an uncertain future, loneliness, regret, memory, hopes, dreams and Desperation.

I then contacted two friends and asked if they would model for the work. Both Natalia and Lucy agreed, and we worked together on making a Pinterest Board for the shoots in concert with the poem. All the images were made over two months. I wanted to portray the landscapes that needed poor weather and moody skies, so I headed out whenever those opportunities arose. 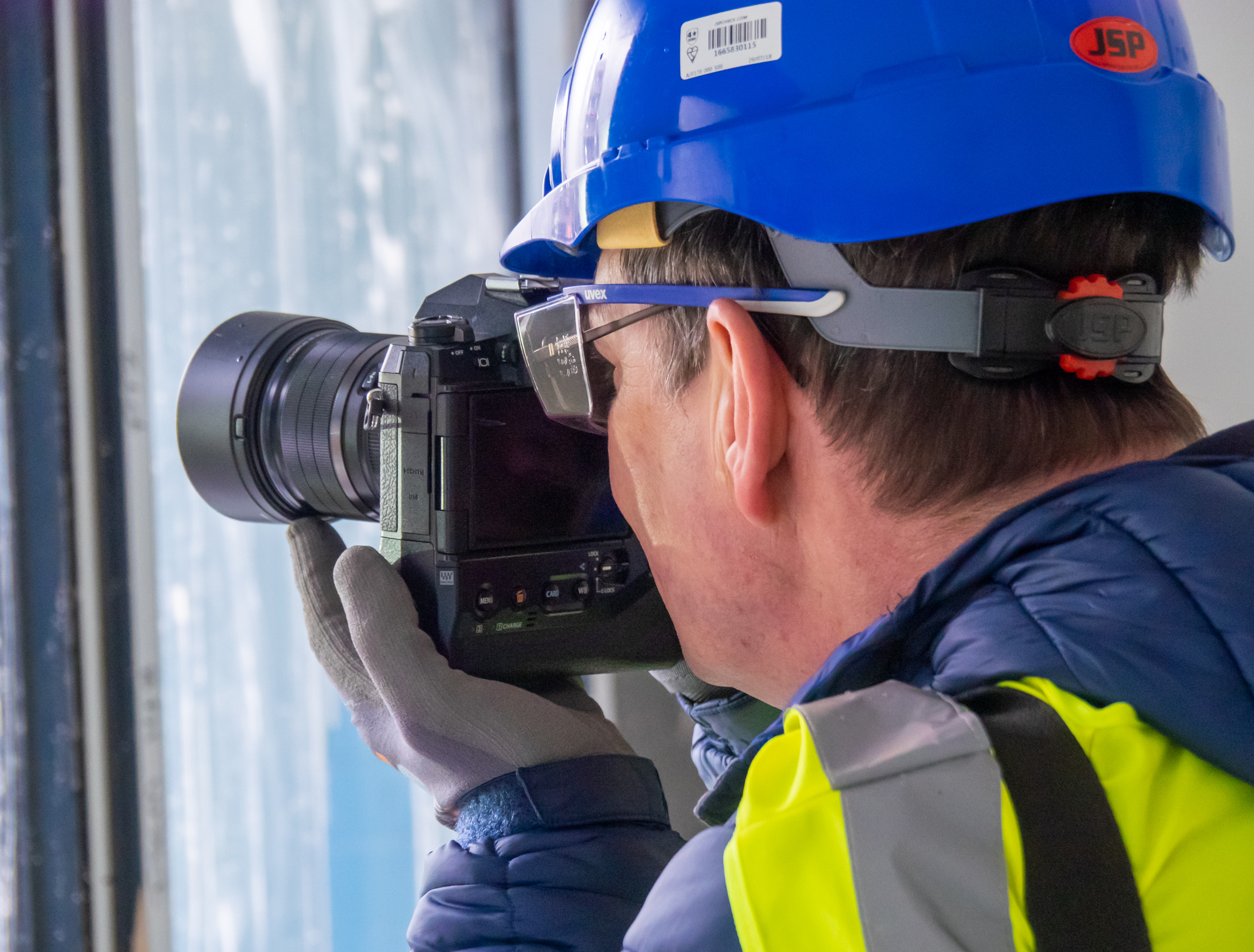 Most of the landscapes were made through the windscreen of my car and were taken on an Olympus EMX1 camera with various lenses. I went out on foot to make many of the night pictures, and the remarkable in-body stabilisation of the Olympus allowed me to handhold the camera for all of the exposures; some were up to two seconds. I would estimate I had more than fifty photo-shoots to capture the images and traveled twice to Scotland from Lincolnshire for weekends to stay in AirBnB's to add variety and more dramatic weather. All of these trips were strictly within the prevailing Covid rules. I only had one photo shoot with each of the models, and the images were again made with the EMX1 and an Olympus OM10 film camera and a disposable film camera. These different cameras were used to add variety and to force me to think in a different way when I was making the images.

On the days we made the images, the light was often flat, so I tried to replicate sunlight using Godox AD200 strobes with CTO gels and homemade GOBOS to shape the light. Both Natalia and Lucy chose their clothing for the work, and we worked together to bring Laura's poem to life in the posing and framing of the images.

PhotoprintingUK agreed to print the work as a 25cm square photo book, and I used Adobe InDesign to produce the design document. However, I now had five thousand images in a folder that needed to be edited, retouched and sequenced—a mammoth task. Editing the images down to a manageable number in Lightroom was the first stage in the bookmaking process. I put something like five hundred photographs into a collection and started to plan how the work might flow in a book sequence. Further culling resulted in one hundred and fifty images, and these were retouched in Lightroom. These images were printed as small enprints at a local lab.

I then started to sequence the work by making pairs of pictures or short series of images that might work together. Eventually, I made several paper Marquette's as I think it is essential to see how the photographs look as the page turns. I contacted a couple of people prepared to look at the work and be honest about what did and did not work. I also consulted and discussed the images with Natalia, Lucy and Laura. It is easy to get attached to images, and that can get in the way of success. Throughout the process, I revisited the original images to make sure I hadn't missed any that might work in the context of work that was emerging. It can be overwhelming at times, and sticking a group of pictures on the wall or table and looking at them for a few days in passing helps in the design process. Rushing this part of the design doesn't work for me.

I had to learn Adobe InDesign from scratch, but it is possible, and the printers are keen to offer support as they want a project that they can print. Eventually, the book was complete, and the poem 'Vanishing' was included at the rear of the book and challenges the reader to reconsider the images having read it. The book consists of fifty-six images on eighty-two pages. I used blank pages to allow the work to breathe and flow. I must confess I am getting addicted to making photo books and was pleased for the opportunity to make another book.

This was my third solo book but is different to the others I had made. The first book was handmade, and the second was a book of lockdown portraits that Stewart Wall edited. I have registered myself as a publisher and bought a block of ISBN's which adds a little to the finished project. I was fortunate to be subsequently awarded a Fellowship in Contemporary photography for this photo book by the RPS in April 2021. I think the book has been successful; Laura has asked if we can make another, and we have already started to discuss ideas for what we might do.

A few images from the book. 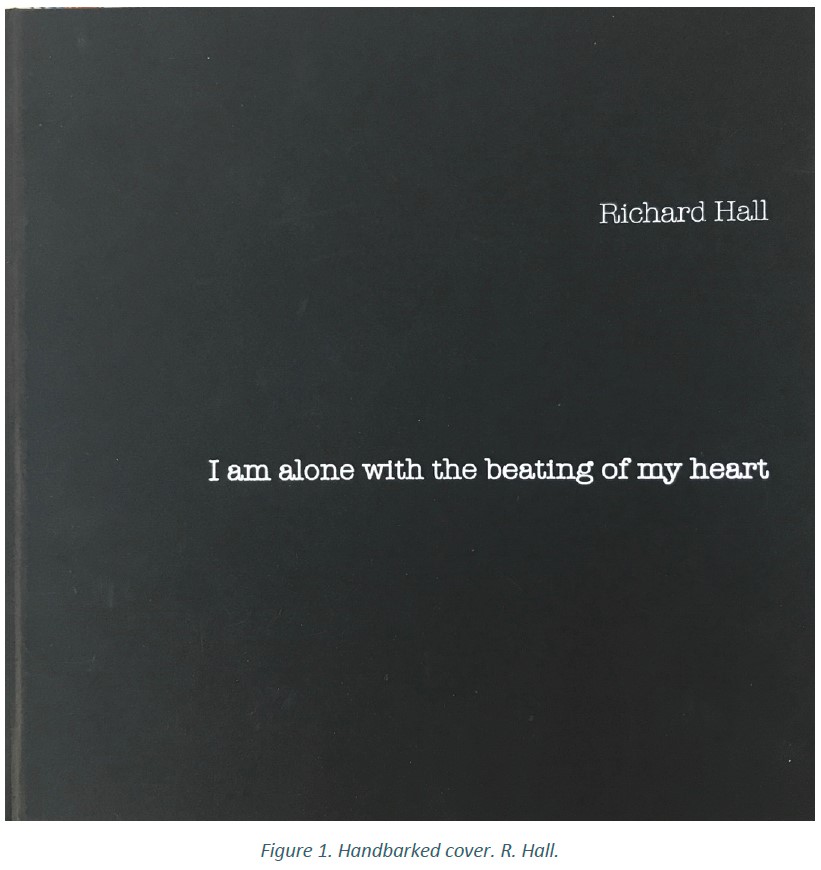 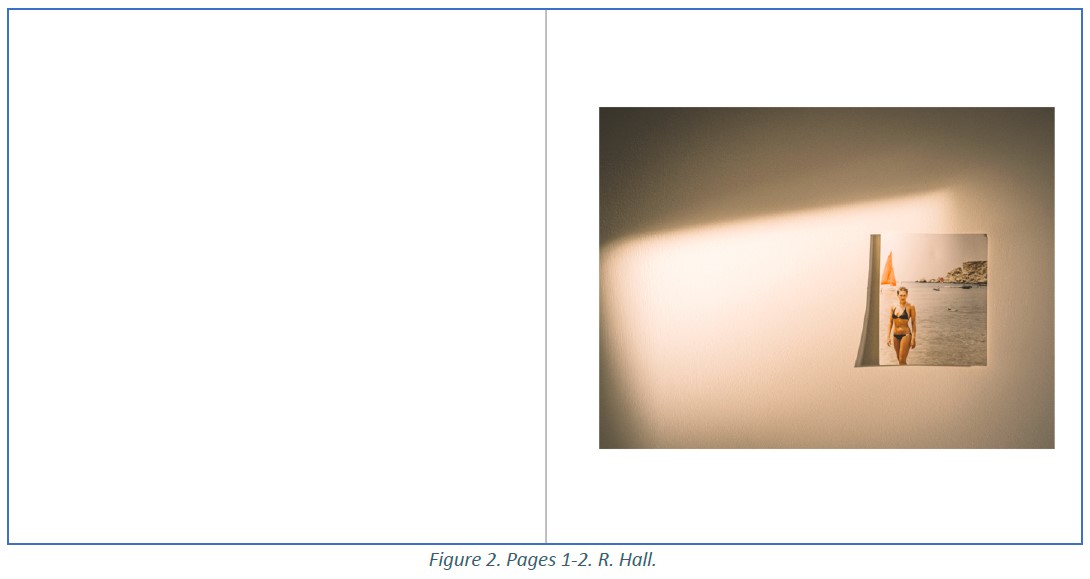 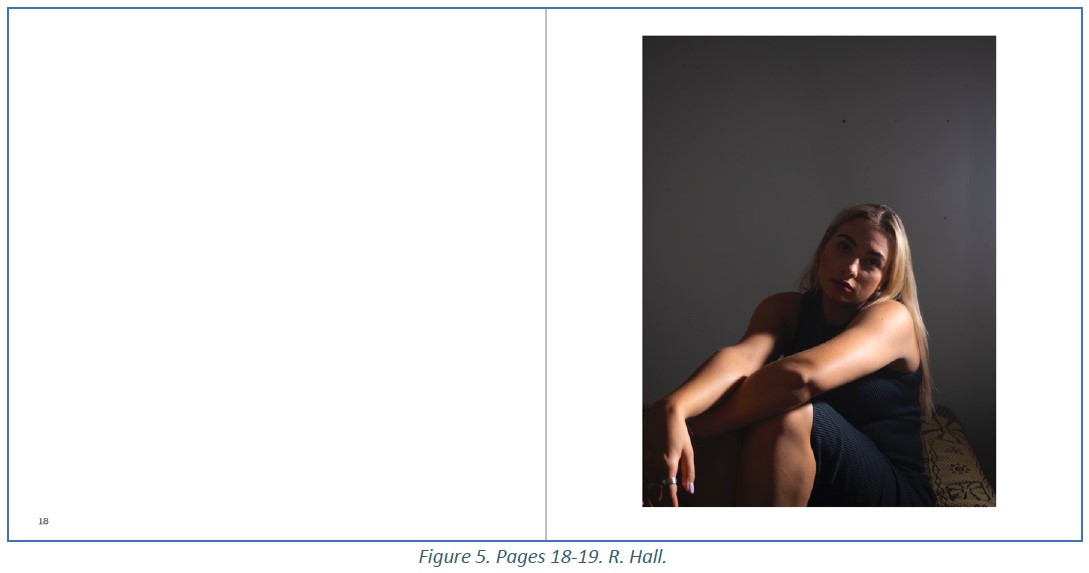 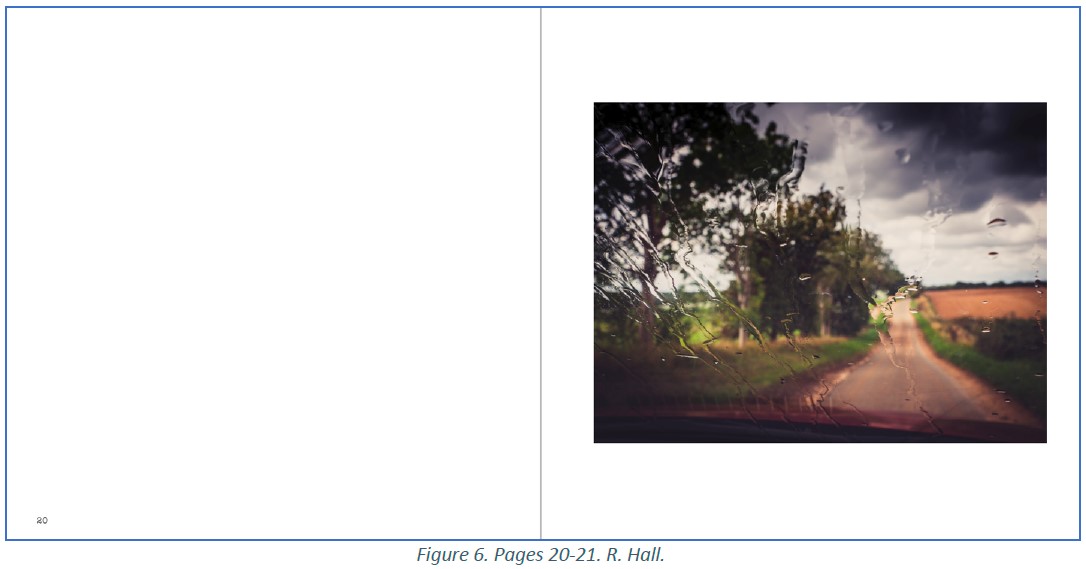 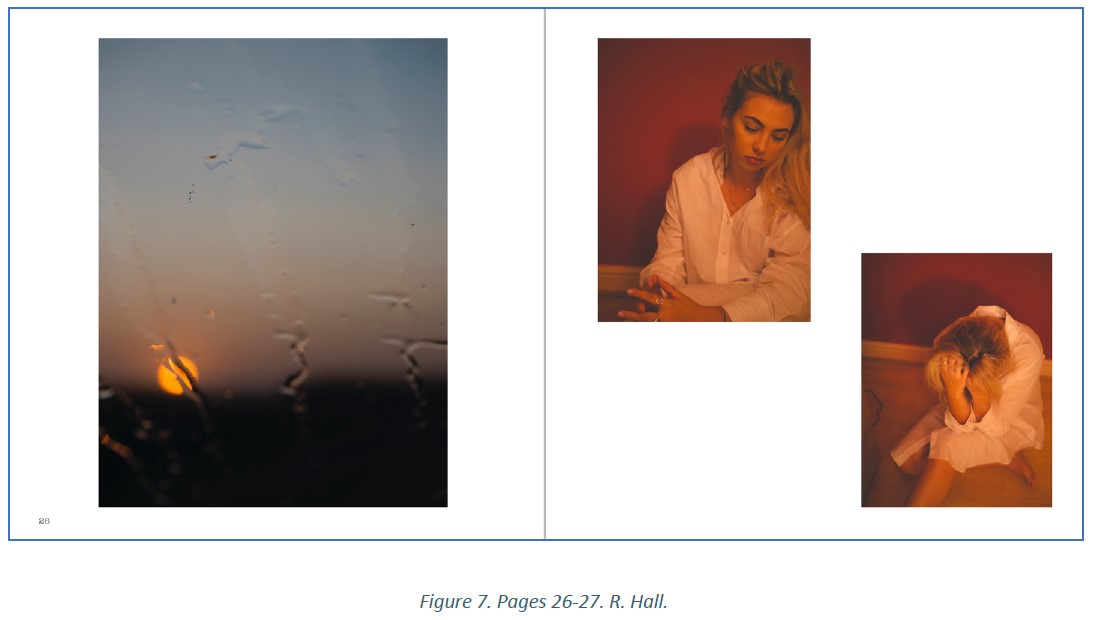 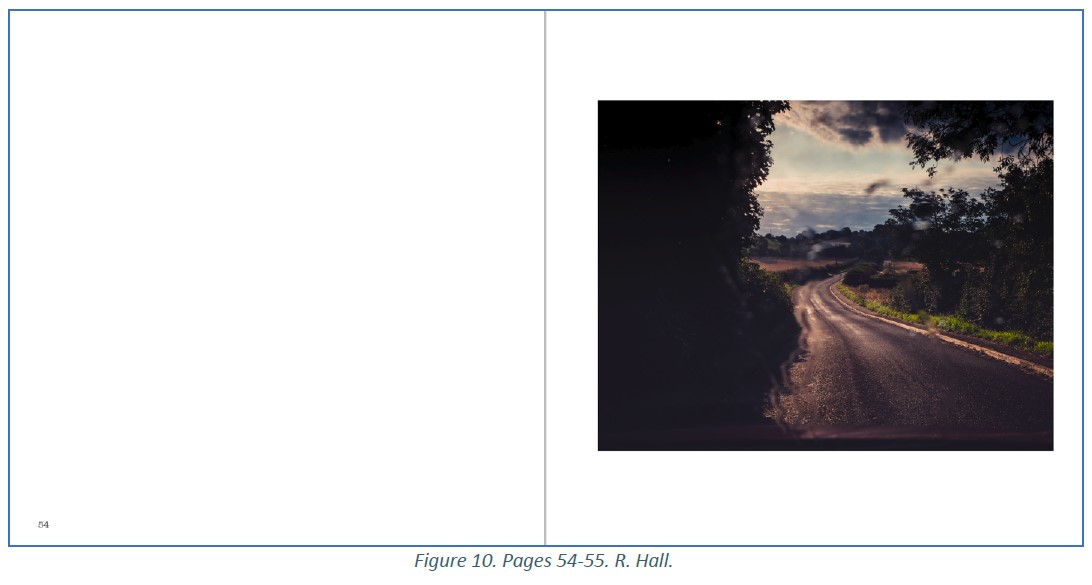 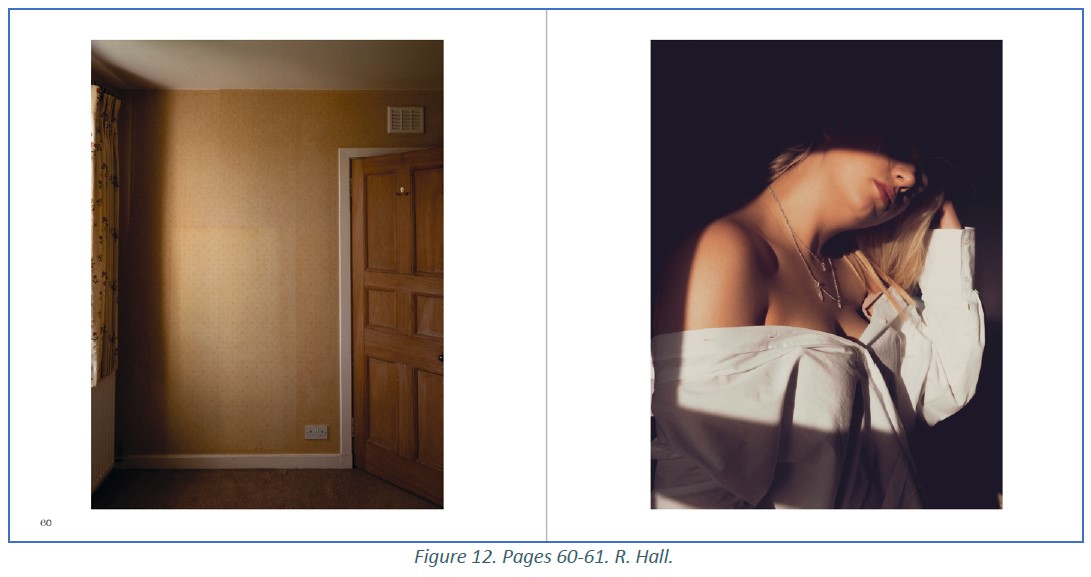 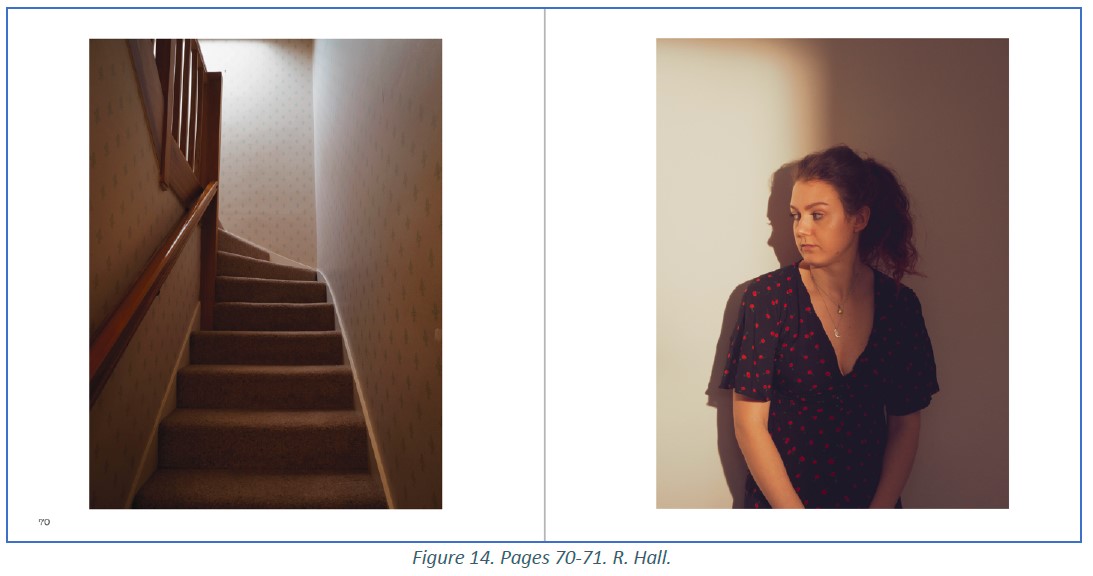