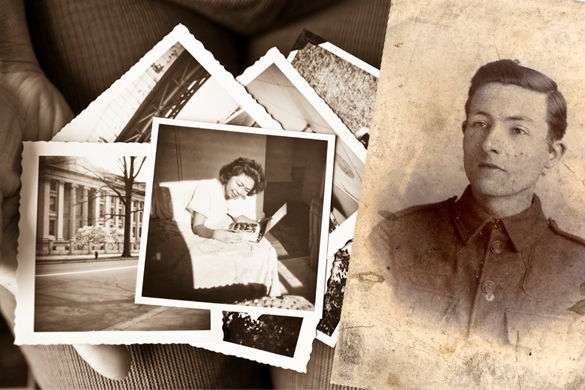 This article was originally published on 21 September 2013.

Many people wish to research historical photographers. Perhaps you are tracing your family history, a distant relative was photographer or you are trying to date an old photograph you have. The following relate mostly to photographers and concentrate on photographic resources. A few selected more general historical resources that often include photographer information are given at the end of this document.

London Boroughs of Lewisham and Greenwich 1854-1939

Yorkshire Coast from Withernsea to Redcar 1842-1900

Michael Pritchard, A Directory of London Photographers 1841-1908 (PhotoResearch, 1996). Out of print but in many libraries, now largely superseded by PhotoLondon

The European Society for the History of Photography published Photohistorica which abstracted books and articles across a wide range of publications of photo-historical interest between 1978 and 1995. A cumulative index covering issues 1-53 (1994) was published in September 1994 and can be a good checklist and starting point for names or topics.

John Hannavy (ed), Encyclopedia of Nineteenth Century Photography, two volumes, (Routledge, 2008). Although some entries are not as rigorous as others it can be good starting point and entries includes references and further reading.

lists of photographers for various places, plus some useful dating aids

Sussex photographers and studios active between 1841 and 1910

a growing database of 33,000 UK photographers, 57,000 studio dates and 61,000 addresses based on trade directories, plus an image collection of over 200,000 Victorian photographs (6000 with sitter’s name). A commercial site - charges apply.

A resource of news and events and forums relating to British photographic history.

Mailing list discussion and sharing of information regarding the dating of photographs produced by portrait and studio photographers in England, Wales, Scotland and Ireland between 1850 and 1950

A collection of Victorian and Edwardian photographs. Some photographer data and links

The National Archives, Kew, hold some business and Stationer’s Hall copyright records as well as census and other records that include biographical data eg naturalisation, war records, wills, etc. www.nationalarchives,gov.uk  The site also has a series of useful information sheets on a range of subjects explaining what records exist and where they can be found.

The London Gazette is the UK publication of record and includes details of partnerships, bankruptcy, etc. It is available and searchable free of charge at www.london-gazette.co.uk

Patents. The UK patents are largely not online from before the 1890s but can be consulted at the British Library or at larger regional libraries. Those that are online can be searched for here: http://gb.espacenet.com

The British Library integrated catalogue is a good place to search for topics and names (as authors or as the subject of a book): www.bl.uk

The most frequently asked question is: ‘are there studio day books or records in existence that would help me date my family photos?’ Apart from the Silvy studio day books and the collection of J Palmer Clarke in Cambridge 1880s-1930s  (http://www.cromwellcollection.org.uk/ cambscoll/about.html)  I am not aware of any organisation holding any British photographic portrait studio day books from the nineteenth or early twentieth centuries.

If you would like this sheet emailed so that you can click on the links please email me. I am also happy to assist with answering questions where I can.