Your web browser is out of date. Update your browser for more security, speed and the best experience on this site.
Find out more
We use cookies and similar technologies to optimise your experience when using this site, to help us understand site usage, and to tailor our advertising on third party sites. Read about Cookies and view our Privacy Policy at the bottom of each page on our website at any time.
A JavaScript execution error has occurred somewhere on this page. The page may not function as intended. Try refreshing before continuing.
Published 08 February 2021

In second-hand bookshops and at car boot sales, I find it impossible to resist any dog-eared copies of Picture Post magazine, the publication that did for the genre of British photojournalism what Life magazine - the inspiration for Picture Post - did for the American genre.  While writing a 'documentary' brief for a class of A-level photography students, I was thrilled to find a link between my home town of Harrogate, Picture Post magazine and, somewhat surprisingly via William Shakespeare, the Hulton Getty picture library in Seattle, Washington, USA.

Edward George Warris Hulton was born in Harrogate in 1906 and, via Harrow and Oxford (where he left without gaining a degree), in 1937 he entered the world of publishing.  He purchased Farmer’s Weekly and founded the Hulton Press but it was the following year, 1938, with the launch of his Picture Post magazine, that he secured his legacy.

The ‘co-founder’ and first editor of Picture Post was the Hungarian filmmaker, photojournalist and author, Stefan Lorant.  Later described as “the godfather of photojournalism” it is Lorant that established the concept of Picture Post as a pictorial news magazine for the masses.  When asked about his innovative use of photography he replied, “It is simple. I tried to use photographs as a composer uses notes. Those which fit into the composition are taken, the others discarded.” (From “The Real Story of Picture Post” by Dr Michael Hallett ASICI FRPS).

In July 1940, having failed to gain British citizenship, Lorant left Picture Post to pursue a career in America.  His assistant, Tom Hopkinson, was appointed as the new editor.  Hopkinson built on the legacy of his predecessor and set the ‘tone’ that would ensure the continued success of the magazine.  Hopkinson steadfastly defended editorial independence, gave page priority to photographs, used photographs as picture stories using impactful page layouts and, perhaps most importantly, he sourced a new ‘breed’ of photographer that set a course for British documentary photography and photojournalism.  Hopkinson said, “… that photographers are thoroughbreds and that text could always be written after the event, but if my photographers do not come back with good pictures, I have nothing to work with.”

The name of one of Hopkinson’s ‘thoroughbreds’ - Bert Hardy - became synonymous with Picture Post.  Hardy started working for Picture Post in 1941 but his defining moment was the Korean War.  Hopkinson described Hardy’s 1950 ‘Korea’ photographs as the finest pictures he had ever received and he planned to publish them over several pages of Picture Post.  Unfortunately, Hulton blocked the story as he felt the harrowing photographs would “give aid and comfort to the enemy.” Hopkinson pushed back so Hulton fired him.  This was a huge mistake and ultimately proved to be the beginning of the end of Picture Post which closed six and a half years later. 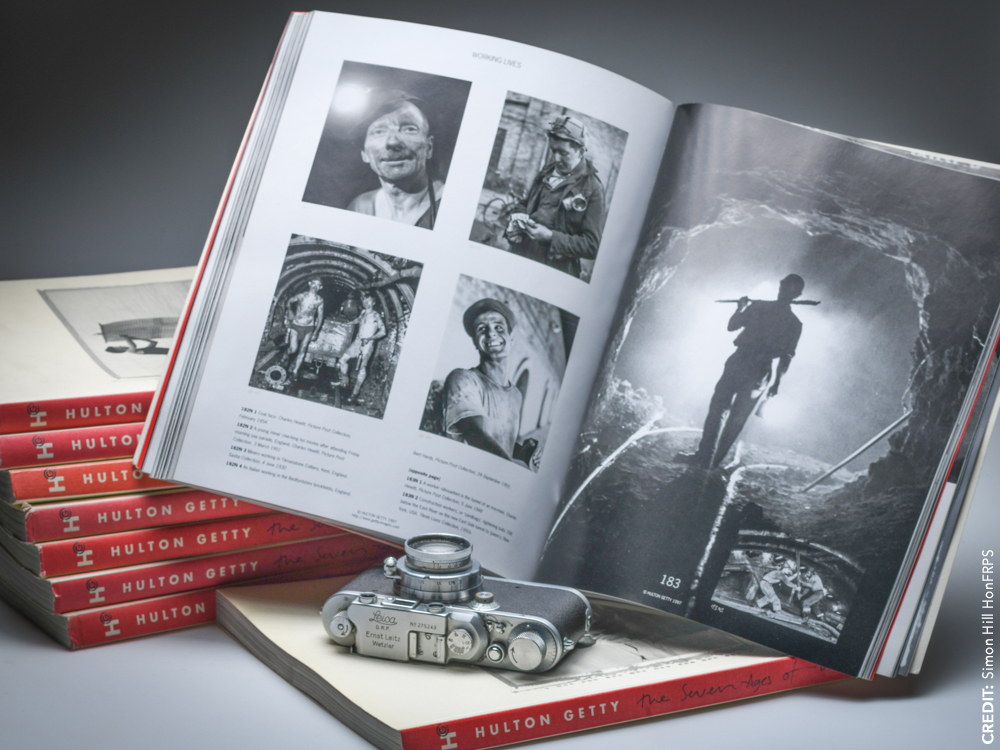 In his 1599 pastoral comedy, William Shakespeare describes the human condition by likening our individual lives to a drama in which a person takes on seven different roles as they progress from birth to death (“The Seven Ages of Man” from As You Like It, Act II, scene vii).  It is perhaps fitting, then, that Getty chose to launch its new acquisition by publishing a selective catalogue of the Hulton Getty Picture Collection presented over seven ‘acts’ inspired by Shakespeare.  At over 200 pages and probably well over 1000 photographs, this catalogue (The Seven Ages of Man, Hulton Getty, 1997) is one of the finest collections of twentieth century British photojournalism ever published.  If you mange to find a copy second-hand - it usually sells for less than £20 - it is certainly worth this very modest cost for such a unique record of the work of the "thoroughbred" photographers of Picture Post magazine.

(inset) The Seven Ages of Man (1997) catalogue of the Hulton Getty Picture Collection.

The Leica IIIa was kindly loaned by Richard Bown ARPS.