Your web browser is out of date. Update your browser for more security, speed and the best experience on this site.
Find out more
We use cookies and similar technologies to optimise your experience when using this site, to help us understand site usage, and to tailor our advertising on third party sites. Read about Cookies and view our Privacy Policy at the bottom of each page on our website at any time.
A JavaScript execution error has occurred somewhere on this page. The page may not function as intended. Try refreshing before continuing.
Published 09 June 2021

On St Patrick’s Day in 1903, Samuel Clemens (more familiarly known as Mark Twain) wrote to Helen Keller, the American author, disability rights advocate and political activist who had been blind and deaf since infancy.  For over 40 years, Keller worked for the American Foundation for the Blind and travelled to 35 countries around the world advocating for the blind.  Fifty years ago, in 1971, Keller was inducted into the Alabama Women’s Hall of Fame and her birthday, 27 June, became “Helen Keller Day.”

In his letter to Keller, Clemens (Twain) reflected on the process by which inventions (and he also mentions photographs) are almost always the result of effort by many individuals and that it is usually the last person to be involved that is credited with the invention, while all previous contributors to the invention are forgotten:

"It takes a thousand men to invent a telegraph, or a steam engine, or a phonograph, or a photograph, or a telephone or any other important thing - and the last man gets the credit and we forget the others. He added his little mite - that is all he did. These object lessons should teach us that ninety-nine parts of all things that proceed from the intellect are plagiarisms, pure and simple; and the lesson ought to make us modest. But nothing can do that."

This principle eventually became known as “Stigler’s Law of Eponymy”, eponymously named in 1980 by Professor Stephen Stigler, a statistics professor at the University of Chicago.  To help ‘prove’ his own law, Stigler credited the eminent sociologist Robert K. Merton (1910-2003) as the discoverer of Stigler's Law.

Exactly 100 hundred years ago today, 30 June 1921, the French engineer and inventor Jules Carpentier (1851-1921) died in Joigny, France.  Carpentier is most famously credited with the design of the submarine periscope although, true to Stigler’s Law, he wasn’t the inventor of the periscope.  Carpentier was also very involved with photographic science; he contributed to the development of the trichromic (three-colour) process of colour photography and, from 1890, he designed and built photographic and cinematographic cameras.  In 1901 Carpentier patented (Patent Number GB 1139/1901) a photographic enlarger for correcting converging verticals:

"I have investigated the law which governs the correlation between the inclination of the plane of the negative and that of the sensitised surface to that of the optical axis of the lens ... and I find that the relationship is this: If the two planes are sufficiently prolonged they must intersect in the plane perpendicular to the said axis and passing through the optical centre of the lens." 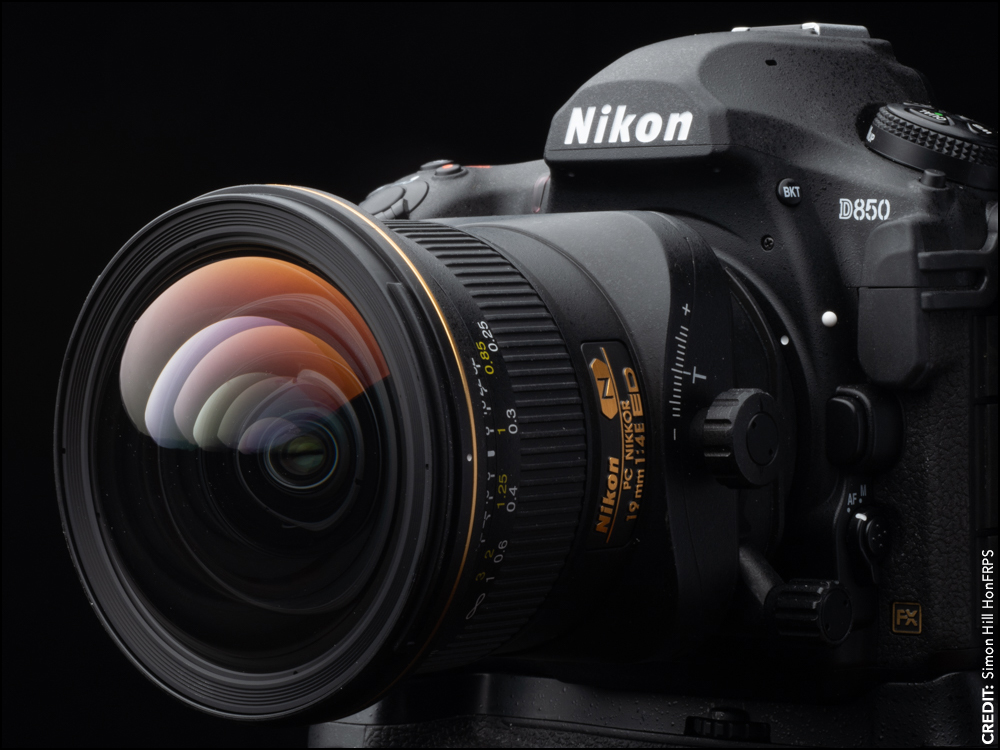 This principle of inclining optical planes to correct distortion was also a technique used by an Austrian army captain, Theodor Scheimpflug (1865-1911), for correcting perspective distortion in aerial photographs.  Scheimpflug later elaborated this principle to the control of the plane of focus in a view camera where the lens plane and the image plane can be tilted to provide a plane of focus that intersects the lens and image planes at the same point.  The eponymous “Scheimpflug Principle” became an essential technique employed by studio and landscape photographers who use a view camera (which allows independent “movement” of the lens plane and the image plane).  Scheimpflug himself disclaimed inventing the principle and, in his patent (Patent Number GB 1196/1904), he cites Jules Carpentier’s earlier patent, providing a further example of “Stigler’s Law”.

View camera “movements” have been available since the earliest days of photography but it is only since the 1960s that they have been available to small-format photographers.  In 1961 Nikon introduced the PC-Nikkor 35mm f/3.5, a lens that utilises a larger-than-normal image circle to allow for ‘shift’ - where the lens is moved up, down or across but always keeps the lens plane parallel to the image plane - very useful for photographing architecture and avoiding converging verticals.  Twelve years later, in 1973, Canon introduced the TS 35mm f/2.8 SSC which also had a larger-than-normal image circle but provided both ‘tilt’ and ‘shift’ - the ‘tilt’ function finally enabling photographers to employ the Scheimpflug Principle to small format photography.  Today, several camera manufacturers and a few independent lens manufacturers produce tilt-shift lenses for small and medium format cameras.

Although the ubiquitous Adobe Photoshop allows photographers to correct verticals through distortion of the digital image, no amount of digital manipulation can recover lost resolution in areas of the subject that are further from the camera position, nor can it correct for insufficient depth of field: we still need Scheimpflug (with more than a 'Stigleresque' nod to Carpentier).

(main)  A Sinar P2 4x5" view camera fitted with a Nikkor-W 360mm f/6.5 large format lens.  This lens provides an image circle of 494mm diameter at f/22 which is sufficient for a film format of 11x14" so a combination of substantial tilt and shift is possible with 4x5" film.  Also pictured is a facsimile of Twain's letter to Keller, an illustration (circa 1930) of a British naval officer using a submarine periscope, and first edition (1981) of Kodak's Professional Photoguide ... probably my most consulted book at art college and still kept in my camera bag (forty years later); the photoguide is open at the pages for "View Camera Perspective" which provides a visual guide to the different combinations of tilt and shift required to achieve control of perspective and depth of field.