Your web browser is out of date. Update your browser for more security, speed and the best experience on this site.
Find out more
We use cookies and similar technologies to optimise your experience when using this site, to help us understand site usage, and to tailor our advertising on third party sites. Read about Cookies and view our Privacy Policy at the bottom of each page on our website at any time.
A JavaScript execution error has occurred somewhere on this page. The page may not function as intended. Try refreshing before continuing.
Published 17 May 2021

Early in the Second World War, between 26 May and 4 June 1940, over 330,000 members of the British Expeditionary Force (BEF) and Allied soldiers were evacuated from the beaches of Dunkirk, in northern France.  Known as Operation Dynamo, the evacuation was recorded by two conscripted photographers, Lieutenant Edward “Ted” Malindine and Lieutenant Leonard “Len” Puttnam.  Such was their dedication to this task that after having been evacuated once from the beaches of Dunkirk, at great personal risk they returned on one of the small boats to photograph the evacuation a second time. 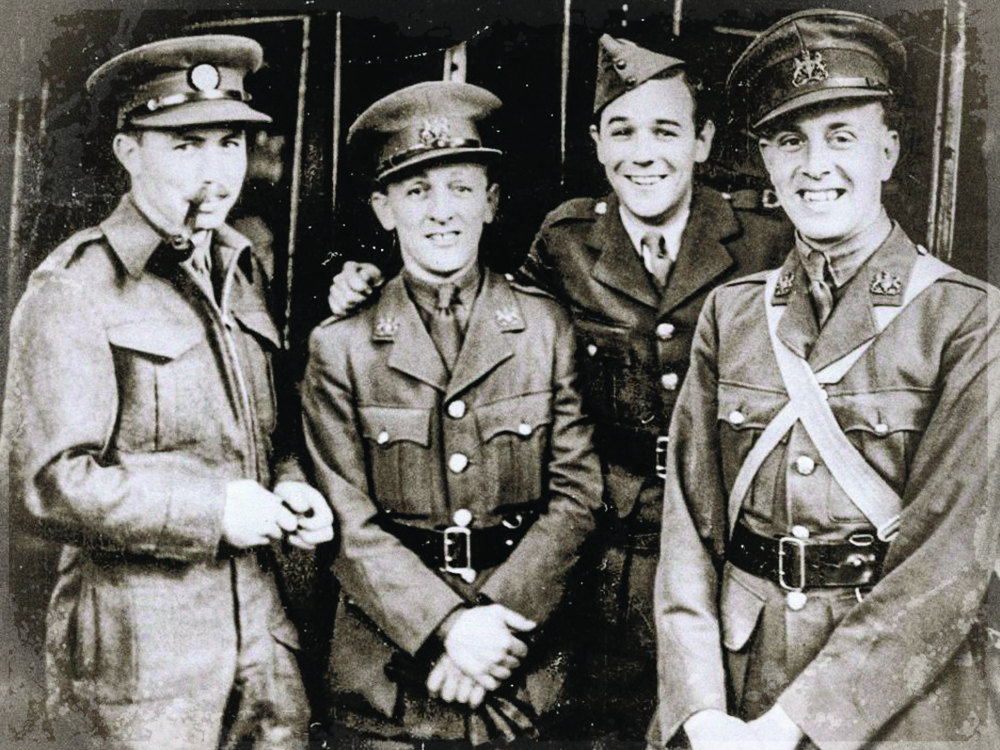 Operation Dynamo owes much of its success to the efforts of British and French forces at the Battle of Arras, an Allied counterattack in the Battle of France (10 May to 25 June 1940).  The Arras counterattack took place on 21 May 1940 as an attempt to cut through the German spearhead and frustrate the enemy’s advance.  Although a German victory, the panic created by the counterattack caused the Oberkommando Der Wehrmacht (German High Command of the Armed Forces) to halt the advance of the panzer corps.  This pause allowed the Allies sufficient time to reinforce the Channel Ports and fortify the western approaches to Dunkirk, making possible the Dunkirk evacuation which began five days later.

On the very day in which the Allies were being repulsed by the Germans at the Battle of Arras, a group of photographers and imaging scientists was gathering at the premises of the Royal Photographic Society on Prince’s Gate in London.  They were crowding into a meeting room to hear a lecture and demonstration by a former President of the Society, Frank Forster Renwick HonFRPS.  The subject of Renwick’s lecture was a variable contrast printing paper - Ilford Multigrade - the original idea for which was patented in 1912 by a German chemist, Rudolf Fischer, at the Neue Photographische Gesellschaft (New Photographic Society) in Berlin-Schöneberg.

In 1898, Renwick joined the Britannia Works company in Ilford, Essex.  The company was founded in 1879 by Alfred Hugh Harman for the manufacture of photographic plates from the basement of his home in Cranbrook Road, Ilford.  Due to ill health, Harman retired from the company in 1897 but returned in 1900 when the growing company, then Britannia Works Ltd, was planning to rename as Ilford Ltd.  This renaming drew objections from Ilford Urban District Council which argued that the company had no right to assume the town's name.  Harman apparently ignored the Council’s objections and, in 1900, Britannia Works Ltd became Ilford Ltd.

Although still a small company, Ilford was becoming a major player in the photographic market, so much so that, in 1902, George Eastman - the founder of the Eastman Kodak Company - sought a merger of Kodak and Ilford.  Harman, who still held a significant shareholding in Ilford, supported the merger.  However, the directors of Ilford felt that Eastman’s proposal was nothing more than a takeover and they eventually persuaded Harman to preserve the independence of their company.

Renwick left Ilford in 1922, to take up a position with DuPont but after only three years he was lured back to Ilford.  Following his work on the standardisation of photographic paper contrasts, in 1930 Renwick was promoted to Research Director and turned his attention to the investigation into how a single paper could provide various contrast grades. 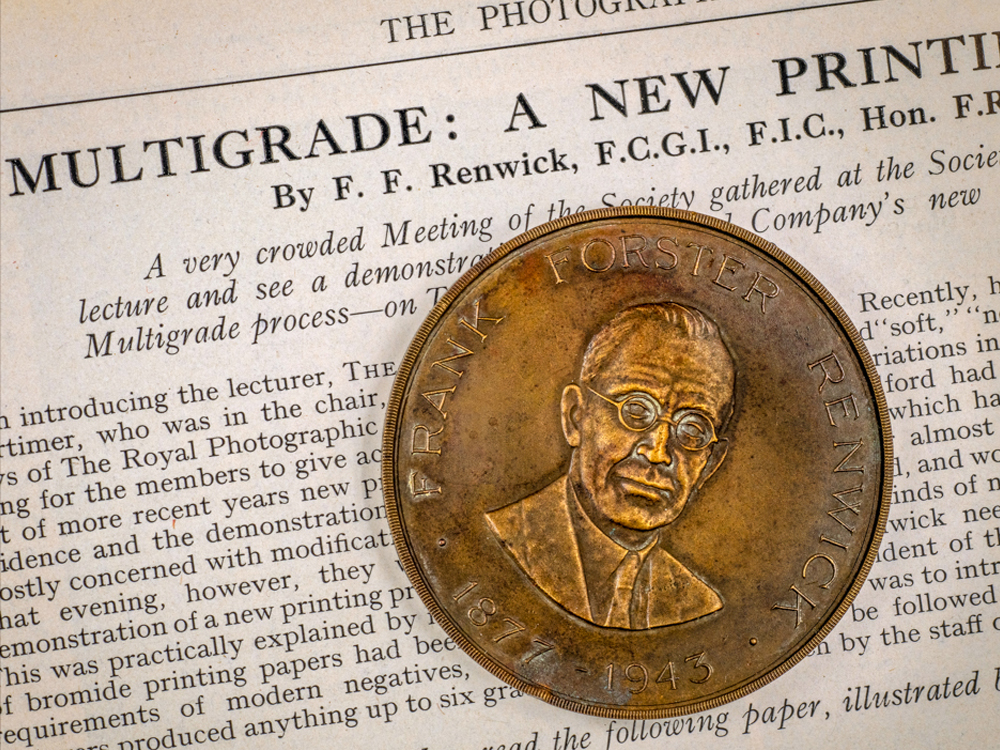 In the early autumn of 1936, Renwick finally succeeded in creating an emulsion that enabled various contrasts by employing different colour filters during exposure.  Further refinements led to the development of the new product that Renwick described in his lecture to the RPS:

The manufacture of Multigrade paper was halted on 20 February 1945 when a German V-2 Vergeltungswaffe-2 (Retribution Weapon 2) rocket hit the Ilford factory.  Manufacture of the variable contrast paper was resumed by Ilford in February 1953 (the year in which the rather unusual Ilford Envoy camera was introduced) and the product remains available today, as Multigrade V.

The campaign medals and soldier’s service book belonged to 5047976 Pte Joseph W Harrison (later BEM), batman (personal orderly) to Colonel (temporary Brigadier, later Major-General) William Robb DSO MC (later CBE) commander of 9th Infantry Brigade (part of 3rd Infantry Division) of the British Expeditionary Force (BEF).  Robb was promoted in the field to the rank of temporary Brigadier by Major-General (later Field Marshal) Bernard Montgomery and awarded the Distinguished Service Order in recognition of his leadership during the retreat to and evacuation from Dunkirk.  Pte Harrison’s service book records that he was evacuated from Dunkirk on 28 May 1940.

The Ilford Envoy was an unusual Bakelite box camera introduced by Ilford in 1953.  The camera featured a curved film plane to compensate for the poorly corrected Optimax lens and included focussing instructions engraved on the lens surround, “For faces, pull out; For places, push in.”  The model was discontinued in 1960.