Your web browser is out of date. Update your browser for more security, speed and the best experience on this site.
Find out more
We use cookies and similar technologies to optimise your experience when using this site, to help us understand site usage, and to tailor our advertising on third party sites. Read about Cookies and view our Privacy Policy at the bottom of each page on our website at any time.
A JavaScript execution error has occurred somewhere on this page. The page may not function as intended. Try refreshing before continuing.
Published 04 January 2021 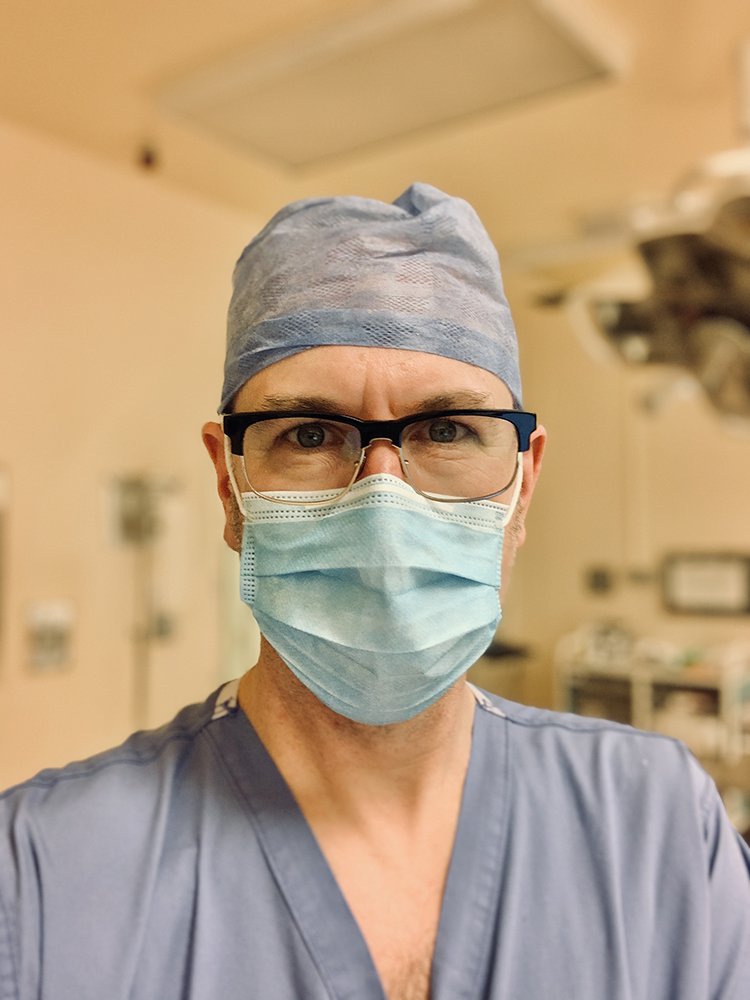 This is the eighteenth blog in a series on COVID-19 and lockdown, edited by contemporaryweb@rps.org and contemporarydeputy@rps.org

When I was invited by Avijit Datta of the RPS Contemporary Group to write a blog about working in the NHS during COVID-19, my initial reaction was that I wanted to be able to articulate something different to that which I have already published in print and online media.  It’s around nine months since I started photographing in the hospital where I work as an Operating Department Practitioner (ODP) and seven months since my photo of a colleague appeared on the front page of The Guardian newspaper.

In the intervening time, the country has undergone a seismic shift in the way we are forced to live our lives.  COVID-19 has brought with it a trail of pathological and social destruction.  It has polarised society along the lines of evidence versus anecdote and in many ways compounded fissures that were already evident after the political upheavals of the last few years.  Social media has a lot to answer for.  My life has also changed.  These photos raised my profile as a photographer beyond any intent or expectation.  I’ve also faced my own personal health battles.

COVID-19 put an already stretched, underfunded, and largely demoralised NHS into a tight corner.  It was evident that something significant was about to hit us from the news stories internationally, particularly from Italy.  Being professionals, we meticulously prepared for what might arrive, despite it being something that we had never experienced before.  The area where I work in South Wales was one of the worst hit in the country.  Many areas are deprived as a result of the same swingeing cutbacks that have also affected the NHS over the last few decades.  Furthermore with a traditional industrial/post-industrial working-class community based in narrow valleys, where families tend to live in very close proximity and an open-door culture exists, we were ripe to fall and we were hit hard.

My project ‘All in a Day’s Work’ was designed to examine who we were as healthcare professionals working under extraordinary circumstances imposed by COVID-19.  I had no desire to photograph patients in distress.  What concerned me most was that the government were engendering a culture of holding up NHS staff as heroes (clapping for the NHS on Thursdays, rainbow posters in windows), yet had persistently pushed through policies that made it harder for us to look after our patients, who were drawn from the same demographic who were now clapping for us every Thursday night and who, in many cases, themselves facilitated the strains put upon the service at the ballot box.  Essentially, I was very uncomfortable at what I saw as hero worship of NHS professionals being used as a distraction method by politicians and I wanted to show the human faces behind the idealised and eulogised image of doctors, nurses, allied healthcare professionals and auxiliary staff.  The name of the book is a direct reference to that feeling.  Ultimately as I wrote in the book’s introduction, each one of the people portrayed in these photos is a hero/heroine in my eyes, but that’s not good enough.  A health service cannot survive by mythologising its staff.  It needs proper investment and the political and national will in order for it to fulfil its remit.  Sadly we appear to be losing that battle and also losing the backing of some members of the public.  As I mentioned earlier, COVID-19 has polarised the country, with many perceiving it as a means of a government to control its citizens.  I’ve even been accused of being complicit in that process; a government shill, and most laughably, biased because I work in a hospital.

What I hope I’ve achieved with these photographs is to show the realities behind the façade.  I wanted to capture not only the moments of despair and desperation on the faces of exhausted staff, but also the lighthearted events that bond us together as a team and give us the strength in adversity to battle what gets thrown at us.  I’m happy that I’ve managed that.  I could have gone on to shoot more but I feel that every project, particularly a topical news project, needs a finite end for maximum impact.  As a photographer it is important to ask yourself what more you can add to a project by continuing to shoot and I’m not sure there was anything else I needed to say.  I’ve found some of the Covid work I’ve seen to be almost glamourising or over-dramatising the subject and in turn feeding into the hero worshipping with which I am uncomfortable.  Obviously, expectations of a body of work and methodology are subjective in any field and photography is no exception.  There is a place for multiple approaches.

I alluded earlier to my own health battles.  I was on the wrong end of a bladder cancer diagnosis in June and after a period of several weeks out of work following an emergency operation to resect a tumour, I’ve opted for a more sedate working life.  I’m still in anaesthetics, but now in a day surgery unit away from the daily threats and stresses of COVID-19.  My colleagues however are still very much at the coalface, being hammered on a daily basis.  This crisis is still very, very real and although a vaccine offers up the hope of a brighter future, we have some way to go and NHS still need the backing of the public.

Unusually for a news story All in a Day’s Work was shot entirely on film; a mix of Tri-X and HP5+, using an Olympus XA3 and home processed.  The beauty of the Olympus is that it was completely unobtrusive allowing me to get intimate and candid shots with the minimum of intrusion.  Importantly it was also very easy to keep clean, and small enough not impinge on clinical duties.  The book mixes observed moments with a few portraits.  It just goes to show that the medium is still valid in the world of fast-moving photojournalism.

Editor’s Note: David’s year has recently been featured again in the Guardian Newspaper.  The first two editions of his book ‘All in a day’s work’ sold out in 36 hours.  The third edition is available from https://www.staticage.co.uk/