Your web browser is out of date. Update your browser for more security, speed and the best experience on this site.
Find out more
We use cookies and similar technologies to optimise your experience when using this site, to help us understand site usage, and to tailor our advertising on third party sites. Read about Cookies and view our Privacy Policy at the bottom of each page on our website at any time.
A JavaScript execution error has occurred somewhere on this page. The page may not function as intended. Try refreshing before continuing.
Published 13 September 2022
RPS Landscape Group

As Shakespeare wrote of “May’s new-fangled mirth” the weather did seem to be toying with us on a workshop led by Philip Bedford to the Firle Beacon and the wider South Downs on the 19th May. We were treated to three seasons from dawn to midday, which never failed to obscure the beauty in this East Sussex corner of England’s newest National Park.

Meeting up pre-dawn at 4:30 in the car park, after quietly introducing ourselves so as not to disturb those camping nearby, we then marched up to a ridge alongside the 217 metres high Firle Beacon.There we positioned ourselves overlooking a series of gently rolling contoured hills. But the hope of a dramatic sunrise that would burst through and illuminate the slopes were confounded, though on several occasions we thought that there may be a light show of note. At one point, an area of the sky showed real promise over cloud-capped Mount Caburn that prominent landmark east of Lewes and 3 miles from where we were, but it never really spread over towards us, despite Phillip’s animated gesture to virtually drag it in our direction. Despite that, as we waited for the scene to develop, Philip pointed out the opportunities to focus in on the hill contours and keep vigilant for developing clouds and mist.

The peaceful scene of the carpeted slopes around us of cowslips and buttercups was then quickly obscured with a fastly spreading clump of cloud at our level of elevation. In response we headed over the ridge to see if we could pick out isolated detail as the grey curtain repeatedly descended and raised. Its thickness was such that there was rarely a subtle gradation of opaquess. The individual trees and copses simply disappeared and reappeared, and even the white exposed chalk paths looked a subdued grey. 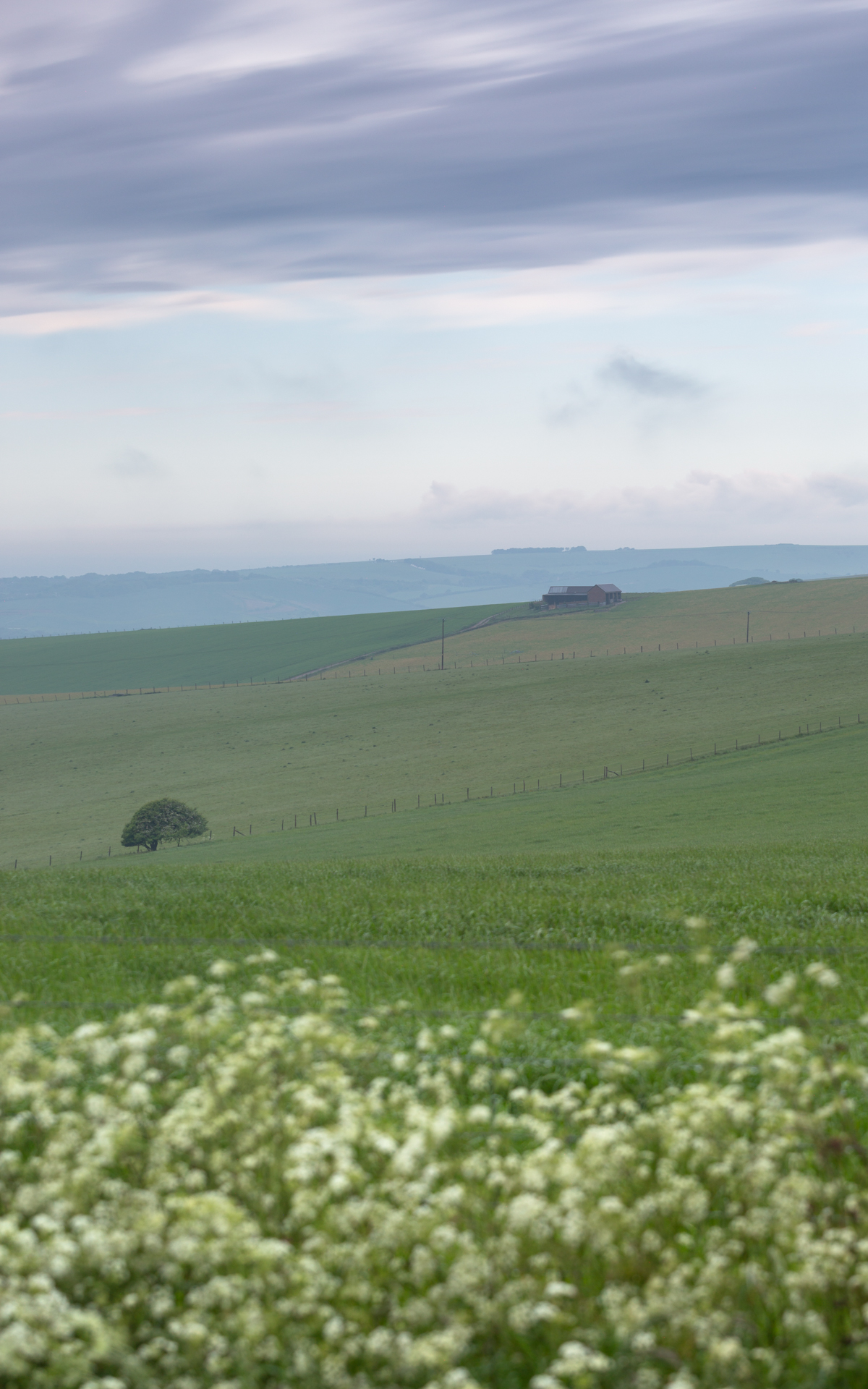 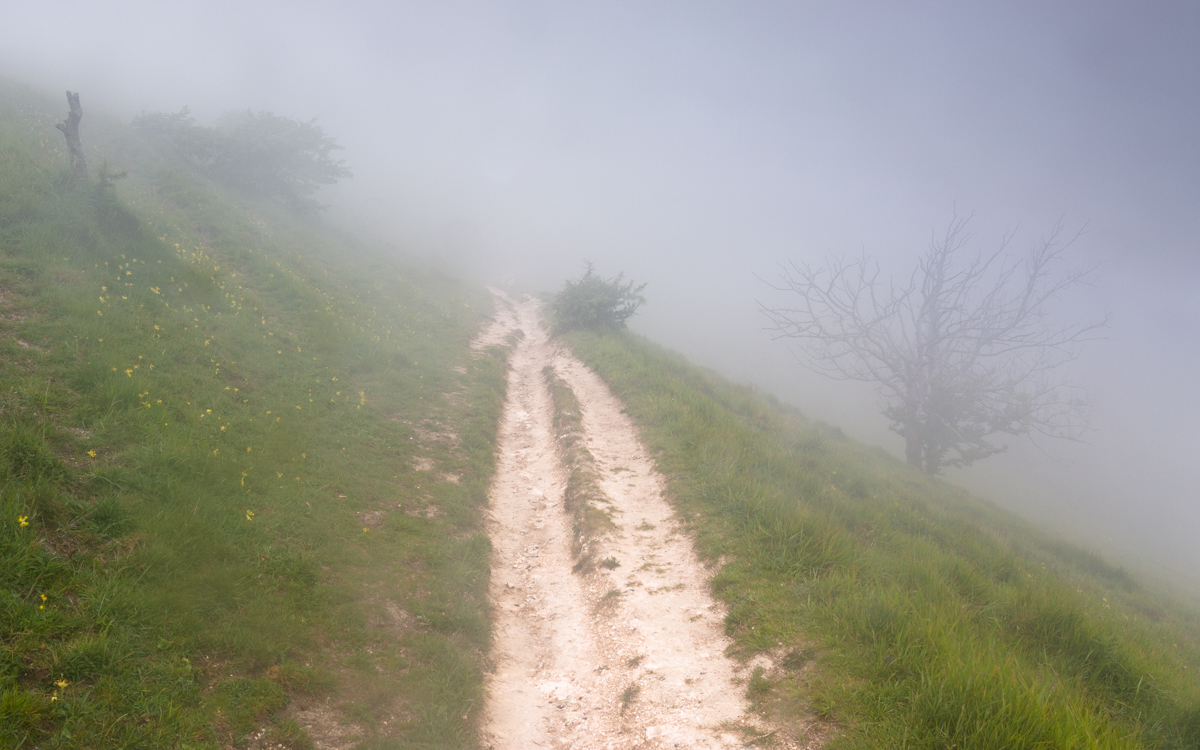 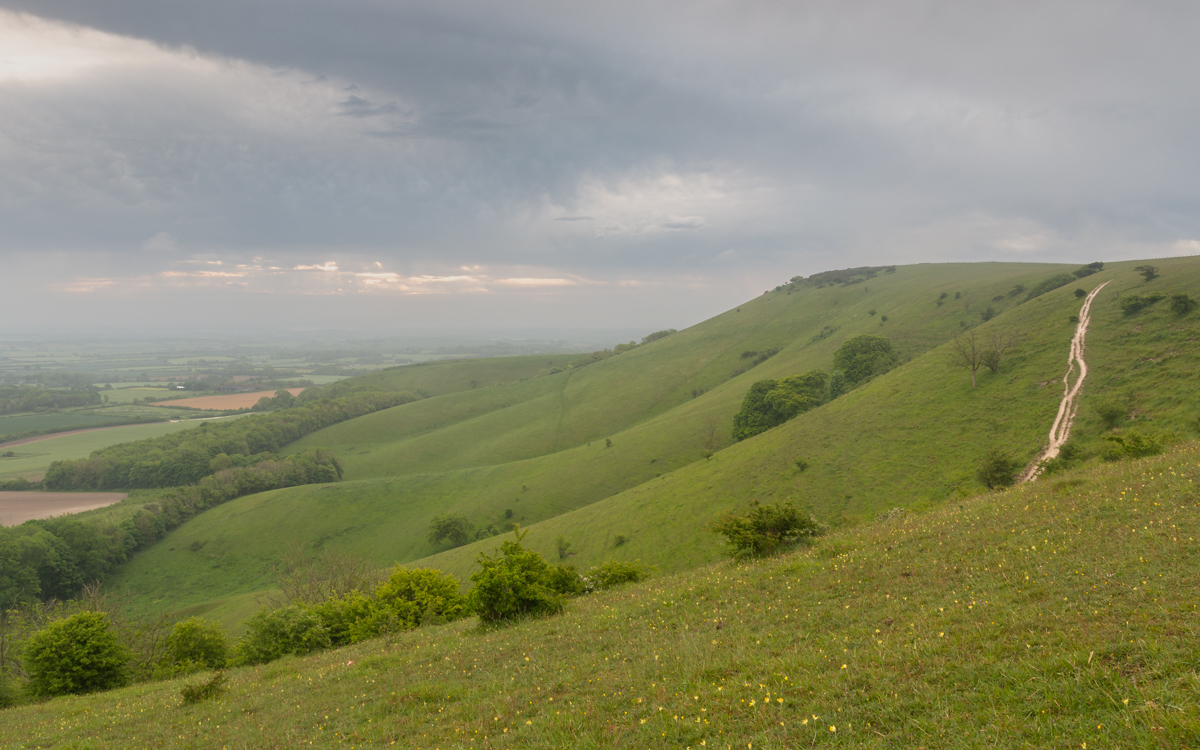 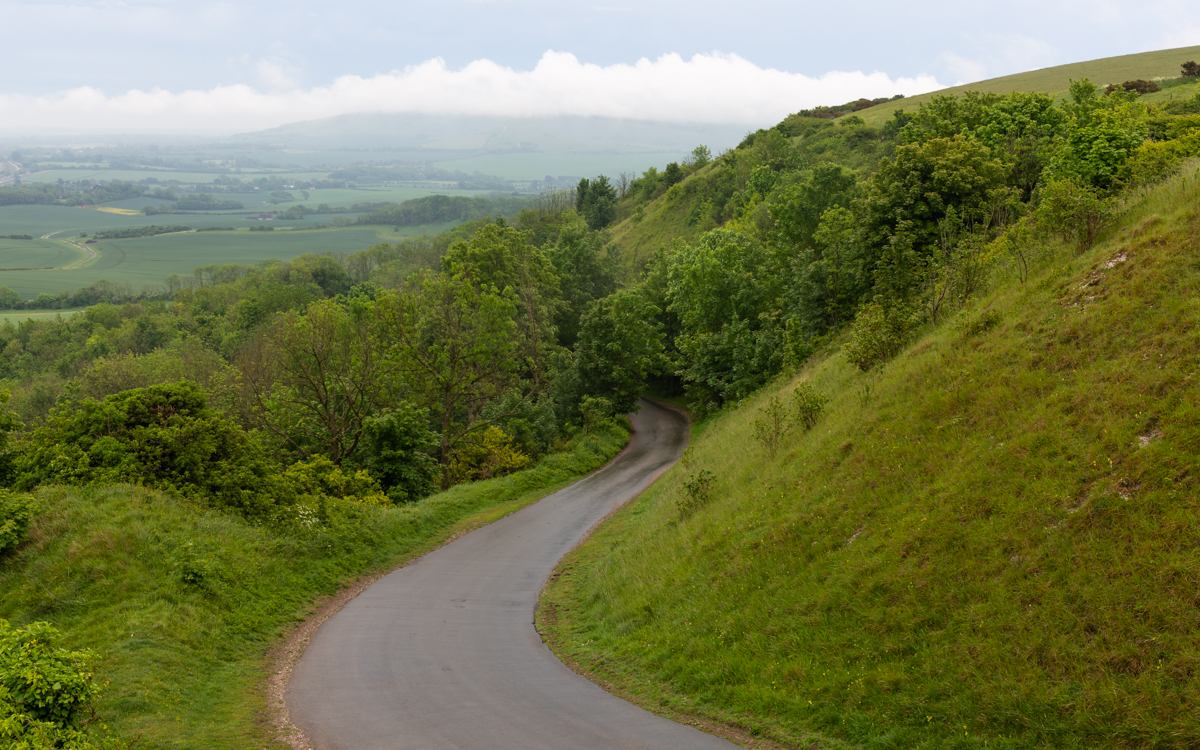 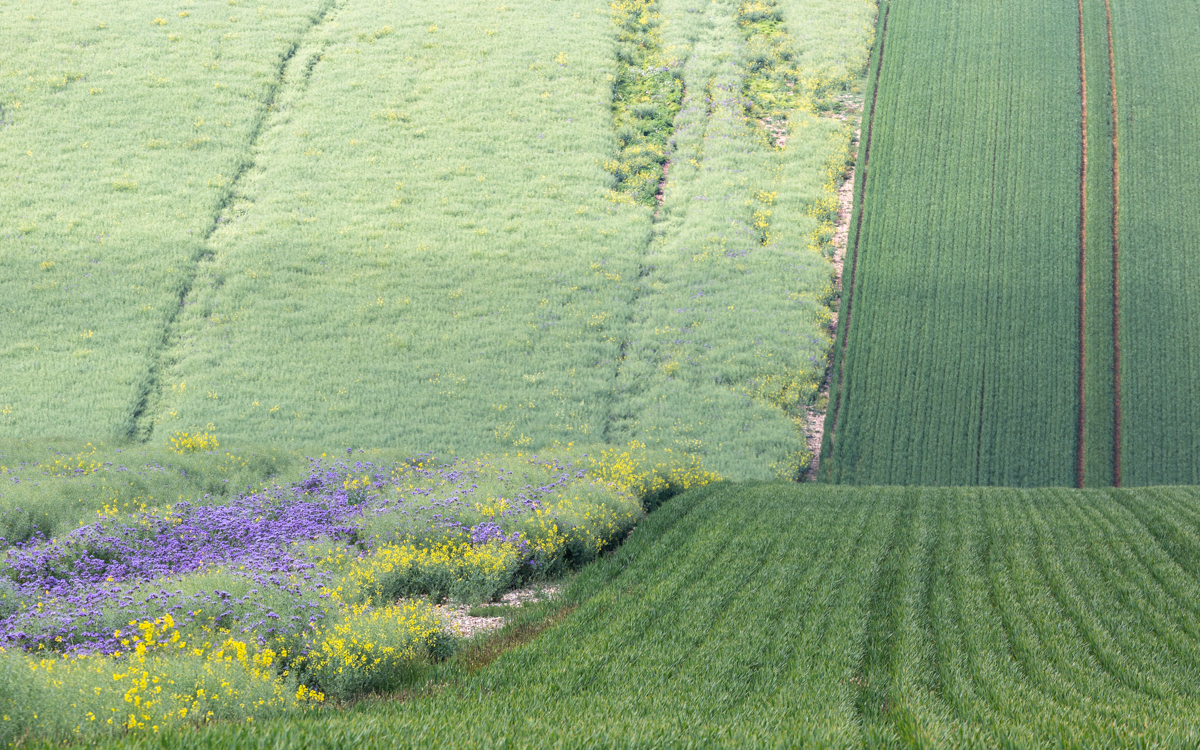 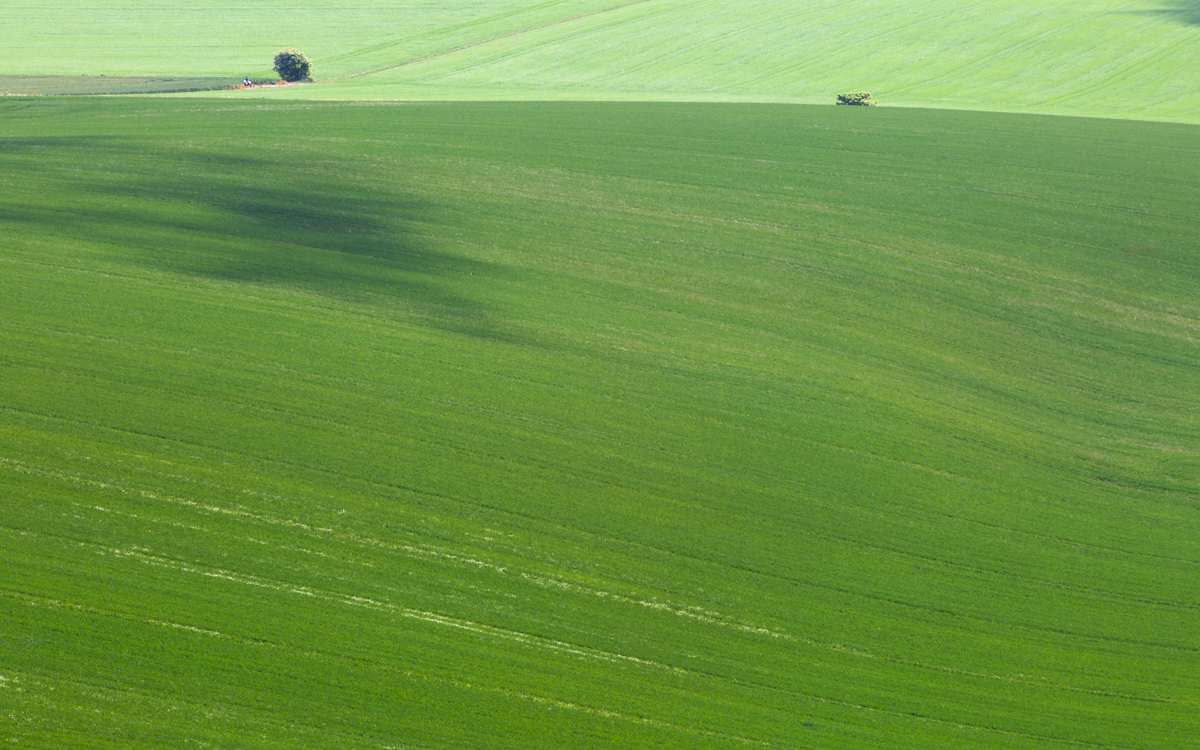 Horse in Field By Phillip Edwards

With the murk not threatening to lift, Philip decided to guide us back down to the car park to see what other vista presented themselves from the South Downs around us. By the time we’d returned visibility was improving and there he outlined alternative composition approaches that would work well in this environment, including using a longer lens and a wider aperture to look into the scene through placing an out-of-focus foreground to focus the viewer’s eye on the subject in focus in the background. A bank of white and frothy cow parsley on a verge side provided an opportunity to explore this technique.

Taking an hour’s break for breakfast, earlier than planned, proved fortuitous, as the day’s forecasted rain made a rather robust appearance. By the time we left Firle Beacon and drove the 5 miles to Bopeep, it had cleared. Due east from our first location further along the South Downs Way, Philip now gave us the opportunity to explore a number of views across Alciston and Berwick. The countryside seemed revived from the downpour it has been subject to, and the greens were vibrant, under a clearing sky. 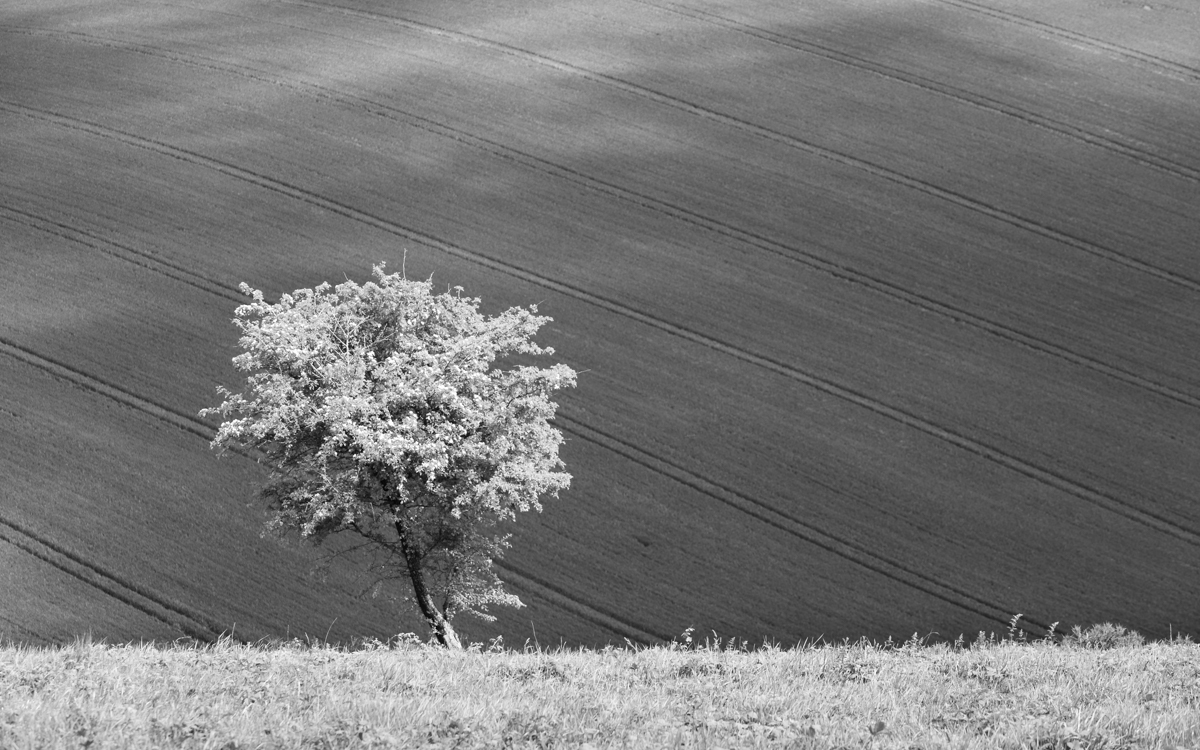 Tree against field By Phillip Edwards 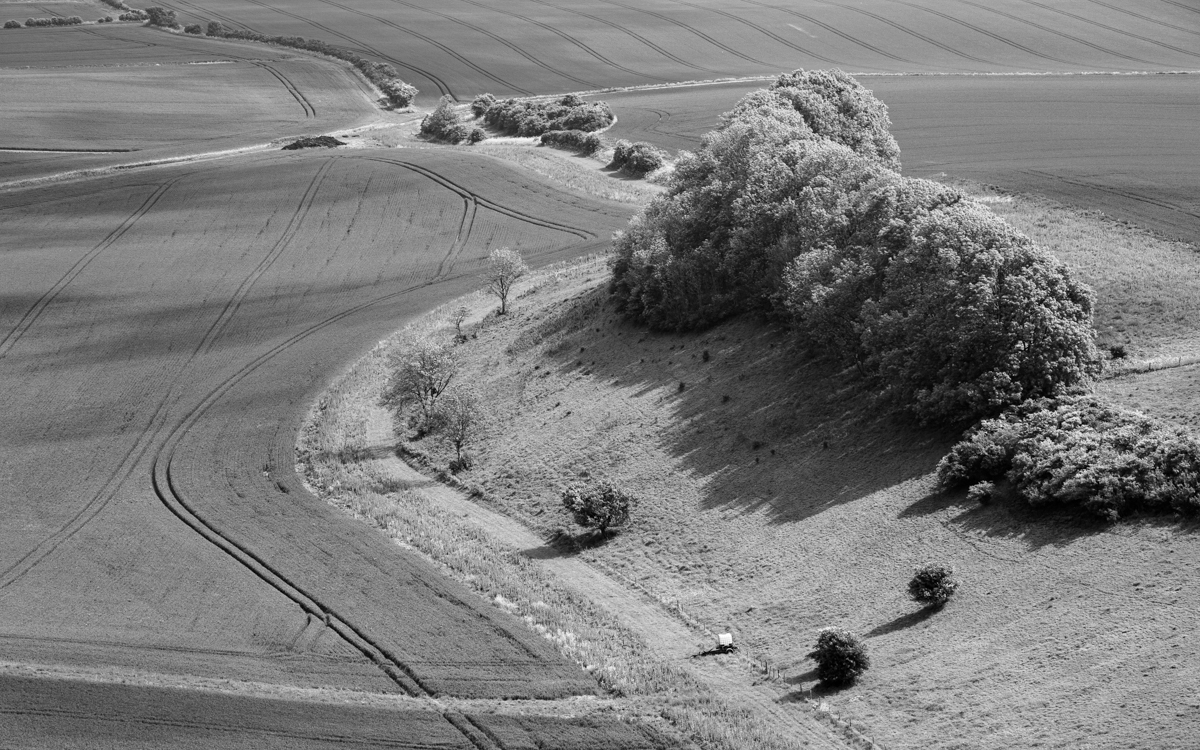 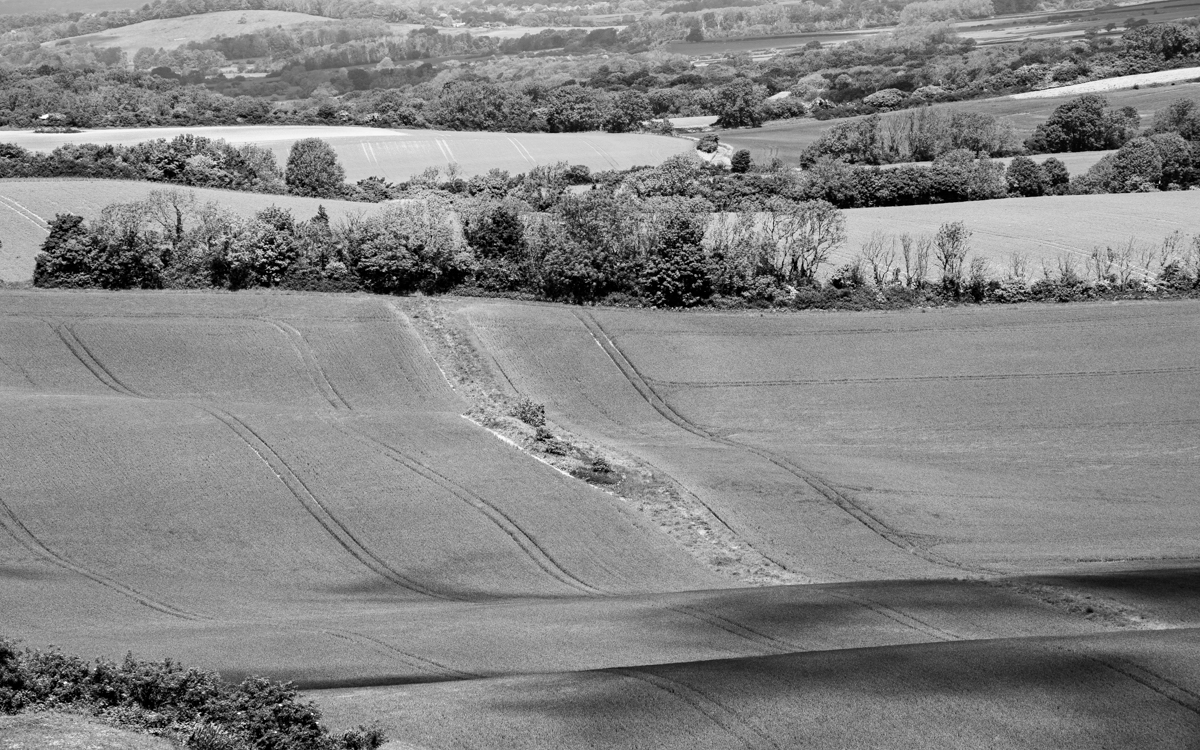 We then undertook a 2 mile walk south east along the South Downs way overlooking fields of emerald green that had been ploughed with lines of a precision that made them look as if they had been manicured for the owner’s dedication to aesthetics alone. The opportunities for landscape photography were broad. Should a wide angle be employed to capture the breadth of the field layouts laid out before us while waiting for the perfect balance of cloud shadows and sun, or should the telephoto lens be attached to focus in on the detail of the field’s undulations in a more abstract way? A mixture of both were attempted, as was the consideration of varying between colour and monochrome - the green of the field were luminescent, but the consistency of the tonal range invited a capture of the contrast between light and shadow. The final stage of the workshop was enjoyed sloping down a hill to capture individual trees and buildings separate from the green sea that they were immersed in. The heat of a midday sun made the march back to the car park back up the hill a bit of a trudge, though made easier by the friendly chats with those who came on the workshop, and the friendly strangers we encountered horse riding, dog walking, cycling and hiking on the way back - it was time to let them enjoy the space. Thanks to Philip for a great day of guidance and inspiration, as well as the loan of a tripod when mine decided to break.

All images © By Phillip Edwards

This article was featured in the RPS Landscape Group's Newsletter, June 2022.