Your web browser is out of date. Update your browser for more security, speed and the best experience on this site.
Find out more
We use cookies and similar technologies to optimise your experience when using this site, to help us understand site usage, and to tailor our advertising on third party sites. Read about Cookies and view our Privacy Policy at the bottom of each page on our website at any time.
A JavaScript execution error has occurred somewhere on this page. The page may not function as intended. Try refreshing before continuing.
Published 02 January 2023 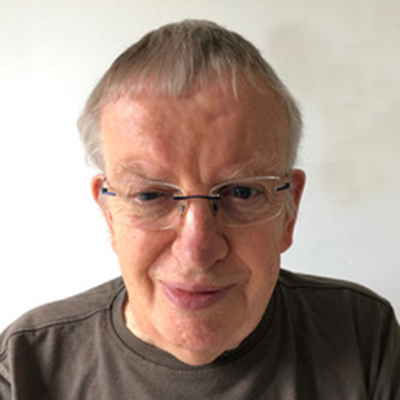 I hope everyone had a good Christmas and New Year! In this Newsletter we have exciting news about the future of the Newsletter. In this edition we changing the way the Newsletter is laid out and distributed. The system used up to this edition has been cumbersome and inefficient. The committee has agreed to use a new system. Articles including text and images should be sent to me exactly as previously. The Newsletter will be generated and then each item in the Newsletter will have a thumbnail image and all the thumbnails in the Newsletter will made into a list and that list will be what you receive. The difference between from previous editions is that each item will be clickable and viewed on the Landscape Group’s Pages on the RPS website. The advantages are that we should be able to get the Newsletter out faster and because each item is clickable, you can read each item from the email or from the Landscape Group’s website at a later date. there is an item or items that you don’t want to look at you needn’t click on them. (There are other advantages which are technical and beyond a humble editor to fully understand or explain.)

Now for some more news about the world of camera manufacturing. Canon has cut back on its previous public ambitions for reducing its carbon footprint. Anyone who has signed on to the Paris Climate Agreement has agreed to aim for a 50% reduction in CO2 emissions from 2008 levels before 2030.

This has been confirmed by a consensus of climate scientists as the only way to limit global temperatures to a 1.5-degree increase, and avoid the worst effects of environmental disaster. As spotted by Eco-Business Canon has released its latest data on carbon emissions to the CDP, a non-profit organisation that tracks companies' carbon use in line with the Paris Climate Agreement

After failing to stay on track for its original goal, Canon has now dropped its ambitions to a 30% reduction in CO2 levels from 2018 to 2030. According to an analysis by Transition Asia an East Asian NGO that scrutinises sustainability pledges, this is actually only a 27.8% drop from 2008 when compared to the originally promised 50% drop.

Canon has been criticised for not taking its climate action seriously enough. However both Nikon and Sony are significantly behind their planned reductions and almost all big multinationals are falling short of their targets.

In this edition of the Newsletter we have 4 articles describing interesting places to visit with your camera. In addition there are all the usual items, including Richard Ellis’ last Chair Chat as he is standing down from the Post of Chair.

Wishing all members of the Landscape Group a happy and prosperous 2023.