Notice: Our website is currently undergoing updates, during which time event bookings, user logins and membership registration and renewals are unavailable. Find out more. 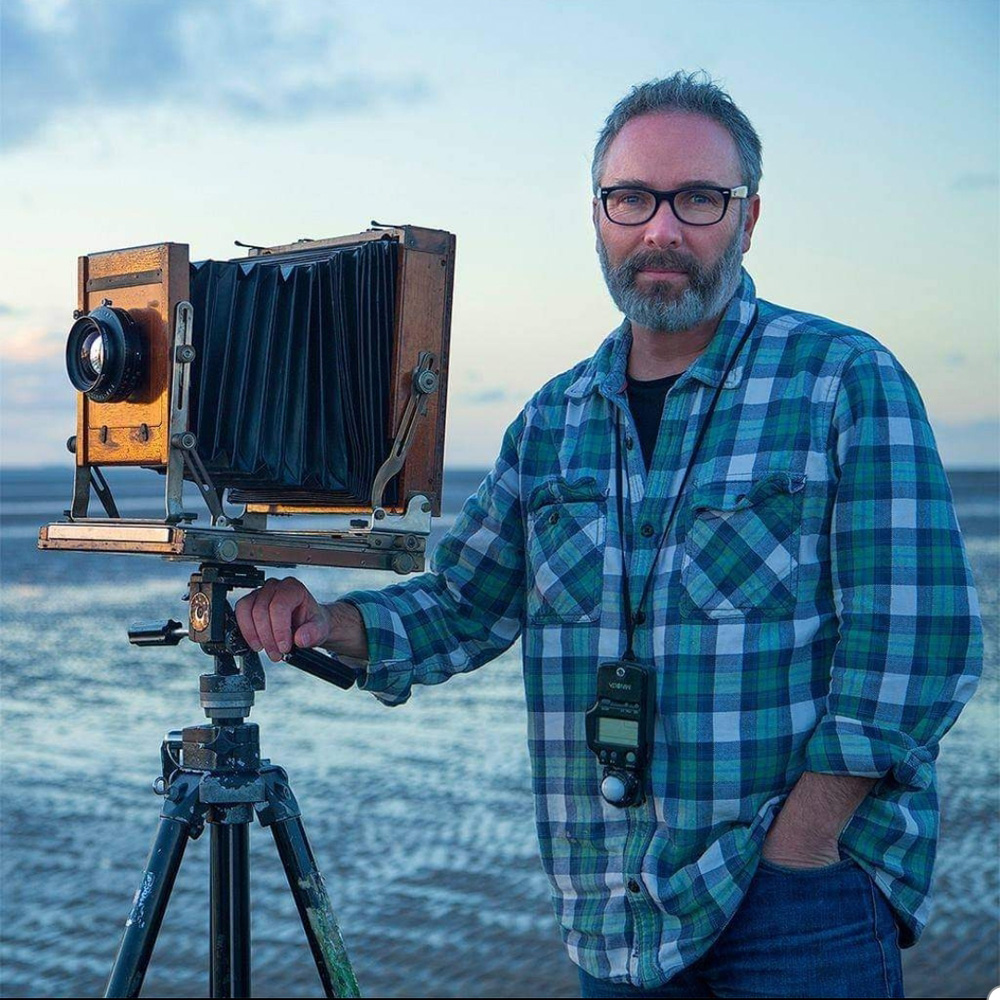 This is the thirty fifth blog in a series on COVID-19 and lockdown, edited by Avijit.Datta@rps.org and contemporaryweb@rps.org

The series, Bank Top, is partly the result of many years of inter-related projects I’ve been working on across the north of England. In much of my work, I can see concerns and themes that have developed over the years – the same concerns that made me want to be a photographer in the first place and Bank Top is a continuation of that.

Paul Strand once said, “I want to use photography as an instrument of research into and reporting on the life of my own time”; I think that is very much my approach. I’d like the work I make to have a value beyond the news agenda and to stand as a testament to the times we are living in for future generations. That may be a grand aim and I may not always achieve it, but when I look back in history it is the work of Dorothea Lange, Walker Evans, Lewis Hine, Paul Strand and countless others that have given me a perspective on history. Today there are people like LaToya Ruby Frazier following in their footsteps and I really believe that that work is critically important.  It’s important to create a visual record of our cultural, social and political history and if I can add a little bit to that conversation then I’ll be satisfied.

I first came to photography in the mid-80s as a student. I didn’t study photography, but the 80s were a very politically charged time and my first forays with a camera were photographing student demonstrations and rallies in support of the miners and other workers whose livelihoods were being torn apart by the new policies of Thatcherism – later to be rebranded as neoliberalism. It was a time of great turmoil, the effects of which we are still seeing and feeling today and the divisions that period created are still reverberating across society. I think my work, my politics and my social conscience are all deeply rooted in what happened in that decade.

After leaving university I travelled to Central America and then, on my return, I took a one-year post-grad degree in photojournalism at the London College of Printing (something that was possible in those days – don’t get me started on student tuition fees!).

Immediately afterwards I joined The Independent. I was lucky, this was in the Indy’s black and white heyday and I really learned my trade alongside the best newspaper photographers of their generation, Brian Harris, John Voos etc. The Independent was a place where we were encouraged to be journalists, as likely to go to the news desk and say ‘I need a writer for a story I’m working on’ as the more traditional other way around. We were definitely not there just to illustrate writer’s words. I think that lesson stuck.

Within a few years though I was frustrated with daily news and the requirement that every story be told with just one picture. I wanted to dig deeper. That’s when I started working on longer term projects and supported myself with books and commercial work.

I’m not sure I have photographic ‘techniques’, I’m more intuitive than that and use whatever equipment or technique I feel is suitable for the project I’m working on. Of course, I shoot digitally for almost all of my commercial work and for some of my personal work too, but I still use film, especially when shooting large format. It’s horses for courses, but I find that working in large format on film is still a process that can’t be replicated digitally. It’s not just the quality of the film, it is the whole process, the camera, the ground glass, the depth of field and the exacting nature of setting it all up. It just feels different, both to me and to those I photograph, I guess. I’m very visible in the street, I’m not hiding away, and so a portrait becomes a collaborative exercise – an exchange that although sometimes only 20 minutes can be quite intense and intimate… in the middle of the street!

This Bank Top work was shot on a 1952 Deardorff 10x8 field camera. That’s kind of irrelevant, but people like to know. I’m not nostalgic for old processes or old cameras, this just does the job I want better than any other instrument. Why would I change?

Going back to the work though, the impetus behind it was a desire to challenge the representations and misrepresentations of northern communities. Blackburn was labelled by the BBC Panorama programme as ‘the most segregated town in Britain’ and this incited a lot of anger in the town. Blackburn Museum and Art Gallery then invited me, on the back of my other work SIXTEEN and Thatcher’s Children’, to work on a project they were developing called ‘Kick Down the Barriers’ – a way to challenge this prevailing narrative and present another Blackburn. I worked closely in collaboration with writer and social researcher Abdul Aziz Hafiz and together we examined a lot of the social, industrial and cultural history of Blackburn and its communities in an effort to set contemporary experience within the context of that history. The way Blackburn and other northern towns or other marginalised communities are misrepresented in the media is, I believe, not only lazy journalism, but is dangerous and divisive. Presenting thriving mixed communities as downtrodden and segregated may play well with the editors and producers of TV shows who want a quick tag line to attract audiences, but they have a responsibility here and must be challenged when making assertions that can then so easily become an accepted narrative far removed from reality. There is a danger, too, that presenting communities as segregated actually creates segregation and feeds the so-called culture war that is being talked up by those in power who benefit from ‘divide and rule’.

The work started in mid to late 2019 and continued throughout 2020, right through the first phases of the COVID-19 pandemic. In some senses the difficulties of working during this time have influenced the work I made – some of the 2019 and early 2020 pictures are made indoors in people’s houses for example, whereas from summer 2020 everything was made in the street to be COVID-19 secure. But it was also interesting and informative to see the media reports about COVID-19 and the focus on communities coming together, the early simplistic discussion and thinly veiled prejudice evident in stories about how the pandemic was rife in places like Blackburn and Bolton. Often this discussion was ill-informed and testifies, yet again, to the simplistic narratives surrounding working class and minority ethnic communities. There was little talk, for example, about the kinds of roles and public facing jobs people in these communities have – the kinds of roles that lead them to be more exposed to the virus in the first place – it seemed always to be about ethnicity and culture, once more diverting attention away from low pay, housing crises and social inequality. Of course, it also appeared to be a revelation to many that communities came together in the face of this crisis, but as many people know, working communities on terraced streets have always been tight-knit and supportive of each other. It may have been a surprise to some, but to the people of Bank Top and other neighbourhoods, that kind of solidarity is a given and one of the reasons the community stays together and thrives.

And so, all of this I hope came out in the work that Aziz and I made – a collaborative effort that shows that what is actually true in Blackburn is that it is has always been a place of ‘congregation’ for people from all over the world, never a place of segregation. It is the wealthy and powerful that segregate themselves in our society, not different cultural, ethnic or faith communities, but we don’t describe gated private estates as ‘ghettoes’, do we? This is a piece of work about social structure and class and inequality. It is about the legacies of industrialisation/de-industrialisation, about failed social governance and about contemporary and colonial foreign policy.

His work is held in the collections of Hull Maritime Museum, Salford University and the University of St Andrews.

The new RPS strategy, ‘Photography for everyone’  https://rps.org/about/strategy/ has diversity, inclusion and internationalism at its heart.